Last week I was at HEC, a prestigious French business university near Paris.  At one point, I taught a class of young, new-intake students, the cream of their generation, attending HEC to be given the best training possible in order to become the executives of the future.  Their first project was to look forward to 2035, and to imagine how it might be and what might be the role/shape/approach of a particular corporation at that time. So the poor things got 2 hours with me (you have to feel for them).  During the Q&A our discussion got onto flying, and the extent to which it would, or wouldn’t, be possible in 2035, which was when it all got very interesting.

It came up that I don’t fly (apart from, since 2006, one trip – more on that here), and that given that climate science says we need to get our carbon footprint down to around 3 tonnes per person per year from the current average of 9 (for the UK), and a flight to New York and back from the UK uses more than 1 year’s allowance, flying will be, by necessity in 2035, little more than an occasional luxury.

This group of young people consider themselves to be global citizens.  Many of them are international students, thinking nothing of flying home in the holidays, holidaying elsewhere, taking work placements on the other side of the world.  Flying regularly is considered as everyday as eating and breathing. Looking back, it was fascinating how the discussion took the group through at least the first four of Elizabeth Kubler-Ross’s ‘Five Stages of Grief’. 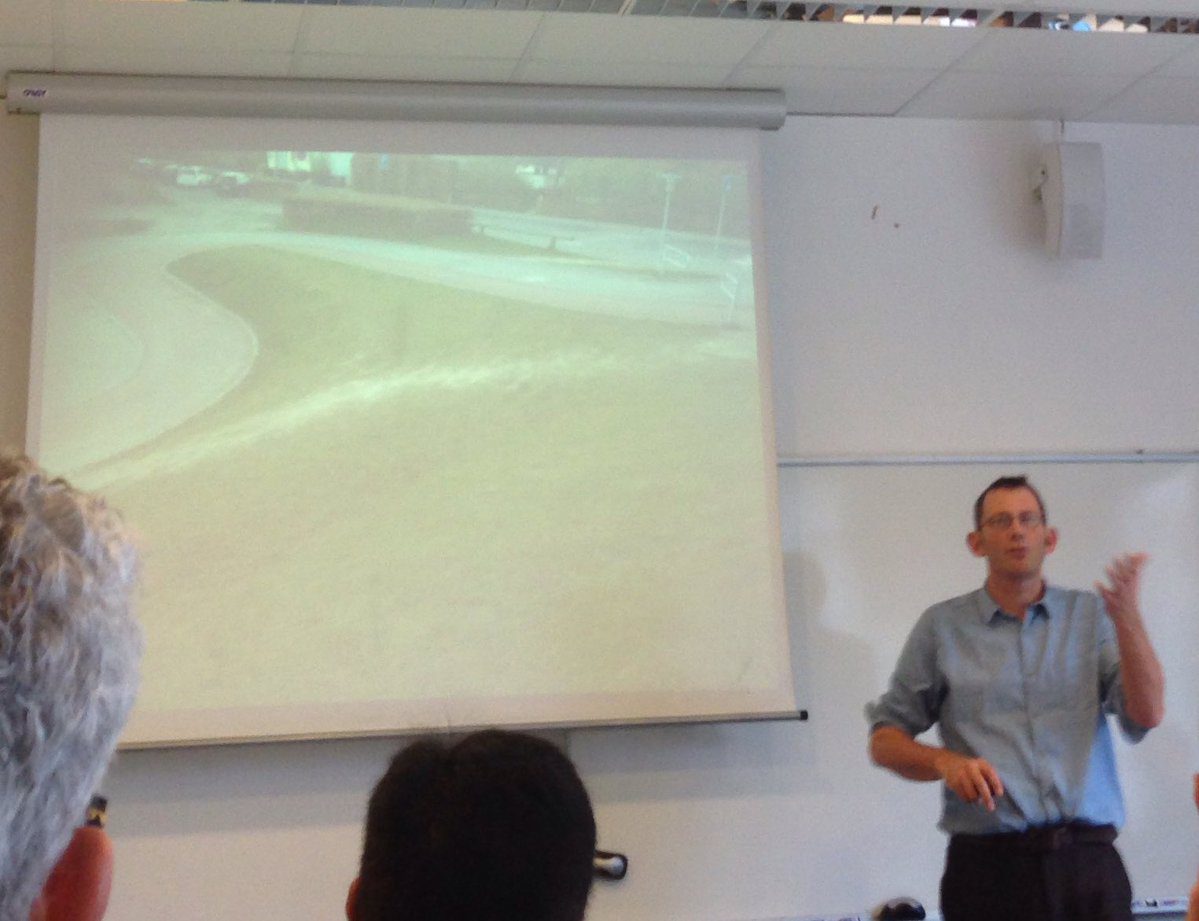 We started with denial.  We talked about what Universities might look like in 2035, especially ones as international as HEC.  Surely cutting back flying to any meaningful extent by 2035 is impossible given the nature of Universities today, ran one student’s argument.  I countered that Universities would be forced to adapt to the world around them, and that perhaps the concept of international study would only become an option if combined with Slow Travel, something more akin to the Grand Tour of Victorian times.  Online courses would become much prevalent, or simply studying closer to home.

For me, denial is best countered by George Monbiot in his book ‘Heat’ when he captures the essence of the debate: “the growth in aviation and the need to address climate change cannot be reconciled”.  Aviation, he argues, needs to be cut by 87% if we are to stay below 2 degrees, and our target actually needs to be under 1.5 degrees.  It’s not a question of whether we open a new runway at Heathrow, rather which of the 2 existing ones we close, and that’s just for starters.

But, one student pointed out, the air industry’s projections are for a huge increase in air travel by 2035.  I reflected that that was what you would expect of the aviation industry, a self-fulfilling prophecy.  We know that ‘predict and provide’ is a failed model in terms of cars and roads, so why does it still go unquestioned in relation to flying?

We then moved on to anger, albeit rather muted, a sense of quiet indignation at the idea.  To this I pointed out that for me, the reduction in the amount of flying is inevitable, and to start living that way will make the shift much less traumatic.  If all the UK’s airports closed tomorrow, it would affect me very little, whereas 10 years ago I would have found that very upsetting.  Get ahead of the curve.

Then we were on to bargaining.  “But surely we could have alternative fuels?” one young man asked.  “Such as?”  “Electricity? Biofuels?”.  I pointed out that batteries large enough to enable a passenger plane to fly long distances would render the plane so heavy it’d never get off the ground, and that creating a renewable energy grid sufficient to power our economy, homes, and, potentially, electric cars in a low carbon way, is already a monumental challenge, never mind adding in the aviation sector.  Biofuels are possible, but are basically the taking of food from the mouths of poor children in order to keep the rich flying. 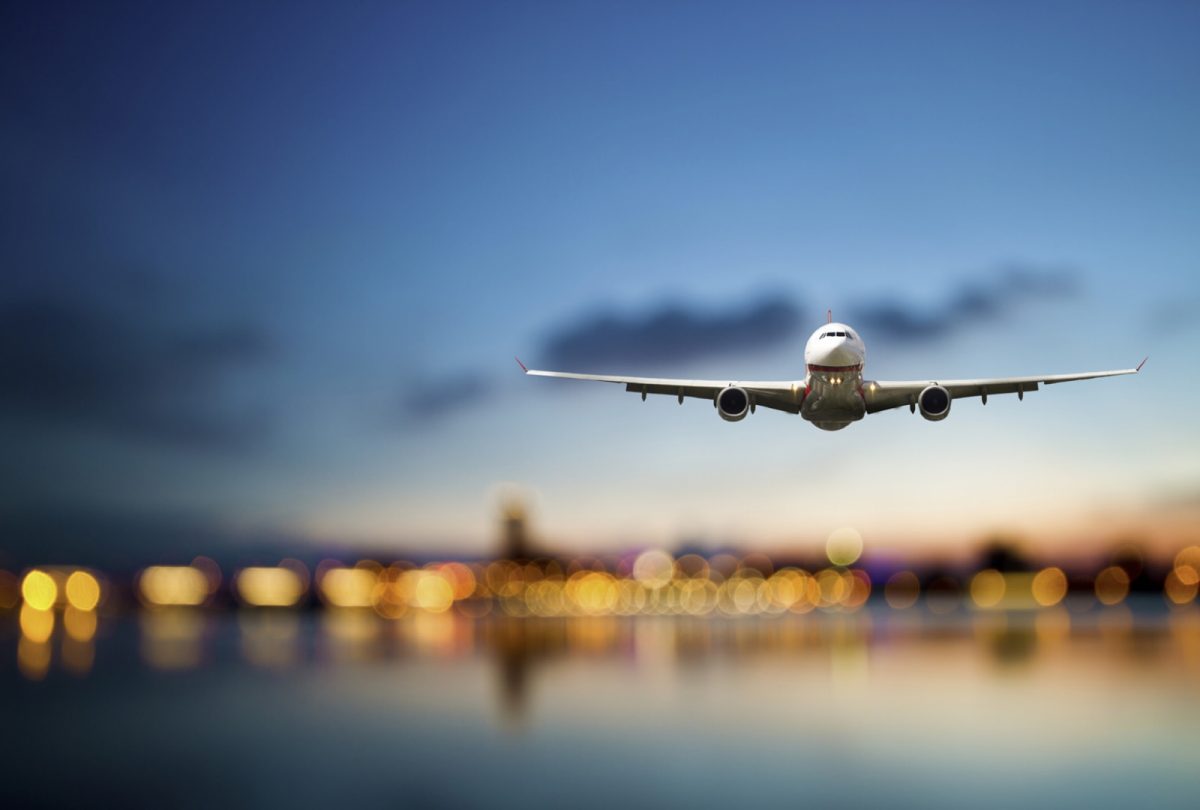 Another student sustained the bargaining by adding hydrogen and micro algae to the mix.  Hydrogen, I pointed out, is just a carrier, not a fuel, and is created by electricity, so the above issues apply.  My co-teacher of the session, Julien Dossier, stepped in to note that even if algae were scaleable, which is doubtful, commercial pressures to grow the most algae per square metre would mean that strains would be developed that would multiply as rapidly as possible which, as would inevitably happen, were to escape into watercourses, would create a biodiversity catastrophe.

The fourth of Kubler Ross’s stages is depression.  One young woman pointed out that she lives in Morocco, studies in Paris, and goes home regularly in her holidays.  This is what Monbiot calls ‘Love Miles’, “the distance you must travel to visit friends and partners and relatives on the other side of the planet”.  He succinctly identifies the heart of the issue as being the point where “we find two valid moral codes in irreconcilable antagonism”.

Julien talked about the family fallout from declining the invitation to a close friend’s wedding on the other side of the world, and I reflected on similar experiences.  It’s painful.  And what’s the moral response when a friend starts to tell of their wonderful 2 week break on the beaches of Phuket (3.16 tonnes of CO2)?  We now accept it’s ok to express our disapproval if, for example, someone were to smoke close to our baby or something, but to question flying remains hugely socially delicate.

Did the class reach the stage of acceptance?  I don’t think so, not yet.  I imagine the subject was much discussed in the bars and cafes of HEC that evening. But, as Julien pointed out later in the class, if they are wanting to become the successful entrepreneurs of 2035, that’s the reality they need to be designing for.  During the Industrial Revolution, the people who correctly read where it was all going, who read the runes, were able to create successful businesses, as they have with any major transition.  This one is no different.

But you have to read the runes right, and in this case the runes dictate that by 2035 there will be very few planes in our skies.  The Transition needs great entrepreneurs, but they need to start from a place that resonates with the reality of the challenges we face and the opportunities they present, and with a different set of values and motivations.

Flying to the US: was it worth it?