The voices of women rumble the powers​-​that​-​be on fixing the rules.

This is the second blog from guest editor Helene Oakley on the theme of “Transition from the edge and in-between”.

In October last year, a volcano went off in the conversation around gender and power. You most likely heard it.

Catalysed by courageous first person accounts of sexual harassment and assault, Harvey Weinstein – one of the biggest executives in filmmaking – was forced from his place of power in Hollywood while a wave of empathy and solidarity with those who spoke out swept across social media via the #MeToo campaign. 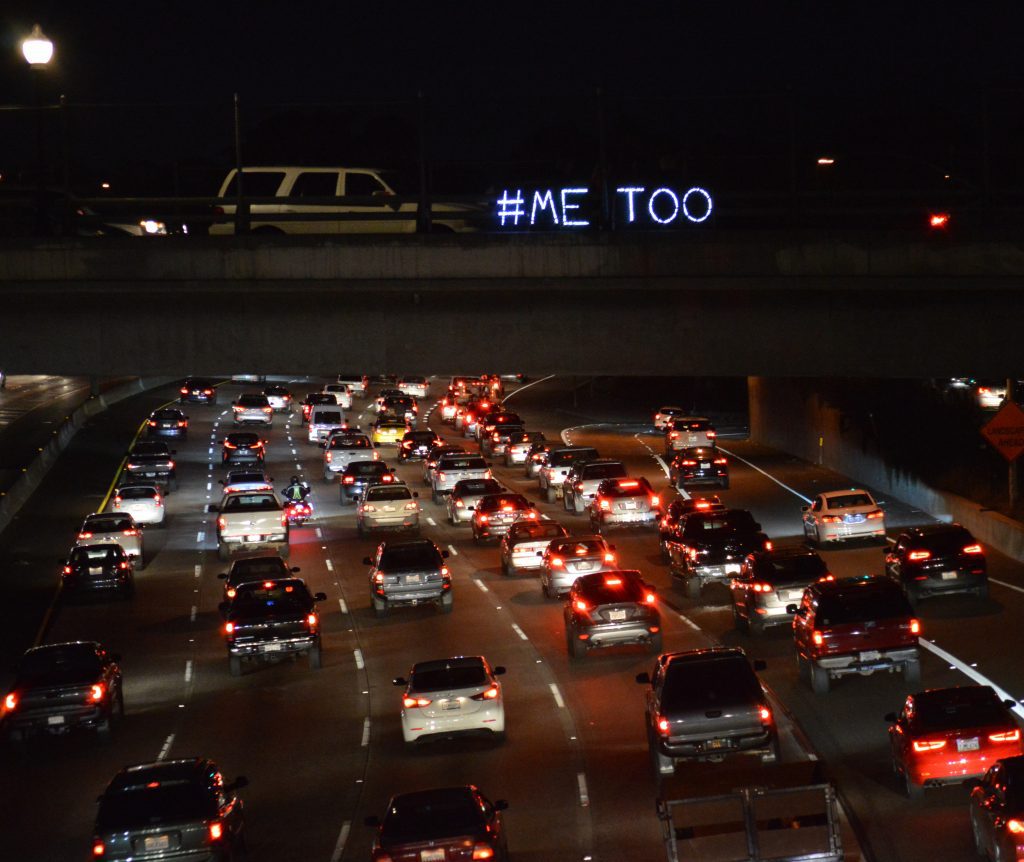 In its wake, the mainstream storytelling machine turned its gears for a serious look inwards, directing the might of its media platform to the off-camera issues of sexual harassment and predation, sexism, power, privilege and abuse. As a microcosm of global power systems and structures, this sudden destabilisation in Hollywood precipitated a new scrutiny of all that enables its powerful to be virtually untouchable, worrying the foundations of the status quo across all industries in the process. 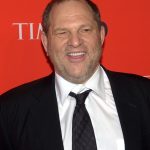 TIME magazine called those speaking out in the #MeToo campaign “The Silence Breakers”, naming them Person of the Year 2017. Which is a massive turn of events given that Donald Trump’s graphic remarks about his sexual advances on women combined with allegations of sexual assault during the run-up to the US elections neither led him to court nor kept him from winning the presidency, making him TIME Person of the Year just one year earlier.

Former London assistant to Harvey Weinstein, Zelda Perkins, chose to break her contracted silence to speak out on the inequality and lack of dignity afforded Weinstein’s female staff. When asked by BBC Newsnight if she thought her ex-boss was a “sex addict” she replied directly, “No, I don’t think he’s a sex addict. He’s a power addict. Everything he did, everything that drove him, was about dominance; with men and women.” This was echoed by another assistant, Lauren O’Connor, in a memo in 2014: “I am a 28 year old woman trying to make a living and a career. Harvey Weinstein is a 64 year old, world famous man and this is his company. The balance of power is me: 0, Harvey Weinstein: 10.”

Looking at the positions of power held by the likes of Weinstein and Trump, it’s apparent that the power structures replicated across the capitalist globe are of a white, cisgender, heterosexual, patriarchal and so male-dominated and male-privileging ‘power-over’ – quite a mouthful and equally hard to digest. It is distinguished by several key traits: control, domination, exploitation and the manipulation of fear. As a power it is marked by individual success achieved and maintained through interconnected systems of oppression and inequality, which by their very nature are abusive – sexism, racism, classism, heterosexism, ageism, ableism, and so on.

Together this creates the marginalised ‘Other’ who in respect to those who have power is ‘inferior’ and powerless, whether they be a woman, a person of colour, trans, queer, a child, disabled, poor, immigrant, etc. We see it running the show everywhere, but part of its power is that it also remains hidden by the normalising forces of historical convention, assumption and conformity, all of which silence and invisiblise anything other than what Grayson Perry calls ‘Default Man’ – “those that look like power”. And so wherever there is normalisation there is a serious lack of alternatives, even at the top: “Fewer women leading FTSE firms than men called John” read a Guardian headline in 2015.

What does this tell us about power when the women who are able to achieve within the system itself still can’t compete with John? In her recent book, Women & Power: A Manifesto, Mary Beard writes, “…there is a radical separation – real, cultural and imaginary – between women and power.” Rather than women shaping themselves to power, what this means now is “thinking about power differently. It means decoupling it from public prestige. It means thinking collaboratively, about the power of followers not just leaders … the power to be effective, to make a difference in the world, and the right to be taken seriously, together as much as individually.”

The recent swell of the #MeToo and subsequent #TimesUp movement, like that of #BlackLivesMatter before them – all of which were founded by women – demonstrate different kinds of collaborative and liberatory power in this vein. #BlackLivesMatter was created jointly by three African-American radical activists who gathered to protest the continued bias of the US Justice system against black people, creating a new model of Civil Rights movement in the process. In 2015 Alicia Garza is reported as saying, “We have a lot of leaders, just not where you might be looking for them. If you’re only looking for the straight black man who is a preacher, you’re not going to find it.”

What these new movements help to both demonstrate and urge is scrutiny of internal systems and structures on both a personal and group level with the question: who is not represented or supported here? And how am I complicit in their invisibility and so marginalisation?

Self-education and active dissent from the norms and defaults of the consensus reality status quo are required, and one of the best ways to approach this is collaboratively, even if you work solo. Beth Maiden of independent queer feminist online business, Little Red Tarot, is learning to base her business approach on a non-linear, alternative growth model housed in the principles of empathy, embodiment and intuition. She told me: “People around my business tell me if I’m doing a good job, and so I know if I’m doing a good job: I pay attention so I know if I’m on the right track. Engaging and being in conversation with my users makes it collaborative rather than conforming.”

Another way to check our own conforming behaviour is to check our biases of observation and assumption. In The Mother of All Questions, feminist author and activist Rebecca Solnit writes, “For a century, the human response to stress and danger has been defined as ‘fight or flight.’ A 2000 UCLA study by several psychologists noted that this research was based largely on studies of male rats and male human beings. But studying women led them to a third, often deployed option: gather for solidarity, support, advice.” Acknowledging this ‘tend-and-befriend’ reaction opens up the question of not only what is permissible but also what is valid and healthy across the human spectrum. 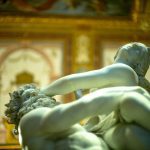 Proserpina by Paolo Gamba (CC BY 2.0)

And it’s a type of gathering together and collaborative response that is currently testing the individualised power, prestige and privilege model that glorifies and rewards male-dominated approaches. Women have a huge role to play in this not least because the possibility is for their voice to support the voices of other marginalised groups, as the #TimesUp website says: “Powered by women, TIME’S UP addresses the systemic inequality and injustice in the workplace that have kept underrepresented groups from reaching their full potential.”

Arguably, the #MeToo and #TimesUp movements saw for the first time the media not only take the stories of survivors at face value but also not divert from the severity and consequence of the alleged crimes. “Power tends to corrupt, and absolute power corrupts absolutely. Great men are almost always bad men,” wrote Lord Acton in 1887, and what the Weinstein watershed shows us is that we are socially and culturally experiencing a crisis of masculinity – a destabilisation of those values apportioned to men, and so of our consensus beliefs around manhood, which have become distorted over time. Finally, what were only considered “women’s issues”, but which affect us all, are now being re-framed also as “men’s issues”.

Elisabeth Serra is a psychotherapist, guide and mentor who has worked for years with men and women to enquire into the authenticity that lies beyond conditioned gender. I asked her to comment on the recent events and what a more feminine-inclusive power might alternatively look like: “It’s indicative of the zest for controlling life itself,” she said, “which is all physical phenomena, which is the feminine creative principle. So what does the feminine have to do with power is like asking, what does the sky have to do with infinity? The question would be more, how can we align with it and stop controlling it? The first thing is love and compassion. Love is not romantic, love is not being nice and polite – that’s not love, that’s still fear – love is seeing yourself in the other and vice versa … but we’re really afraid of that.” 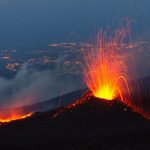 In these times it is not only women calling out abuse and the misuse of power, nor only women responding to the call for a new type of power that better serves life, just as it is not all (or only) men who try to have power-over it. The rising voice of women as a collective is a guiding force, however, and right now a stark reminder of how much history has kept it silent.

“We are volcanoes. When we women offer our experience as our truth, as human truth, all the maps change. There are new mountains.”