I had seen it in lots of different places. I’d seen it in the 30 people who turned out to plant nut trees on a grey Sunday morning in Totnes. I’d seen it in Liege in Belgium, where representatives of many local organisations had come to an event to discuss creating a ‘Food Belt’ around the city. I’d seen it at the launch of the Brixton Pound, in a hall packed with local traders.  What I didn’t have was a name for it.

It was in a small sideroom at the Resilience Hub in Portland, Maine, that I first heard the term ‘The Power to Convene’.  It fascinated me, and finally gave me a name for this thing I’d been seeing for years.  I was doing an interview with Chuck Collins of the fantastic Jamaica Plain New Economy Transition (JPNET) group.  “One thing we have”, he told me, “is the ‘Power to Convene’”.  He continued:

“Somebody comes and has a great idea, such as “I really want to start a bicycle taxi business”, and young people who are graduates of a local bike mechanic programme say “we know how to take care of bikes, we’d like to start a business.

So we pulled together a community event, and got 70 people there who were interested, and we got a whole bunch of new stakeholders and allies, and now they have a working group and are working on setting up that business.  I think we just keep doing that in every area where there is both a problem and people who want to do something about it.  We can get a crowd together, help identify resources and spark them”.

‘The Power to Convene’ put a beautiful, succinct term to something you will no doubt recognise. We’ve noticed more and more groups working in this way and exploring the potential of their own, place-based, ‘Power to Convene’.  We see it in different forms:

Over the next two months we will be hearing examples and stories from each of these.  We would also love to hear from you.  A number of Transition initiatives, like JPNET, already work in this way.  Transition Bristol has from the start.  It’s a new departure for Transition Stroud, whose recent AGM marked this shift in their focus (we’ll hear more from them in a few days).  Convening could happen around public health, REconomy, community energy, complementary currencies, or a number of other areas.  Transition Buxton, for example, rather than having their own Local Economy group, are involved in their local community Town Team.

“So what’s new?” you may well ask.  “Haven’t local groups worked in partnership since time immemorial?”  Well yes.  Clearly there is ample evidence that working in partnership with other individuals and organisations can be highly effective as opposed to everyone feeling the need to always start from scratch and reinvent the wheel.  But done well, Transition can bring something new, something different, to it.  It can be a powerful thing to harness.  As Frances Northrop of Transition Town Totnes told us last year in an article about ‘Caring Town Totnes’:

“The overwhelmingly positive thing about this work has been the sense of solidarity, goodwill and energy that has emerged. Whenever I talk to people about the project, they are truly delighted by the liberation of the approach and the opportunities it provides, using words like “thrilled”, “brilliant” and in the case of the lady who runs the Memory Café just welling up and giving me a huge hug”.

So what are the particular practices, skills and approaches that Transition initiatives are drawing on when operating in this way?  What are the advantages of working with and through other people and organisations rather than approaching everything as a Transition-branded project, and what are the risks?

One of the key things that distinguishes the Transition approach is the attention paid to both Inner and Outer change, being clear about the need to balance being and doing.  How can we ensure that such partnerships are intentionally aware of people’s emotional as well as their practical needs?  Here are some of the things we’ve noticed as being helpful:

The value of a simple framing question or challenge: For example, Transition Sarasota’s Food Gleaning project convened not just a lot of volunteers, but also the Rotary Club of Sarasota, All Faiths Food Bank, the Peace Education and Action Center as well as Transition Sarasota.

It had four simple goals which were the thing that mobilised people to get involved:

1. To provide healthy, fresh, local produce to those most in need;

2. To harvest produce from area farms that would otherwise be wasted;

3. To educate youth and other community members about hunger, food security, and agriculture; and

4. To help local farmers survive and thrive through tax-deductions they will receive for the full value of the produce they donate.

Keep it simple, a rallying cry with as much ‘edge’, i.e. overlap, appeal to others, as possible.

Build on what’s already there: there is much to be gained from aligning what you want to do with the existing interests of others, identifying what’s already strong and moving, and working with that, bringing a Transition perspective to help support what’s already underway.  This can also be a helpful approach in that it can take some of the pressure off your Core Group.

The ‘suite of tools’ Transition can bring: Visioning, backcasting, conflict resolution, running productive meetings, providing organisational support, introducing into meetings a distinction between being and doing are just some of them (check out our Support Offer for more).  As in all aspects of doing Transition, the actual doing of the projects is the easy bit.  It’s the inner aspects of it that are harder, the bits that take place on the inside of those involved and of the newly-convened group itself.

Bring in the need for support: Explicitly raising the idea of support at an early stage is key.  What support do people need in order to be able to work as effectively as they can?  How might they let other people know if they feel they are close to burnout, and what support would they like from other people (a model like Transition Town Totnes’ Mentoring and Wellbeing Support scheme can really help).

Convene so as to bring everyone along with you: Another insight that Transition brings to the Power to Convene is the need to take those that we are convening on a journey.  People are drawn to getting involved from a range of perspectives.  There may be groups or individuals we’d like to get involved who don’t yet know they might have anything to contribute, who aren’t familiar with the way in which Transition frames the reasons for doing these projects.  We might think of them as ‘disinterested’.

Just as we need to not assume that individuals we work with as a Transition group will leap straight from Disinterested to Doing, the same goes for potential partners and other organisations.  We need to design into events or meetings the key bits in between.

Making space for these means that when you do reach the stage of Doing, the group has gone on a journey together, trusts each other more, reflects the voices and thinking of everyone present.  Suggesting to those we are partnering with, who may be groups with a very different culture and way of doing things to ours, that we work in this way will push everyone out of their comfort zones.  But the groups, and the projects they create, will be all the stronger for it. 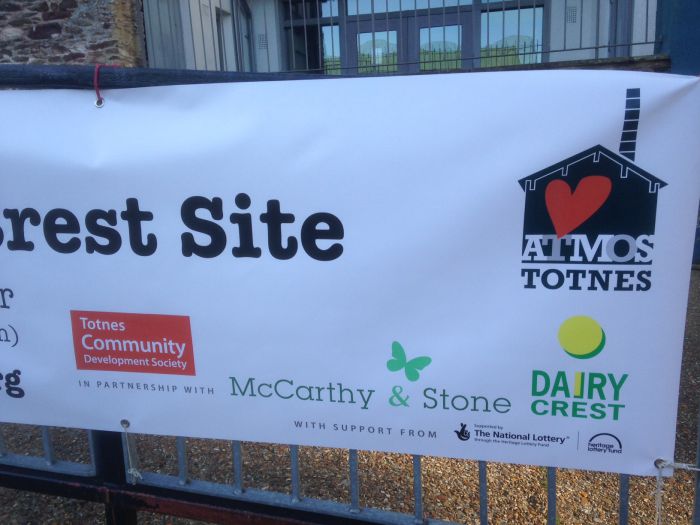 Whichever approach you take, the Power to Convene offers a number of benefits.  Firstly it offers scope to reenergise your group, bringing in fresh energy, new attention and good connections.  Secondly, it offers the potential to reach and work with people you might not reach through doing Transition.  Thirdly, it brings the opportunity to share knowledge and experience as well as to learn from other organisations and saving a lot of wheel-reinvention. And lastly, it can offer the potential to generate income through providing services to support the process, or through funding for the convening role.

When I spoke to Chuck Collins, he summarised it as the ability to “broker all kinds of interesting stuff”.  That ability to “broker all kinds of stuff” is at the heart of the Power to Convene.  Ought it be the key role of what Transition groups do and how they function?  That’s the question we’ll be returning to during this month.  We’ll close with a few questions we’d love to hear your thoughts on.  Do you recognise your group as having a role as a convenor?  When has this worked well?  What have you found difficult?  Do share your thoughts below…