Juliet Davenport is the founder and CEO of Good Energy, who are the main sponsors of the 2015 Transition Network International Conference.  As part of our current theme on ‘Fairness’, we spoke to Juliet and started by asking her what, for her, does a fair energy system look like? Here’s the audio, followed by a transcript:

“I suppose a vision of the future where we see a much fairer system is where individuals are in better control of their energy and I think that on many levels: one, that individuals can be part of generating energy themselves. They can either do that in their own homes or as part of community action. Businesses can do the same, businesses can generate their own power.

The power isn’t concentrated in one place, unlike the energy market we’ve seen for the last 30-40 years where an essentially centralised system has been slightly dictated to by the way the market has been structured, and all those large decisions about who makes margins on the central system all comes through as a big regulative central body, and actually the individuals who buy power on the ends don’t have any influence on that whatsoever. My picture of a fairer world is actually individuals can become part of it, rather than excluded from the energy market.

Communities have various different roles. Different communities have different strengths so you can’t put them all in a box. We see the strength of communities in that people tend to trust their neighbours rather than trusting energy companies about energy. There was some brilliant work done by a couple of big community groups and volunteer group on energy efficiency. People went door to door talking to their neighbours about things they’ve done in their own homes, and that had huge cut through in the uptake of energy efficiency and the thoughtfulness about energy efficiency. The same on renewables: when we work as individuals we tend to like to hear other people’s stories about what they’ve done in terms of energy.

So if I hear that my neighbour’s done his solar panels, which is exactly what I heard and I hadn’t got round to doing it for ages, I then got on and did mine. In communities we give each other confidence to do things on an individual basis but also we can come together at a community level and do bigger, more engaged pieces around our schools, around even bigger potential renewable projects. Community has this huge long term influence on our usage and development of renewables and energy more widely, and we quite often underestimate the huge influence it can have. 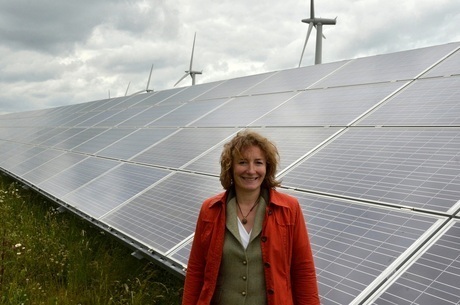 We mentioned before there the recent announcements that the government are considering up to 87% cuts in subsidies for solar.  What’s that all about?

It’s a really interesting position. Actually, what we’ve seen is the success of renewables particularly over the last 2-3 years. Renewables have delivered 21% of our electricity requirements in the first quarter of this year and what we’re beginning to see now is that’s beginning to have a wider impact on the energy market as a whole. What that means is that you have different voices in there basically saying “you’re reducing our margins, this is happening”, so we’re beginning to see a kickback, I think. That’s twofold, one is that the Treasury is basically saying that we can’t add any more to people’s bills to support renewables.

Our argument against that is actually renewables are reducing the cost of energy bills as well, so you need to take the two into balance, and actually longer term, low carbon could mean low cost as well. You have to take a longer term view. What we’re seeing is a very short term view of the fact that they put a budget in place between the Department of Energy and Climate Change and the Treasury, that budget looks like it’s going to be overspent, but actually the budget was false in the first place and our concern is we’ve not got enough voices in there actually telling people about the benefits of renewables that we will really see coming through, reducing everyone’s bills in the UK.

We are now seeing some very ambitious community energy projects like Bath & West Community Energy who’ve raised millions of pounds in community investment. Thousands of community energy projects, some of whom are attracting some very serious investment and then using that not just to do energy but also to do all kinds of interesting things. Many of those would be Transition groups. If this goes through, what impact will it have on those projects, do you think?

I think we’ll see a lot of those projects go away and the creativity we’ve seen around renewables being able to be an engine for communities will disappear, and that will be a real shame. This is one of the points that we need to work with government on, is to potentially protect the community element whether there is a way forward where communities can still, particularly if they’re shown to be giving proper community, local community benefits, then actually they should be supported and maybe supported from budgets other than the Levy Control Framework.

One of the things that’s been interesting with the Labour Party leadership election has been, going back to the question of fairness, this idea that if you have a load of policies that are around fairness and equality, then you become unelectable, one of the things that has been levelled at Jeremy Corbyn. I wonder if you have a sense of whether stuff that really makes a fairer society or a more equitable society in terms of energy and other things is really electable, something that people really want.

That’s a really interesting question and my honest answer is I don’t know because I have never tried to elect off the back of it. There is a passionate feeling about energy amongst a lot of consumers. Not all consumers obviously, because we already know that up to 50-60% of the market has never switched. But everybody else is very concerned about whether they’re being ripped off, are they getting a fair deal from their energy supplier, what are the options for them going forwards.

There’s a reasonable percentage of customers who think getting a fair deal is important. We saw in the election that although Labour didn’t bring it forward, that policy that they talked about in terms of trying to bring fairness into the energy market was a very popular piece for them to discuss in the initial days. What we saw was that it was then overtaken by other areas. Actually that whole piece around fairness on energy bills was very powerful and it got a lot of press coverage. So I would question that. I think presented in the right way, it is a really important point. 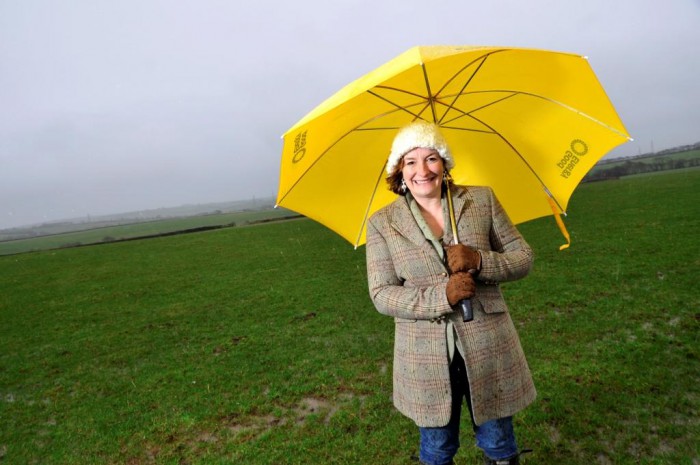 What does the recent competition market review tell us about the fairness or unfairness of having the ‘big 6’ model that we currently have in the UK?

What’s really interesting about that is that the CMA (Competition Market Authority) did a review and they looked across the whole market to see whether it was working properly or not. One of the key findings was that those customers who have never switched, those people who have stayed with their energy supplier ever since they were made back in the late 90s, essentially are being treated unfairly. So they aren’t being given the best deals, and although those customers probably expect that those companies are looking after them, they’re really not looking after them. That’s a real shame actually and continues to undermine trust in the energy market.

I suppose from our point of view, the more individuals who can get involved and take control of the energy market, i.e. become a producer or start to change their behaviour or work with communities to work with overall community behaviour, the better. I had a lovely story the other day where we talked to this lovely lady about what she does with her energy bills. Actually she invites her next door neighbour over for a cup of tea and they compare energy bills. That’s not something that I would have guessed that anybody would want to do, but that’s the kind of thing we want to see happening, people being empowered on an individual and community level to discuss energy, to take it into their own hands and do something about it.