Exactly a year ago today I wrote a piece on this blog called The day I closed my Amazon account.  It set out why, and how, I had decided that Amazon was so at odds with my values that I was withdrawing my support for good.  It turned out to be the most popular thing I wrote that year.  It was even translated into German and put on YouTube.  I thought it might be useful to offer some reflections on how a year free of Amazon has been. (Spoiler Alert: it’s been great).

At the end of that article, I wrote:

“It feels surprisingly unsettling, as one does after ending a relationship, but it was the right thing to do.  It may be a drop in the ocean, but if enough people do it….”

It appears that a year later I’m not the only one deliberately crossing the road to avoid that great behemoth of an online retailer.  A campaign called Amazon Anonymous has invited people to pledge to not support Amazon this Christmas, because they:

“don’t pay their workers a living wage. They dodge their tax. They take money away from our local shops”.

Indeed.  So far signatories have pledged to not spend just over £3 million with Amazon.  Of course in the big picture of Christmas spending, £3 million is but a drop in Amazon’s vast ocean, they probably wouldn’t stop to pick it up if they dropped it, but it’s a powerful statement nonetheless that has generated a lot of press coverage.

Amazon Anonymous also offer a great list of alternatives for an Amazon Free Christmas.  I would really recommend it if you are looking for alternatives.  So how has it been, going ‘clean’ of Amazon for a year?  I can honestly say that it’s been great, the detox didn’t take very long, and I don’t miss it at all.  I don’t wake up in the night in a cold sweat longing, aching, for the ‘Featured Recommendations’ or dreaming of my cursor hovering tantalisingly over that enticing ‘Place Your Order’ button.  Here are some the insights I have gleaned over the last 12 months:

In short, I buy less, but I buy better.  I value what I have bought more than I did.  An article in the Guardian about Amazon Anonymous state “the campaigners acknowledge that ‘going cold turkey is hard’”.  But is it?  Do I miss Amazon?  Not a bit.  I do sometimes use it as a reference tool, when I want to find out who published something, but that’s it.  It’s no great loss, in fact it has opened up other, far richer options.  Options where people are paid a Living Wage, where they re-inforce local economies, where the company pays its tax, where staff aren’t exposed to alarming levels of mental stress or sacked if they are sick more than three times in three months.

So this Christmas there will be no smiley Amazon boxes arriving at Hopkins Towers.  Once again I am choosing to spend my money in ways that reflect my values.  Amazon is bereft of any of those values, and I personally think the world would be far improved if Amazon ceased to exist in the morning.  The fact that it is quick and easy is no longer sufficient justification.

So my message to you is “come on in, the water’s lovely”.  There is life beyond Amazon, a life where less is more, and where thinking about where things come from is a valuable and rewarding experience, and where new horizons open up in ways that the perceived ease of using Amazon shuts down. 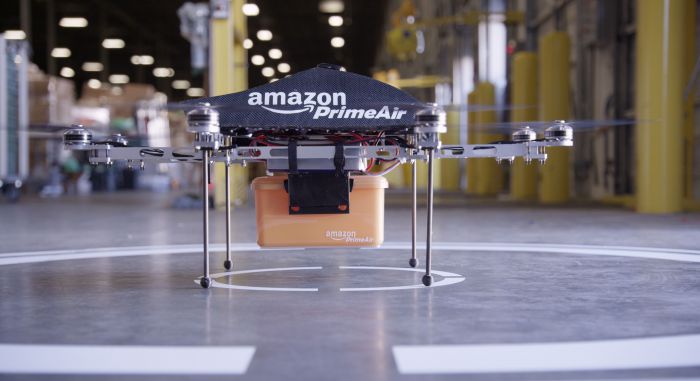