This will be a brief report given that it’s late and I need to get some sleep!  Emilio Mula (filmmaker) and I, after a very early bleary start from Totnes, arrived in Paris around 3pm to be met by some Paris Transitioners, who, among other things, told us about the climate activists in Paris who had had their apartment raided by hundreds of police and then put under house arrest.  Felt like we were arriving in the middle of very interesting times.   We were then whisked off on a crowded bus to La Generale, home of the afternoon’s events. 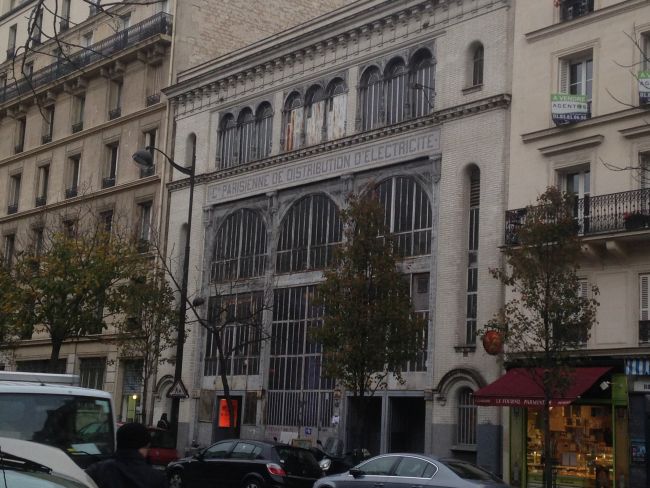 The bus took us part the Bataclan, home of the worst shootings during the 13/11 terrorist incident, currently a kind of shrine, with flowers, candles and so many people coming to pay their respects that the bus struggled to get past.  On the other side of the road were similar shrines, and flags and pictures on the fences.  The now ubiquitous Eiffel Tower/peace symbol was repeated in many places, hard to square alongside President Hollande’s assertion that the response to the attacks will be a “war” that will be “merciless” rather than, in the build up to the Iraq War, France taking a moral stance about peacemaking, showing restraint and leadership.

Seeing the shrines though made the events of a couple of weeks ago much more real, and it is clear that these next two weeks in Paris will be, at least in the conversations that take place around COP21, focused not just on climate change, but on that other ‘unintended consequence’ of the Oil Age, terrorism.  It is certainly in the minds of many people I talk to, as citizens make the connection between oil dependency, the deeply dubious political allegiances we have to make in order to continue that dependency, the seeming lack of will to address root causes of conflict but rather to just plough on generating more, and the climate crisis.  It’s not rocket science.  I doubt those debates will take place at COP21 itself, but they are certainly taking place on the streets around it.

La Generale is a large space, a former postal sorting place currently, in the remaining year before it is demolished, in use for music and as an arts space.  Things had been happening during the day there, Open Space, food, conversation and the like.  When I arrived I had to dash off to a quiet room to do a Skype to the launch, in Arles, of a new book by Lionel Astruc, called Le pouvior d’agir ensemble, ici et maintainent, a book based on a series of interviews with me.  About 200 people were squeezed into a hall in Arles and I gave them a short, virtual, overview of Transition.  I had really wanted to go to Arles, being a Van Gogh nerd and all, but timings didn’t work out sadly. 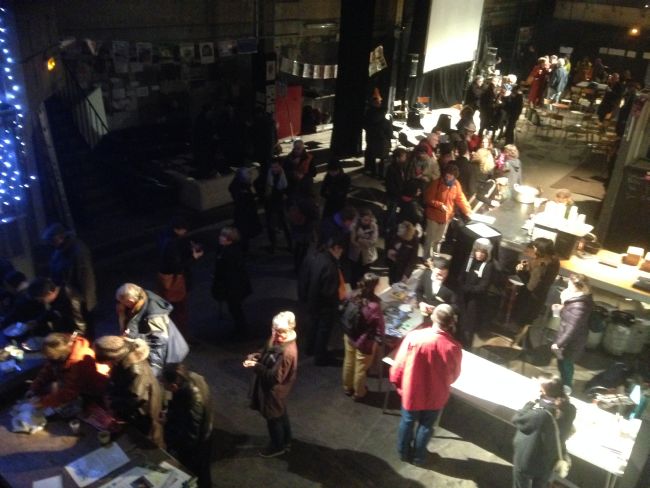 After the Skype was the main evening occasion.  About 200 people gathered to help us launch the French edition of ’21 Stories of Transition’, and after getting people to map where they come from, I shared some of the stories.  Some of the stories were told by other people, for example, Julien and Marie from 1000 Bruxelles told the story about the Potager Alhambra in Brussels, and Jean-Claude Mensch, the Mayor of Ungersheim, told his story. 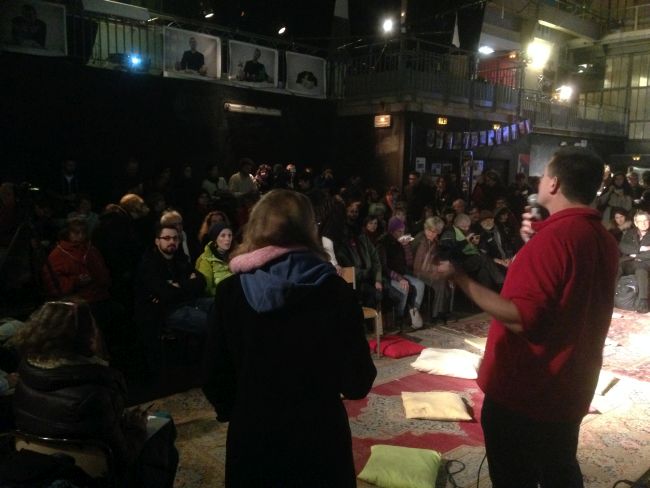 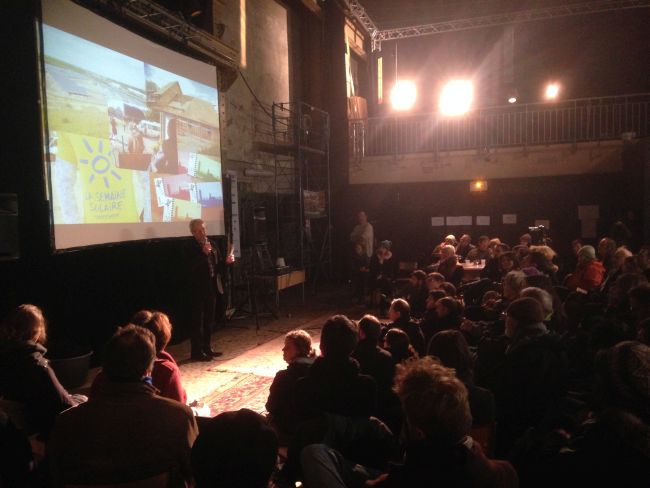 After the talk, I got people into pairs to chew over what they felt to be the key threads running through the stories, which led to some very interesting reflections.  Then, after a couple of questions, the evening drew to a close, followed by much milling, book signing, debating and chatting.  A very fitting launch for the new book.  Deepest thanks to all the Transition France guys for pulling the evening together.  Lastly (because it’s the wrong way round and would take up too much space) here’s a picture of me speaking at the event taken by Henry Owen. 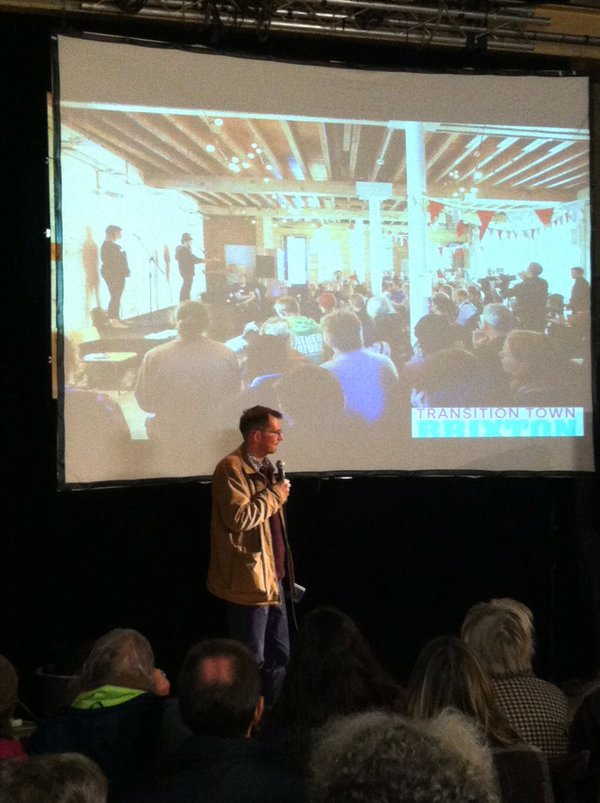