Today we launch a theme exploring ‘the Transition Story‘, our opportunity to unveil work we’ve been busy with over the last 12 months or so.

The thought I want to seed in your brain today is whether a more skilful way to inspire a response to climate change, and a more skilful way to achieve all the things we want to achieve in the Transition movement, is to spend less time talking about the issues that drive why we do what we want to do, the problems, that challenges.  Like climate change.  Stay with me.

One of the things that has been generating a lot of thinking in recent months at Transition Network has been the idea of “frames”.  In his seminal book “Don’t Think of an Elephant”, George Lakoff defines frames as:

"...mental structures that shape the way we see the world. As a result, they shape the goals we seek, the plans we make, the way we act, and what counts as a good or bad outcome of our actions".

The Transition Story: from ‘response’ to ‘movement’

We’ve been exploring what might be the frames for Transition, through a fascinating piece of work with Jon Alexander of the New Citizenship Project which we call ‘The Transition Story’.  It looks at how to tell the story of what Transition is about, at what are the most effective frames to use.  It has been deeply insightful.

Alexander argues that Transition has come to the end of what he calls its ‘Response’ frame (which has run through all our materials to date back since the start of Transition – you know, “Transition is a response to peak oil, climate change, economic crisis, etc. etc.”) and would find it more effective to focus on a ‘Movement’ frame.  He writes:

"We believe the opportunity is to start from where people NOW are, with a shared but hazy sense of how unsustainable the dominant global culture is, and which most of us are suppressing and holding at arm’s length because it is just too big to allow into our daily lives – rather than where people WERE when Transition started, which was arguably unaware.  The task is to stand side-by-side with people and ask questions with them, not in front of us with a confrontation we have already decided to run away from".

It’s a rich insight, one I have been digesting for the last few  weeks.  He encapsulates it thus.  For him, Transition would benefit from redefining itself as “a movement of communities coming together to reimagine and rebuild our world”.  At the moment, the flow of how we present Transition tends to run like this:

There are some huge problems out there

Here’s how you can be part of it

The Transition Story project shifts that, suggesting that instead the story we tell now flows like this:

A movement is building

It’s rooted in caring for ourselves, each other and the living world

This shows a different future is possible when we come together

(Optional: This is why it’s needed)

Here’s how you can be part of it

It’s worth sitting with for a while and allowing to settle in.  It certainly has led to lots of rearranging of grey matter for me over the past while.  It’s a shift that Sarah McAdam and myself presented at a workshop at the 2015 Transition Network International Conference, a video of which we’ll be posting here soon.

Over recent weeks I have given a number of talks, such as this one at the International Permaculture Conference, where I have presented, and embodied, this idea that we don’t need to always start talking about Transition with a long list of reasons and graphs that show the disastrous state of the world.  We start by saying that we do Transition because it’s bloody fantastic, and it changes peoples’ lives, and it meets our needs far better than the current economic model does.  That’s enough.

As Cheryl Lyon of Transition Town Peterborough puts it in ’21 Stories of Transition’, “we don’t want the catastrophe to do the work for us”.  When I start talks in this way, it invariably generates a round of applause.  We have so much to celebrate, so let’s celebrate it.

But do most people “know there needs to be change”?

Alexander’s observation resonated with something Sarah Woods said at the end of the interview I did with her that we published a couple of months back:

"All the people who are not, for whatever reason, motivated by climate change: they’re good people, they care, they’re people who do good things in their lives, but for whatever reason they are not affected deeply by these ideas of change. Most people know there needs to be change. In the work that I do, whether I’m asking about people’s car use or people’s relationship to food or energy or climate change or the weather, everybody knows. People know, but that doesn’t mean they can act. Our job is not to go out and tell people what we think, but to start from what people think and what people deeply know, and then find ways to connect that back to a bigger shared story. The truths are out there almost in the furthest places from us". 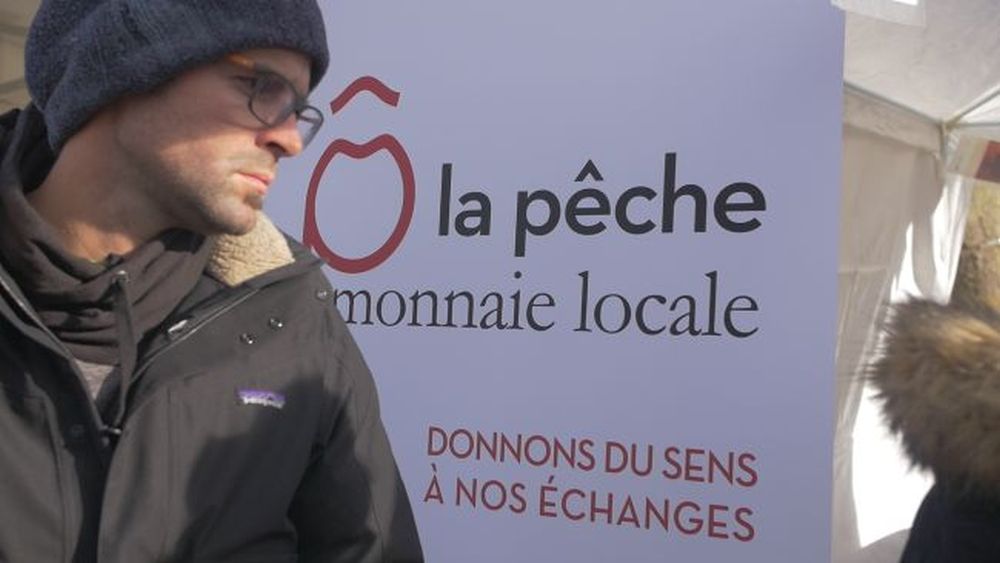 “Most people know there needs to be change”. This very much resonates with what Jon Alexander wrote:

"We live in a time – and this is pretty global – when there is a broad if suppressed recognition that things cannot go on as they are.  In this context, starting by pointing that out is more an unnecessary confrontation than a useful convening point".

But is he right?  Is there really a “broad but suppressed recognition that things can’t go on as they are?”  It’s a risky assumption.  For example, might it be that many of those voting for UKIP in the recent UK election (some of whom we know are also active in Transition initiatives) are also driven by a deep sense that things can’t go on as they are, yet the amount of fear-based rhetoric they encounter daily in the media leaves them with a sense that a fear-based response is the most appropriate one?  Discuss.

Is it time to talk less about climate change?

It’s a counter-intuitive question perhaps, but a vital one.  Transition suggests a different frame, one based in compassion, honesty and trust.  If we are able to voice that skilfully, who’s to say it won’t reach those currently dazzled in the glare of those more fear-based frames? Alexander’s proposed move from ‘Response’ to ‘Movement’ is key to this I think, and for me represents a momentous and historic shift in how we frame Transition, certainly one that underpinned how we created ’21 Stories of Transition’, and how it tells its story.

By now, most people who are drawn to the issues to which Transition is a response are already on board, or at least know about it.  But there are many people who would be attracted to much that Transition does, to many of its initiatives, but are put off by the associations that accompany climate change and other issues, as well as the ‘alternative culture’ associations that sometimes accompany some Transition groups.

People may care deeply about their community, its history, its young people, its ecology, its transport issues, the quality of the food available, the Clone Town nature of its High Street, the impacts of austerity cuts on local care services and so on, as well as about larger global issues, but not be driven by a concern about climate change or about the finite nature of many of our key resources.  So how to invite them to the party?

This shift in how we talk about Transition is already happening in many Transition groups I talk to.  Quite a few are already starting to move away from always framing their work as a ‘response’.  The South Wales Evening Post reported on a recent event which launched Transition Neath.  It quoted one of the founders, Emma Knight, as saying “this event is about starting a community conversation about the long-term future.  It is about the community taking responsibility and doing something for itself.  It’s a negativity free-zone – we will be focused on what can be done rather than what can’t”.

The Independents for Frome group, a group of independents who are revolutionising local government in Frome, several of whom have roots in Transition in the town, is another great example of their being able to be more effective by seeking the common ground. Here’s their fantastic video from the recent election which gives you a good sense of what they’re all about:

For a growing  number of people in Transition there is a sense that we can be more impactful, have a greater relevance and reach, if we don’t put agreeing to climate change and the various other drivers as an entry requirement, the “unnecessary confrontation” Alexander mentioned.  This is something again that comes through very strongly in the 21 Stories we will be unveiling this month.

So next time you talk to someone about Transition, or write something about it, or give a talk, just try it out.  Try losing the “what Transition is in response to” framing from the front of your talk, and just start with what you love about it, the impacts it is having, how a movement is building.  Tell stories, allow your passion for the changes you have seen it making to your life, to your community, to the wider world.  Those issues that you are responding to will inevitably come through in your stories.  Try it out, and see how it works for you and let us know.  We’d love to hear your thoughts on this article, and on our ongoing deepening into the subject over the next 2 months.