It’s been a fascinating month here, with our theme of “what is the impact of Transition, and how do we know?”  Feels like we only just started to scratch the surface of this huge subject.  We started the month with an editorial which asked, in the light of the latest IPCC report, “what is the impact we hoped Transition would have when we first came up with the idea, what impact are we actually having, and what could we be doing differently to increase that impact?”  This led to a discussion about what a Transition-inspired campaign for the COP21 climate negotiations in Paris next December might look like.

Various Transitioners told us about the impact their work is having.  Stephanie Hofielen of From the Ground Up, a social entreprise set up by Transition Town Kingston, told us about the impact their initiative has had.  She said “we believe FGU’s main impact on the community is the breaking down of financial barriers to buying organic food”. Marie Goodwin of Transition Town Media talked about the Free Market Day which they ran recently and the impacts that that had had. 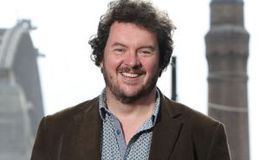 We interviewed Nic Marks, who specialises in wellbeing and happiness, and how they might best be measured.  He suggested ways in which Transition groups could measure wellbeing and when asked what contributes to wellbeing replied:

“The currency of wellbeing is time and relationships. A community with high levels of wellbeing and happiness is going to be one where there are strong relationships, where people get along well, accept each other’s differences, are able to be themselves, and they have time to nourish those relationships in both ways”.

We were very grateful to whoever it was in Portugal who went around the Aveiro em Transição group asking people for their thoughts on the impact the group has had.  I especially liked Ana Sofia Pereira’s comment that “it’s incredible, the strength of a union of mobilized people”. 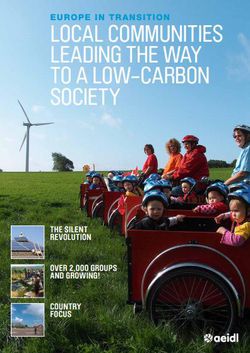 We talked to Eamon O’Hara, author of a report called Local Communities Leading the Way to a Low Carbon Society, about his sense of the “important catalytic effect” that Transition, permaculture and ecovillage networks are having.  We asked him, as we have asked several of our interviewees this month, for his thoughts as to the impact Transition has had since it began:

Transition has been pivotal. It has opened the door for ordinary people to get involved in reshaping their communities and in so doing reshaping society. That opportunity always existed for people, but Transition has provided the “how-to” guide, and by leading through example, has inspired people and given them the confidence to take action.

However, I think Transition’s best days are still ahead of it. The challenge now, however, is to take Transition from being an initiative that is still largely limited to pioneering communities to a concept that is mainstreamed in the thinking and actions of every community.

Nicola Vernon in Greyton in South Africa talked about the great impact the initiative has had in her community.  She wrote:

“As a driver for social integration it’s the best I’ve encountered in 30 years of working in social welfare.   I’m still working out the reasons as to why it is so successful.  Part of the reason must be that we are all equal in the face of global challenges like peak oil and climate change.  Even if the big picture is scarcely acknowledged there is an awareness that we’re all in the dwang when the shift hits the fan”. 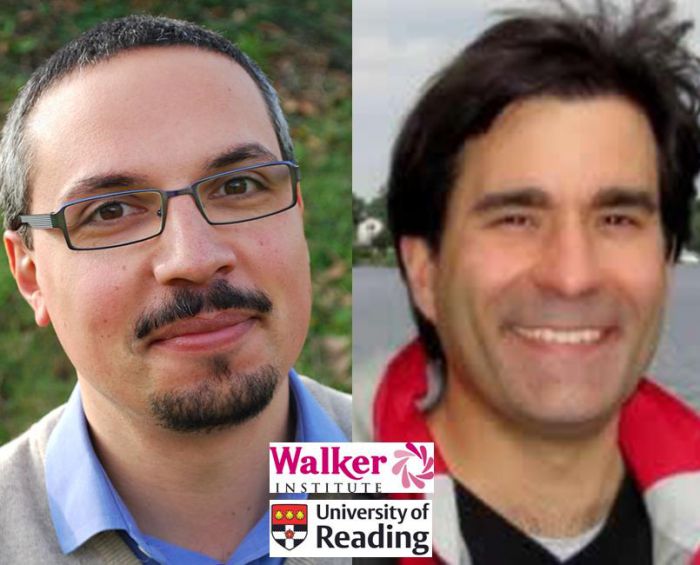 We talked to Giuseppe Feola and Richard J Nunes of the University of Reading about the research they did about Transition, one of the most detailed pieces of research out there.  Entitled Success and failure of grassroots innovations for addressing climate change: the case of the Transition Movement, it is an in depth study into Transition, and the factors that increase its chances of success, or failure.  They explained how the research came about and what they found.  Richard told us:

“Having had a background in community planning and economic development, I extended that into this idea of eco-entrepreneurship and social innovation. That’s how I came into this project and met Giuseppe and then we started talking about Transition. So I get excited by projects like REconomy and discussions about scale-up. I think that’s where a lot of the future of the grassroots impact is going to be”.

In her monthly column looking at Transition from an ‘inner’ perspective, Sophy Banks reflected on her and fellow Transition Trainer Naresh Giangrande’s trip to Isreal and the West Bank to do Transition Trainings there.  She concluded:

“This visit left me feeling inspired by the courage and love I saw in action, whether in the West Bank or in Israel, and moved by the depth of difficulty and suffering people have experienced – in past generations or in the present. I felt connected to the resilience of the healthy part of us as humans, the part that longs to heal the past and create peace in the present – which is as strong among Israeli activists as it is in this country. An impact for which I am very grateful”.

Andrea Felicetti wrote an article about his research which had looked at the disintinctive approach Transition takes to engaging with politics.  Describing Transition as “radicals without rebellion”, he wrote:

“The non-adversarial approach of Transition is especially fascinating to deliberative democrats who for long time have been showing some important limitations with traditional adversarial politics”. 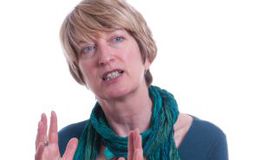 This is something we’ll come back to in a future theme on ‘Transition and Politics’.  We talked to researcher Katrina Brown about her work on resilience, in particular how a community might set about measuring its own resilience, and how it has increased or decreased as a result of the work of Transition.  The simple answer is that it’s not very simple.  But a fascinating discussion about resilience ensued.

We tried to put some numbers to our theme’s question, in our piece called The Impact of Transition. In numbers.  From various sources we tried to put numbers to some of the ways in which Transition has had an impact over the past few years.  It generated mixed responses.

Shaun Chamberlin, author of The Transition Timeline, wrote a very thoughtful piece questioning the assuming that numbers are the best way to measure the impact of Transition.  “Deadening isn’t it, this counting?” he asked.  Michael Dunwell, on the other hand, commented “this delightful collection is enormous fun and makes you think: where is our true strength, are there enough of us, how soon will we be heard ?…we may not be able to measure it but there is something happening all right”.

Researcher Jo Hamilton shared with us the step-by-step guide to monitoring and evaluation for groups such as Transition initiatives.  She has distilled out some of the easy to gather and make use of, and has recently run three workshops for community groups to share these skills.  She told us:

“Having an evidence base is crucial to demonstrate what Transition initiatives have achieved,  and to provide weight to argue for investment in local action, or policies that can enable local action to scale up”. 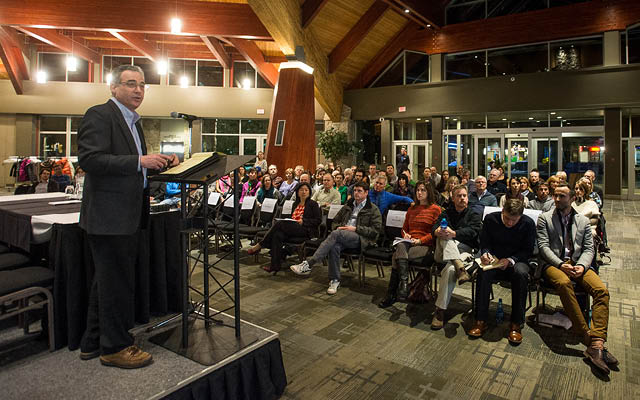 We caught up with Michael Shuman, one of the leading local economists, and asked for his thoughts about localisation and the impact it is having as an idea.  “I would say that we are winning”, he told us.  He shared his thoughts on how Transition initiatives might be able to measure what they are doing, and what the tipping point in the trip towards localisation might look like.  He told us:

“Because the level of misallocation of capital is so profound and frankly complete right now, I think that once people begin to figure out how to shift money into local business, that could proceed very, very quickly”.

We heard about the impact Transition Streets is having since its beginnings in Totnes. In particular, what it looks like in St. Albans where it seems to be popping up all over.  The story appeared on the Guardian website in their ‘Living Well’ section as one of a series of monthly articles we’re writing for them. 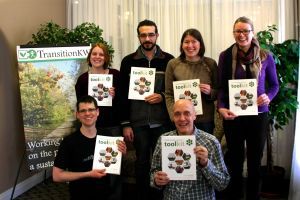 Sylvie Spraakman of TransitionKW told us about the impact the group has been having since it published its Climate Adaptation Toolkit recently.  One way they are measuring it is though “finding stories”:

We want stories of what people are doing to make changes in their lives, and how they are sharing that experience with their community. Stories are hard to collect, they take time, and they’re personal. The main way we plan to collect stories is in person, at events, workshops, meetings, festivals, and just generally being out and about.

Possibly our most impactful ‘The Impact We’re Having’ story came from Anthony Woolhouse of the West Solent Solar Cooperative.  The day we were set to publish the tale of their very ambitious share launch, they reached their target, Anthony getting in touch to say “Could you add a small note to our story that today we reached our fundraising goal of £2.46 million and have therefore ended our share drive and closed the books for new share applications”.  Of course.  Wow.

Our theme for May is ‘Transition and Health’.  See you there.