Transition Cobham started in January 2013 after Stéphanie went to the Transition conference in 2012 and wondered why no one had set up an initiative in Cobham. After spending time with Transition Town Kingston, she convened the very first meeting on a snowy evening in January.  During our second meeting as a Transition Initiative we held a World Café to share ideas under different themes. One of those themed tables collected ideas relating to growing food.

Fast forward two years and we’ve raised £2711 in 28 days from 41 backers for the Cobham Community Garden fence through crowdfunding!  One of the amazing things about Transition is unlocking people’s willingness to help. The community garden group has been working on this project for two years and has visited three local community gardens in that time. We visited Grace + Flavour in Horsley, a community garden within a walled garden. Then Leatherhead Community Garden, who used many raised beds and had chickens. Finally we visited the Pixham Potager in Dorking with its many sheds and greenhouses.

We wrote a short article about the Cobham Community Garden for the Crowdfunder website which was featured in Transition Network January 2014 Round-up.  Finally in June we filmed our video for the campaign on the site of the garden (see below). One of our members is married to a talented musician and he very kindly composed music for the video.

The next step was launching the campaign and that involved Twitter, Facebook, local newspapers and local radio stations. We even spoke to one of the judges of The Allotment Challenge and he gave us advice on how to transform the site from a grassy field into a community garden.  The support we received was overwhelming and heart-warming. We managed to hit our target of £2500 five days before the end of the campaign and ended up raising £2711.

As part of crowdfunding, backers pledge for a reward and receive that reward after the target has been met. So far we have knitted two hats, given three hand and three foot massages, worked for an hour in a backer’s garden and will soon name a shed after a tortoise called Brutus. 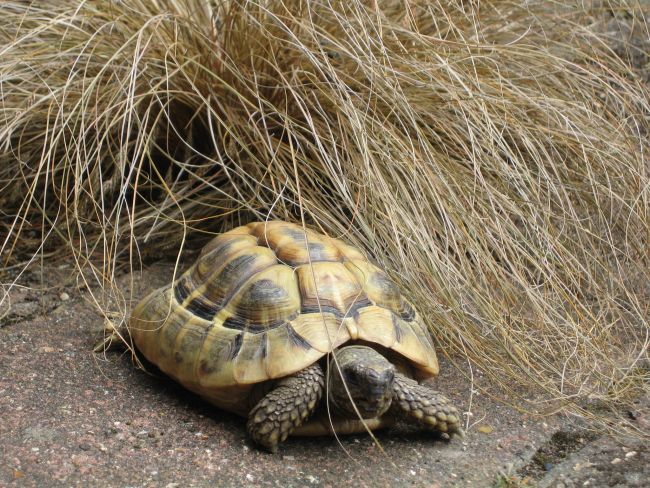