This guest blog is by Hayley Spann, who is a “partner” in the One Year in Transition course. During our last meet-up (in early January) the Transitioners who are taking part decided they were going to be known as “partners” rather than “students”. They are fully involved in shaping the curriculum and the business model for 1YT as it continues to grow and innovate. That is all part of the learning and will continue to be the case each year as the students get more involved in running the programme.

On the Sunday morning we sat down together and talking about Wayfinding: how do you hold a vision and find your way towards it when there isn’t a map and you have never been there before? We took the Cavafy poem “Ithaca” (about the voyage of Odysseus back from Troy to his native island, as told by Homer) as our jumping-off point. Its metaphors about sailing across oceans, meeting with disasters and friends, and finally arriving home gave us a language for our own experiences. Over to Hayley.

I have an irrational fear of sharks.  The day before I left Mexico I decided to go snorkeling and face my fears.  I was expecting there to be some sort of elaborate training session, but I literally just strolled up to the kiosk on the beach, paid for my ticket and the little rickety boat arrived in a few minutes with five sun-drenched strangers on board.  When we arrived at our destination, snorkel-clad, I watched as they gracefully dived into the water, reveling in the wonders of a coral reef just off the coast of Tulum.  I clambered out of the boat with somewhat less grace and tumbled into the water clinging on tightly to the side of the boat, almost bringing it with me.

Fear gripped me.  I stayed where I was.

“Life-jacket señorita?”  No life jacket was going to stop those sharks chewing my leg off, it would just make me more visible.  In the end, I gave in and I had a little look around, but rather than enjoy the aesthetic delights, I spent the whole time checking for any sight of these ominous creatures and making sure I didn’t lose sight of the boat, waiting anxiously until it was socially acceptable to go back.

Just last month I participated in the second meet-up for my One Year in Transition course and the overriding theme of the week was wayfinding, which evoked that memory of me treading water in the great Atlantic Ocean and the all-encompassing fear of the uncertainty beneath my feet.  We began by reflecting on a poem, Ithaca by Constantine Cavafy, a beautiful metaphor of the journey to an island based on Homer’s The Odyssey which begins:

When you set out for Ithaca
ask that your way be long,
full of adventure, full of instruction.

I think that most people will agree that they’re looking for something; a dream job, a life partner, spiritual enlightenment, happiness.  That is not to say, however, that we always have a clear understanding of what we’re looking for or that we’re always looking for the same thing for our whole lives, but in some way or another we’re trying to navigate towards something in front of us.  At some points, the direction can seem clear and we glide along with the wind.  At others, we can feel like we’ve totally lost our way, fear grips us and we seemingly tread water.  Sometimes you can see Ithaca right in front of you, in those high moments in life like falling in love. 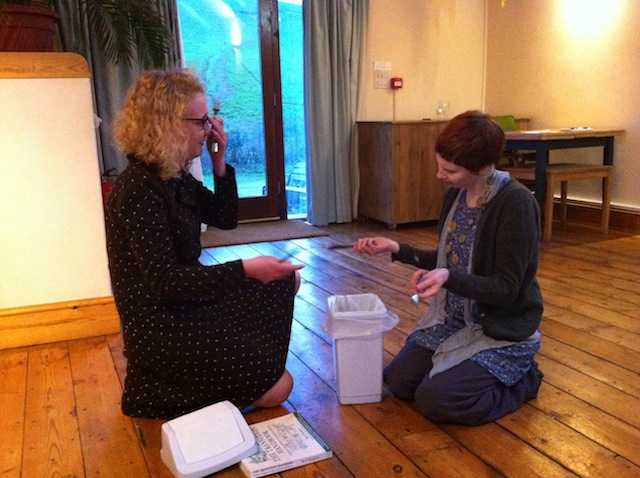 I thought that this 1YT course was going to lead me to Ithaca, but what I’m learning, which is much more valuable, is how to be a better navigator.  It’s teaching me how to appreciate the journey to Ithaca, to keep my eyes open for signposts both in the past and present.  For example, as part of the course, we have to undertake an action enquiry, which means holding a question that is of particular personal importance to us and looking for the answer to that question in our own experience and the world around us.  This has really enabled me to find meaning in my experience  and I’m beginning to piece together the narrative of my journey and identify markers that illuminate where I’ve been and where I’m going,  rather than feel like I’m clinging on to the side of the boat.

Additionally, as the poem suggests,

Without [Ithaca] you would never have set out.

Navigators need to have some sort of understanding of where they’re going.  Having a vision is fundamental, and we don’t appreciate how challenging this can be.  During the week in Devon, we went public, we met a number of really inspiring people; they shared their stories and gave us food for thought for our journeys. We met Rob Hopkins, the founder of the Transition Movement, who taught us about becoming better storytellers and better leaders in our communities.  We met Francis Northrop who offered an inspirational example of creating a vision of Ithaca as a community rather than as an individual, sharing the navigational task.   Each time we met them we had to give a brief summary of what we were doing and our stories.  For me, this was absolutely the most terrifying thing; partly because it meant embracing the fact that I just don’t have a clue what my vision is.

But what I’ve realized, thanks to a heart-to-heart with one of my coursemates, is that just because I don’t have a clear vision for the project I want to commit to, doesn’t mean that I’m treading water, because I’m learning a lot of really important lessons all of the time and that is the journey.

…don’t in the least hurry the journey.
Better it last for years,
so that when you reach the island you are old,
rich with all you have gained on the way….

The wisdom I have gained on this course hasn’t only been about self-discovery though.  Last week we learned some pretty solid, practical skills.  Sally Croft taught us about managing our own accounts, making sure we don’t fall into a whirlpool of bankruptcy.  Jay Tompt taught us about making a business plan, to take hold of the vision and communicate it to others. 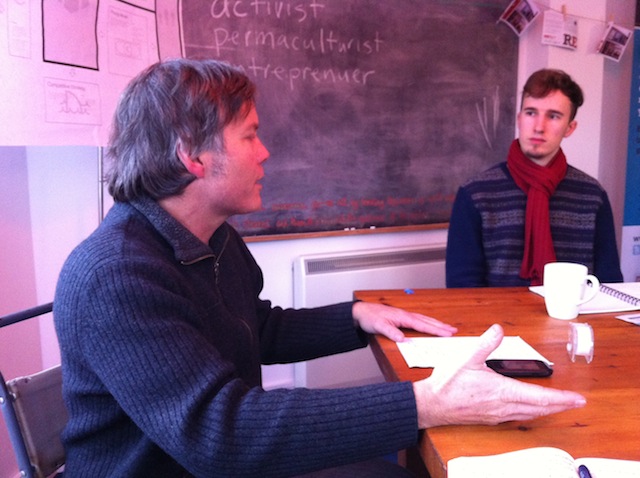 Finally, the week away brought me to facing an old fear; fear of rejection, especially when you’re taking a new course in your journey.

The Laistrygonians and the Cyclops,
angry Poseidon – do not fear them:
such as these you will never find
as long as your thought is lofty, as long as a rare
emotion touch your spirit and your body.
The Laistrygonians and the Cyclops,
angry Poseidon – you will not meet them
unless you carry them in your soul,
unless your soul raise them up before you.

If you spend all of your time focusing on the sharks, you get weary and you lose sight of your vision.  It comes back to this notion of uncertainty again which I broached in my last blog, there might be sharks below you or there might not and who knows if the sharks are more terrified of you than of them?  Or if they even like the taste of human meat.  You’ve just got to have faith in Ithaca and in the meantime, keep your eyes and ears open for all the beauty around you.