It’s a thought-provoking question.  An article on the Big Think website recently looked at the American Psychiatric Association’s diagnosis of ‘Narcissistic Personality Disorder’ (NPD) and argued that it perfectly describes US Presidential candidate Donald Trump*.  NPD is defined as “pervasive pattern of grandiosity (in fantasy or behaviour), need for admiration, and lack of empathy”.  In this blog we want to explore strategies for how your Transition group might cope were Donald Trump, or someone else modelling similar behaviour traits, to seek to get involved with your Transition group.

The article goes on to set out 9 characteristics of the disorder, arguing that if more than 5 are present, the disorder is indicated.  They are:

While our Donald Trump scenario is, of course, unlikely, he will hopefully have a bit more time on his hands come November 2017, so you never know.  But how should a Transition group deal with such a person seeking to get involved?  How best to manage difficult people?

I’d like to offer 6 tools to help cope with such a situation: 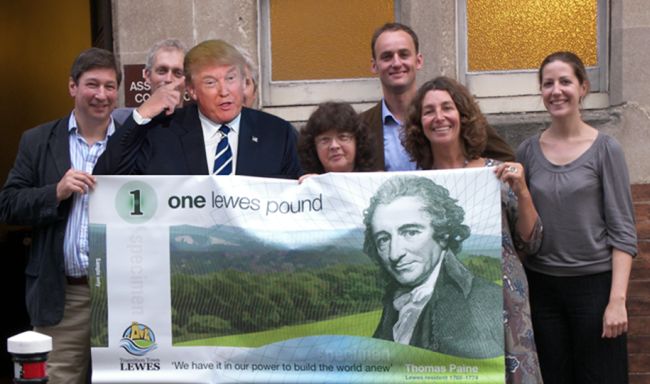 Donald Trump, or someone demonstrating the kind of extreme behavioral tendencies set out above, may well still have useful things to bring to your group.  They may have some great skills around running businesses, making things happen or influencing decision-makers. Those may indeed be just the traits your group needs if it is to move forward successfully, to step up to another level.  The fact that they may not be an easy cultural fit with the rest of the group may say more about the group than it does about the Trump character.

If the right place can be found for him (or her), and the processes put in place to manage his character (we’ll give you some of those below) he could be a real boon to the group.  Indeed he may have a drive and a sense of expertise and ability to make stuff happen that could be key to enabling the group to scale up what it’s doing, for example.  That process though will clearly need some managing.  In Transition Town Totnes, we had for a while a Volunteer Co-ordinator, who, when someone approached the group to get involved, would sit down with them to work out their needs and where they might best fit.  This could be a good first step.

2. Embrace your own ‘inner Trump’

We might imagine a spectrum, from the empathy-free Donald Trump extreme at one end, to an excessively empathic person, incapable of ever saying no, at the other.  All of us are at different points along the spectrum, as we are on any of the 9 points in the Big Think list above.  There is a bit of Donald Trump in all of us.  We live in a world that has cultivated individuality, narcissism and self-importance in all of us.  We live in a world that is still dominated by patriarchy and privilege, explicit or disguised, that we all encounter, or take advantage of, in our daily lives.  We have all, to some extent, developed survival strategies to avoid the pain of not feeling loved and of not belonging.

What the American Psychiatric Association call a Narcissistic Personality Disorder is most usefully seen as the result of deep wounding in childhood, a sense of being unloved and not being good enough, resulting in a deep insecurity.  It is vital that when we have to work alongside such a person in our Transition group, or elsewhere in our lives, that we have empathy and compassion towards that, and recognise the wounding that underlies it.  And if we find ourselves being enraged by, upset by, or infuriated by this, it is important that we also take responsibility for what that person is triggering within us.

Why are we feeling uncomfortable?  Which of our buttons are they pressing?   What could you learn from this person?  What might you learn, and how might you increase your effectiveness, by moving a bit more Trump-wards on your own inner Trump spectrum?  It could also be useful in your group to do some exercises together which are designed to increase empathy and compassion – both for ourselves and others.

A Transition group, or similar, comes together to try to help transform the world.  It needs to make time and space to reflect on the core values that will underpin its work. What often happens in groups is that the process of agreeing these values, defining the purpose and developing group agreements is left undone.  Finding the moment at which to do them is tricky.  Do you do them at the very beginning, which would be the ideal but we tend to be busy doing other things and getting to know each other at that stage? What usually happens is that we leave it until someone difficult, Donald Trump for example, arrives, and the need becomes clear – or even desperate!  While the aspiration is to do them from the outset, the reality is often different.

The main things that it feel essential for our group agreements to include, if we are to protect our groups from being de-railed by the Donald Trumps of the world, are: 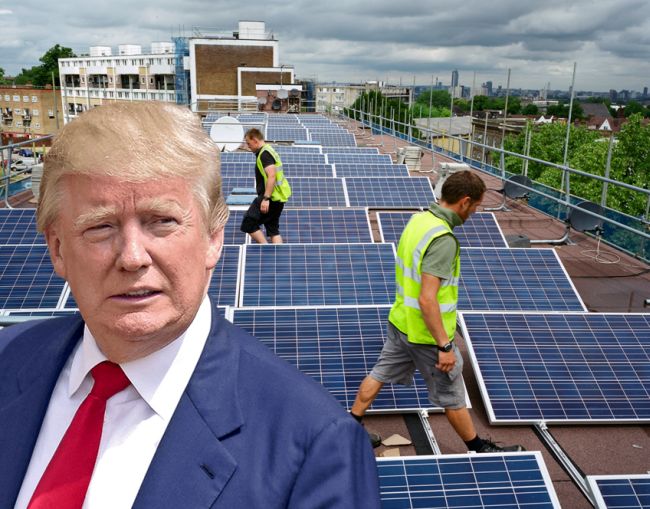 4. Recognise that it’s OK not to be inclusive

We can often fall into a trap of thinking that our Transition group should always be 100% inclusive of anyone who turns up wanting to get involved.  While it’s a good aspiration, it can also be a very harmful one.  I remember visiting Occupy’s camp at St Paul’s in London a couple of years ago, and it was clear then that their approach of complete inclusivity was doing very real harm to their work, as the percentage of the population at the camp with ‘mental health’, drink and drug issues, and other problems grew and increasingly become the key focus of their day-to-day life preventing them from focusing on the longer term purpose of the group.

Of course it might be that a group confronted with this situation may consciously choose to change their purpose and instead respond to the presenting needs of the group. However, the chances are, for this to be effective then it needs to be a considered and conscious decision, rather than simply unfolding because the group does not have the structures, processes and self-awareness to exercise the boundaries it needs to remain true to its purpose.

We long for our groups to be completely inclusive, and perhaps that’s because deep down we are terrified that it will be us that will be the excluded ones, and because we have had experiences in our life where we have been excluded, and it’s been a painful  experience. While inclusivity is an important aspiration, absolute inclusivity serves no-one.  Your group needs to feel able to lovingly exclude people when an individual’s behaviour is undermining the group’s effectiveness in achieving its purpose, hence the importance of having that clearly stated (see 3).  It is important to be clear that there is a big difference between judging a person and judging their behaviour.

5. Learn to sit with discomfort

We are all understandably attached to the idea that we are good, kind people.  Being the person in a group who stands up to our Donald Trump character and challenges their behaviour can be something that we feel very awkward about doing – or that we find ourselves too angry to handle skill-fully.  It doesn’t feel comfortable, or come naturally does it? We are kind, caring people, that’s what we do…

But if our group is going to be able to achieve its purpose, we have to learn to sit with the discomfort of pointing out that someone’s actions are not in the longer term interest of why we are all working together.  We need to be able to say that certain behaviours, certain ways of relating, are not ok.  We need to become more robust and adept at letting people know when their behaviour isn’t compatible with the group, and saying something like that might not be something we have ever done before.  But not only do we need to do this; we need to learn how to do it well by expressing our boundaries in a loving way.

6. Be willing to give and receive feedback

We live in a society which is pretty conflict averse. This means we are not great at offering and receiving feedback within our groups.One of the reasons that people who exhibit the traits described by this Narcissistic Personality Disorder have been able to grow to a position like Trump is because for various reasons no-one gives them clear, honest feedback about how their behaviour affects other people.  They are unaware of the impacts they have on those around them because:

b) Our groups usually lack a healthy culture of offering and receiving feedback and so when we do give feedback we are usually either pretty scared and/or angry, without being fully conscious of these emotions, and so our attempts at feedback can often be pretty muddled and passive-aggressive

d) Cognitive dissonance is widespread – such that many of us hold so tightly onto a beliefs/stories, because we feel that our identity and sense of self is so dependent on this, that we will not allow any other truths in – even when almost everyone around us is reflecting the same thing to us. The threat to our ego/identity/sense of self is so overwhelming – and deep down we are so frightened – that we have created a thick impermeable wall around us that prevents us from listening to feedback from others.

So it is essential that, from the outset, we cultivate (either on our own or with the support of a facilitator) the ability to give and receive honest feedback.  This requires that we come to our role in a Transition group with a curiosity about ourselves as much as we come with a curiosity about the group and the projects we might achieve together.  In the long run, being part of a compassionate, skilled, empathic Transition group could be one of the best things that ever happened to Donald Trump.  He might learn more about how his words, his actions, his character, affect other people, and empathy would grow as a result. 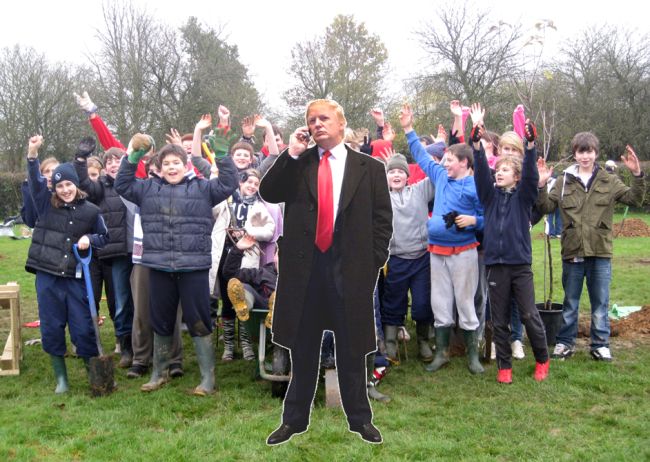 While not many Transition groups will have to contend with Donald Trump walking through the door and asking to get involved, most will find themselves needing to manage people who feel disruptive, people with wide variations of self-awareness and empathy.  Managed skilfully, it can be the making of the group – and is pretty essential to our embracing of diversity.

* We recognise the limitations of using such a reductionist approach to mental health and that the term ‘disorder’ can be very unhelpful in its a) pathologising approach that lacks compassion for the complex and fragile reality of how such behavioural traits develop within people and an awareness of such traits not being ‘all or nothing’ but rather a polarized version within a spectrum of behaviours that we all fit within b) potential to stigmatize and alienate people and thus exacerbate the behavioural traits it is pointing to.