Greyton Transition Town is the first official Transition group in Africa, initiated in December 2012 by Nicola Vernon, who said “as a driver for social integration it’s the best I’ve encountered in 30 years of working in social welfare”.  Greyton is a beautiful town, visited by many tourists,  but like many places in South Africa, one that still bears the scars of apartheid.  The division this caused is still visible today. Many residents suffer from poverty, poor education, unemployment and deprivation.

Greyton Transition Town is unusual in being resourced by some of the profits of two businesses it has established, an EcoLodge, offering affordable accommodation, and a vegetarian/vegan restaurant. While the GTT team run projects with universal appeal, much of the focus of their work is on environmental and humane education in local schools.  It’s a story beautifully told in this video, made especially for ’21 Stories of Transition’.

The group’s activities include: 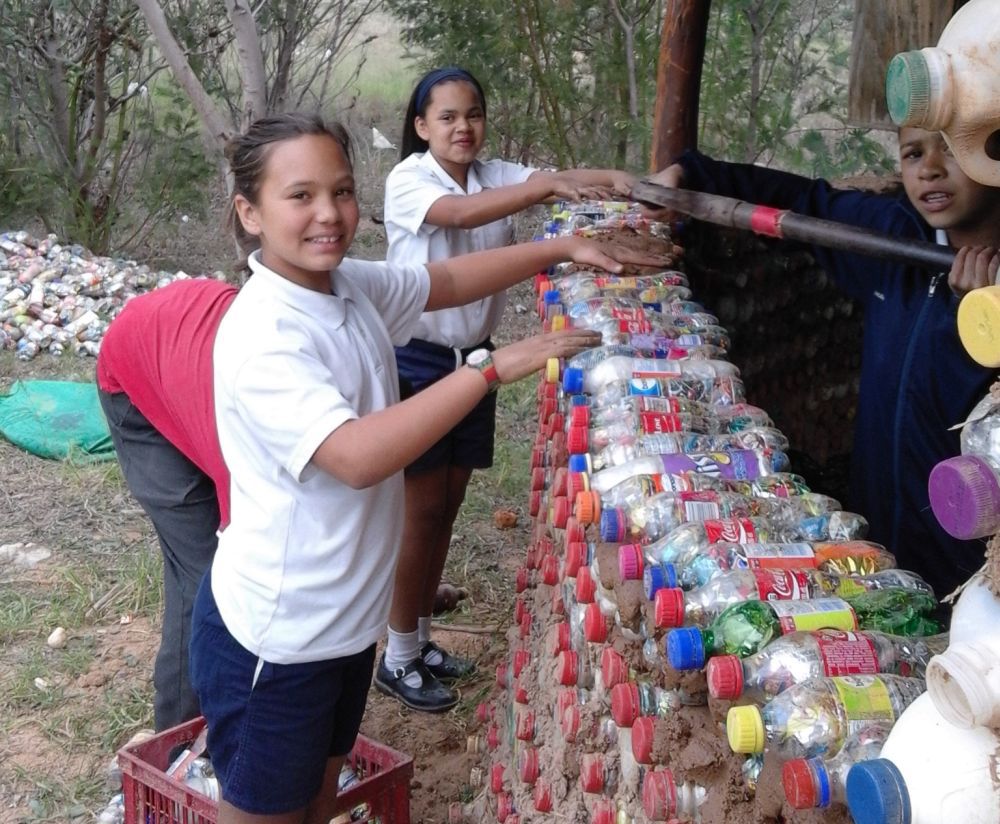 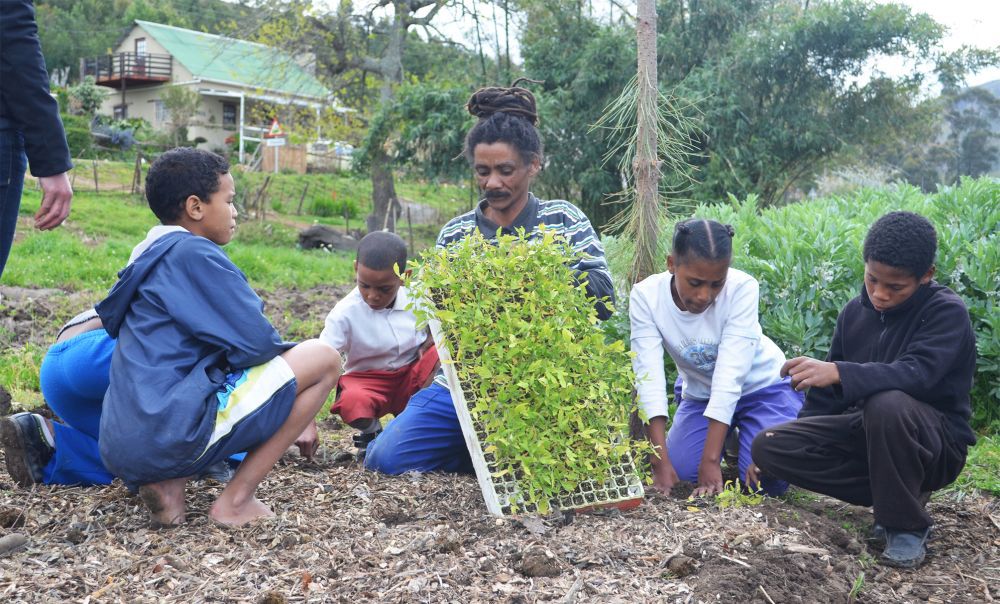 “Most problems with historically disadvantaged children in South Africa stem from their lack of hope. They are not motivated to study when there is so little opportunity – only unemployment or a low paid job as a waiter, gardener or domestic help. All our children now have the EcoCrew to aspire to, it gives them hope and has lifted the whole school”.
Rodney Cupido, Head of Emil Weder High School.

Setting up ‘Swap Shops’ in local  schools: spaces where children and their parents can bring clean, dry, recyclable waste and receive vouchers, which they can exchange at an on-site shop, to purchase essentials such as clothes, toiletries, blankets and school clothing. 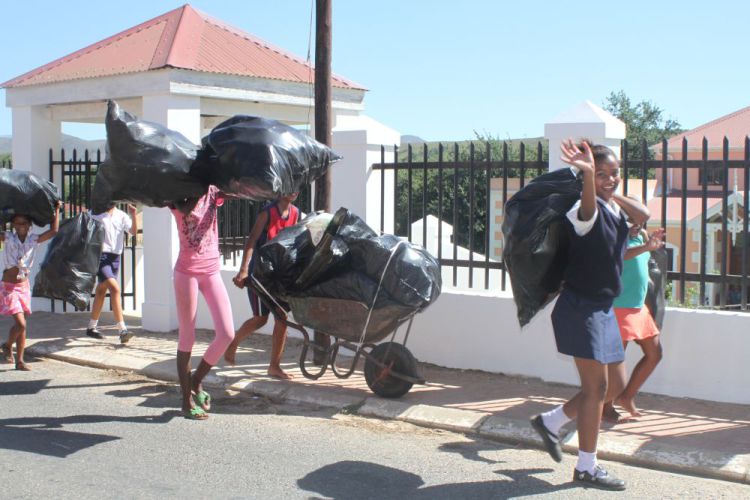 Students on their way to the Genadendal swop shop. Credit: Candice Mostert.

Anything is possible if you just put your mind to it. We are always persistent in what we do. Whoever you are, as an individual, you can make a change, people will see, people will follow, because it’s about the way you do these things.
Marshall Rinquest, Greyton Transition Town