Lambeth’s Local Entrepreneur Forum (LEF) drew its inspiration from the Totnes LEF, a Transition innovation which began in 2012.  It’s a simple idea, an invitation to the community to get behind its entrepreneurs, and to support them in a variety of ways.  Investment in a business need not be money, it can be offers of space, support, mentoring, website design, dog walking, massage, and many other things too. A LEF is an event designed to maximise the offering of such support, a community gathering around its changemakers.

Rather than writing lots of words about the wonderful thing that is the Lambeth Local Entrepreneur Forum, we’d like to just point you the video above and to this wonderful podcast which say it all really:

You might also enjoy Rob Hopkins’ report on the Lambeth LEF.  Also, if you’d like to run a LEF where you live, check outthe LEF page on the REconomy Centre’s website.  You might also enjoy the great article that Jay Tompt wrote recently, called ‘The LEF: Reconomy’s ‘killer app’?‘   And here are a few photos (with thanks to BluePatch, Mark Ovenden and Jane Langley): 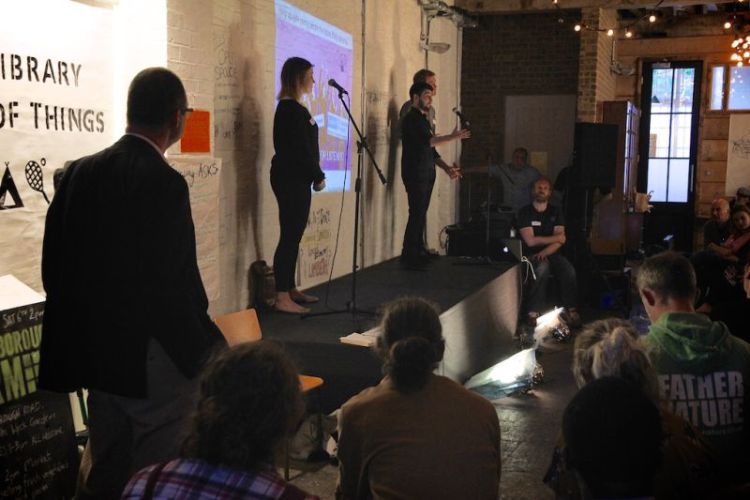 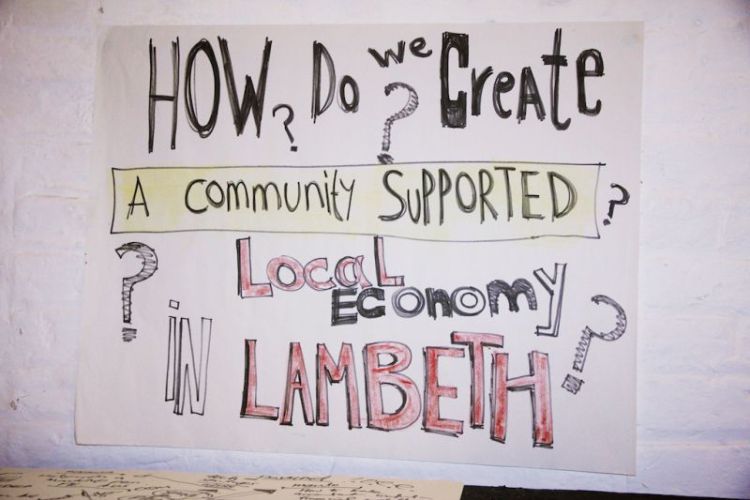 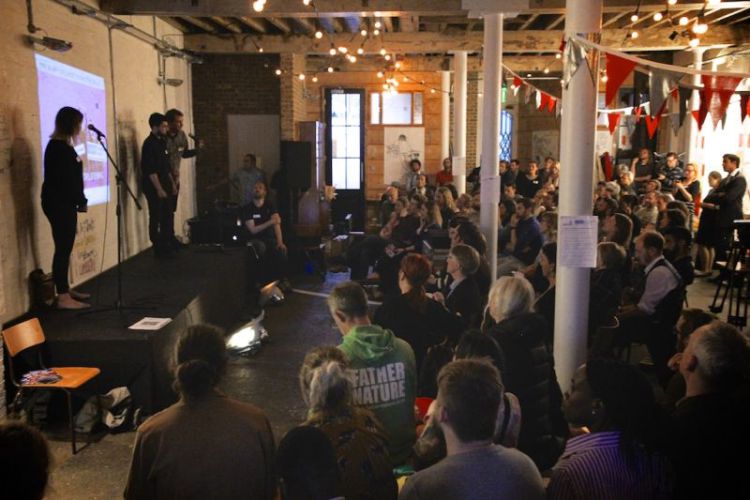 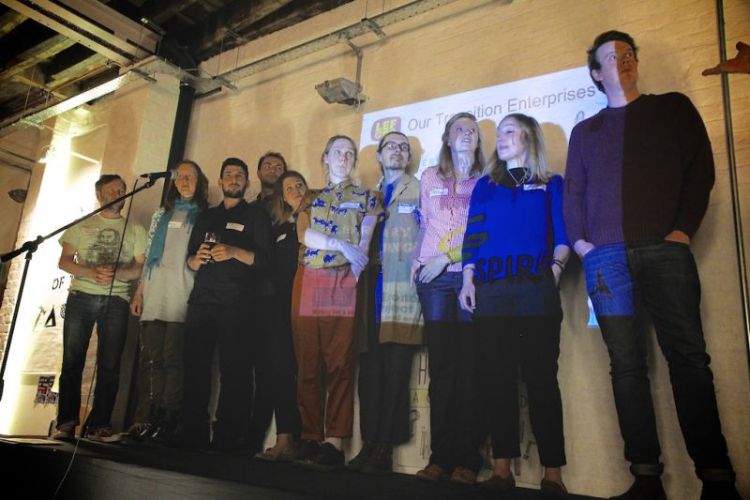 "Local and positive is where it’s at. We need to re-imagine the way we do everything, including global change. Top down doesn’t provide locally appropriate solutions nor real engagement in culture change. So find ways to resource the local change-makers who are building positive projects that have the potential to engage 7-9 billion people in building the post-industrial, postcapitalist, post-cheap energy paradigm”.
Duncan Law, Transition Town Brixton