It is the garden, ‘Potager Alhambra’, that is the subject of the first of our 21 Stories (‘potager’ being the French word for a vegetable garden, and ‘Alhambra’ being the neighbourhood of 1000 Bruxelles).  I was recently in Brussels and visited the garden, where I was greeted by some members of the group, as charming and committed a group of Transitioners as I have met.  Here is an interview I did with Sebastien Mathieu, standing in the small, but beautiful garden:

Lit by the area’s street lamps, standing in the garden was a magical experience.  It is somehow one of those moments where you can feel your brain recalibrating itself.  You’re standing in a street in a very urban part of one of Europe’s major cities, but at the same time you are surrounded by raised beds, emerging rocket seedlings, tomato plants coming to the end of their season, and the last of the year’s courgettes.  It feels out of place, incongruous, but it also feels right.  Really right.   As a gift, I was given a jar of green tomato jam made with tomatoes from the garden. It felt like holding something rare, precious, like gold.  Brussels street jam: 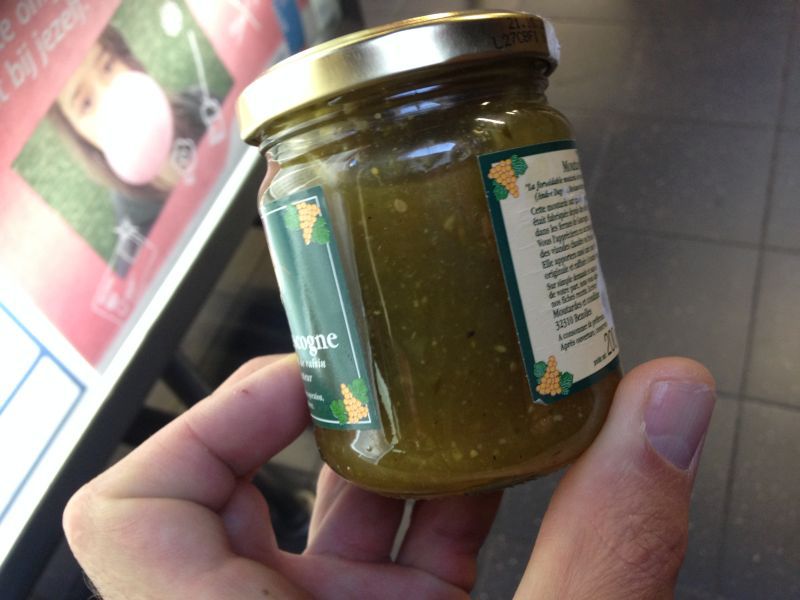 What is being grown here...community, confidence & that we can change the world #COP21

For me, the question that comes strongly out of this project, and from all of the food growing projects in ’21 Transition Stories’, is what is actually being grown here?  In a project where each family has a plot just 1 metre by 1 metre, no-one is going to be coming too close to self sufficiency.  But this is a garden that grows much more.  It grows community.  It grows confidence and a sense that people can change the world around them.  Several of the people who founded the garden went on, a year later, to be key initiators of a remarkable community-led response to the refugee crisis.  It grows conviviality and a safe place.  On a street where children would normally never venture, I was told how now, when people work in the garden, within a few minutes they are joined by children who want to talk and help.  It grows encouragement.  People on neighbouring streets are already approaching to ask how they might create their own gardens. 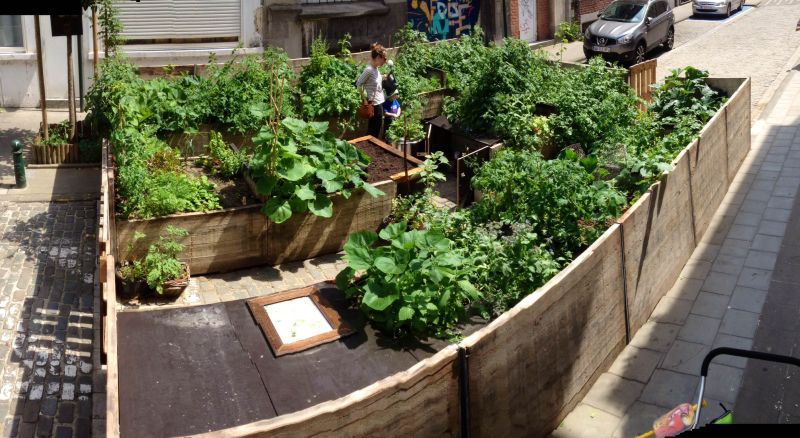 All of which leads me to some reflections on the number 13.  The Potager Alhambra contains 13 beds.  When neighbouring streets approach the group to ask about making their own version, they are told that the first step is to get 13 neighbours on the street to commit to tending one of the beds.  As someone pointed out during a presentation I gave where I told this story, 13 is an interesting number.  It is small enough to feel possible, to feel achievable.  It’s only 13.  But then at the same point, gathering together 13 people requires a degree of stepping out of our comfort zones.  13 requires knocking on doors.  It requires introducing ourselves to others.  So just the process of finding our 12 other gardeners is already a fascinating step into Transition.

Message for COP21: "We are ready for change. We have already started it where we live in our neighbourhoods, and it’s great!"
Sébastien Mathieu, 1000 Bruxelles en Transition