São Paulo is a city suffering from a chronic water crisis, what some are calling “hydric collapse” as the city experiences a record three year low in rainfall, with 2014 being a record-breaking drought. And due to deforestation around the city, when it does rain, it can turn into violent torrents that end up not filling reservoirs but causing other problems. This has made life for people in the city extremely difficult. Brasilândia is well known as a favela (slum) whilst Granja Viana is a middle/upper class area. These two very different neighbourhoods within São Paulo (population c.12 million) are home to two sister Transition groups.

Isabela de Menezes of Transition Granja Viana (TGV) says this relationship with Brasilândia came about after residents there heard about the TGV Barter/Exchange Fair and wanted to do one too. Since most residents in Brasilândia don’t have many material possessions they got creative and offered services for things instead e.g. a massage in exchange for some seedlings.  Back in July 2014, when Brazil was still hurting from the World Cup, many people (outside the mainstream media) were talking about an urgent need to tackle the imminent water shortage crisis.  Isabela decided to speak to all her neighbours to make them aware of the crisis and to share knowledge about the importance of storing rainwater. 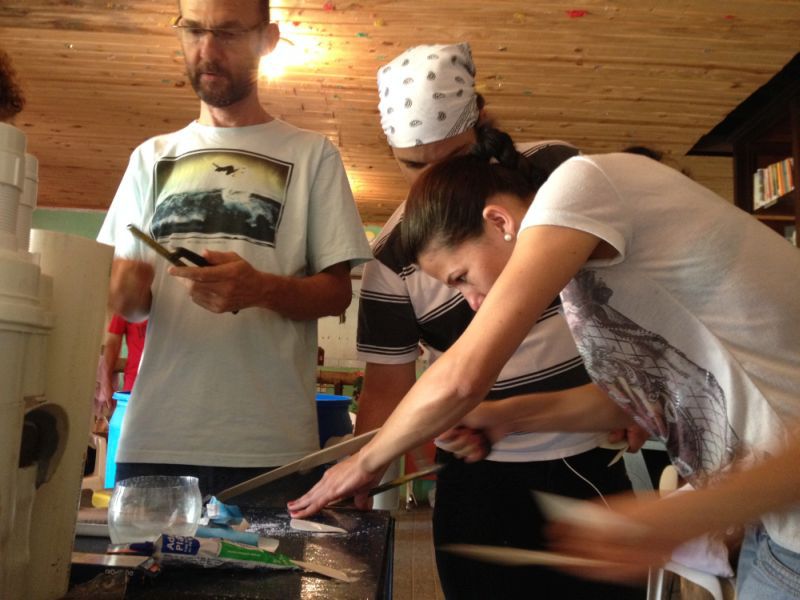 This was not always an easy task in her neighbourhood as all the homes have internal water storage tanks and many did not see the water crisis as an urgent cause for concern. Her intention was to change people’s perceptions of water – that fresh water is a finite and vulnerable resource, that it’s much better to reduce the use of fresh water by using captured rainwater for things which don’t require pure water such as washing the floor, watering the plants etc.  Life in Brasilândia was very different, with residents sometimes going without water for up to ten days. In the favelas, very few of the homes have water storage facilities. People get their water direct from the pipes so if no water is flowing through the pipes then they simply go without. As a result, many people in Brasilândia took matters into their own hands by building their own water collection systems but these did not filter or close the water tank  properly and as a result many people were getting seriously sick with dengue fever and other illnesses.

For Isabela, the time was ripe to do something about it, to start running workshops. The first two ran in November 2014 in both Granja Viana and Brasilândia and were led by Professor Edison Urbano who has created a system which safely filters and stores rainwater straight from the roof. Soon, Isabela’s husband Guilherme also learnt how to assemble these systems and started assisting friends and neighbours and being part of the workshops.  The video Isabella made especially to celebrate being chosen as one of our 21 Stories of Transition picks up the story from here…

"Our main message is that water falls from the sky and it’s FREE. It’s terrible that the country doesn’t use this resource. We would show them how poor houses and middle class houses and upper class houses can learn the importance of this resource and use it in a positive way. And also how beautiful and creative we can make it".
Isabela de Menezes, Transition Granja Viana. 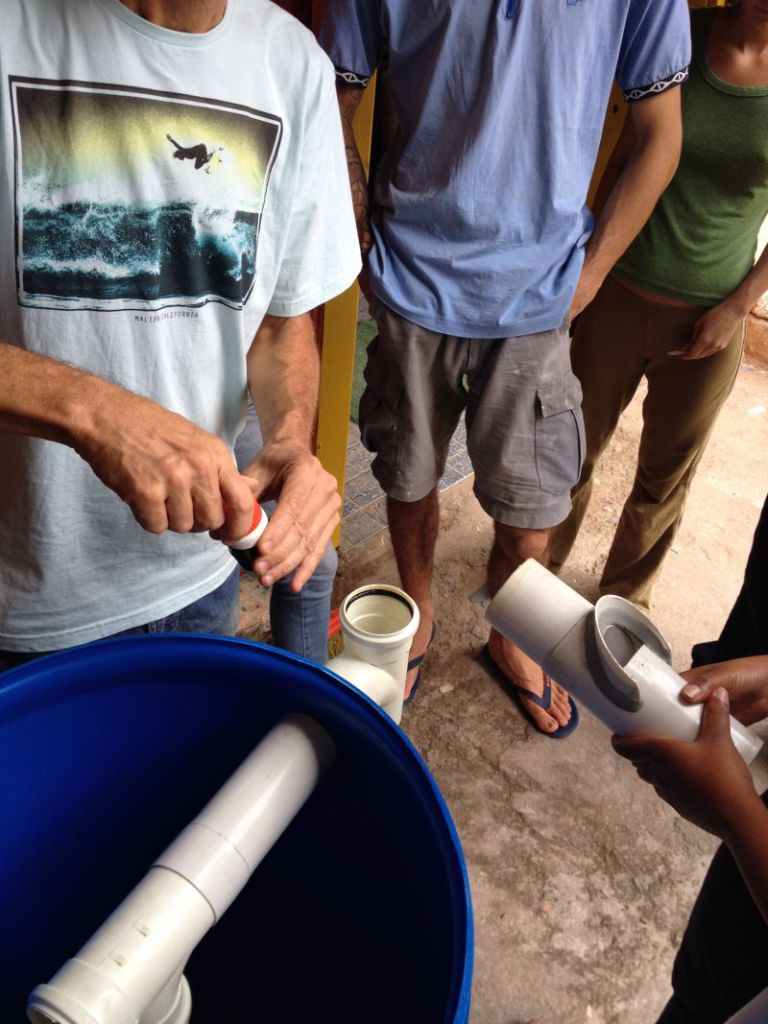