The following story is the fourth installment in a new series from Transition US,  called “10 Stories of Transition in the US.” Throughout 2018, to celebrate the 10th anniversary of the Transition Movement in the United States, they have been exploring 10 diverse and resilient Transition projects from all over the country, in the hope that they will inspire us all to take similar actions in our local communities.  The project was in part inspired by the 21 Stories of Transition, and forms a wonderful addition to our story collections from across the Transition movement. 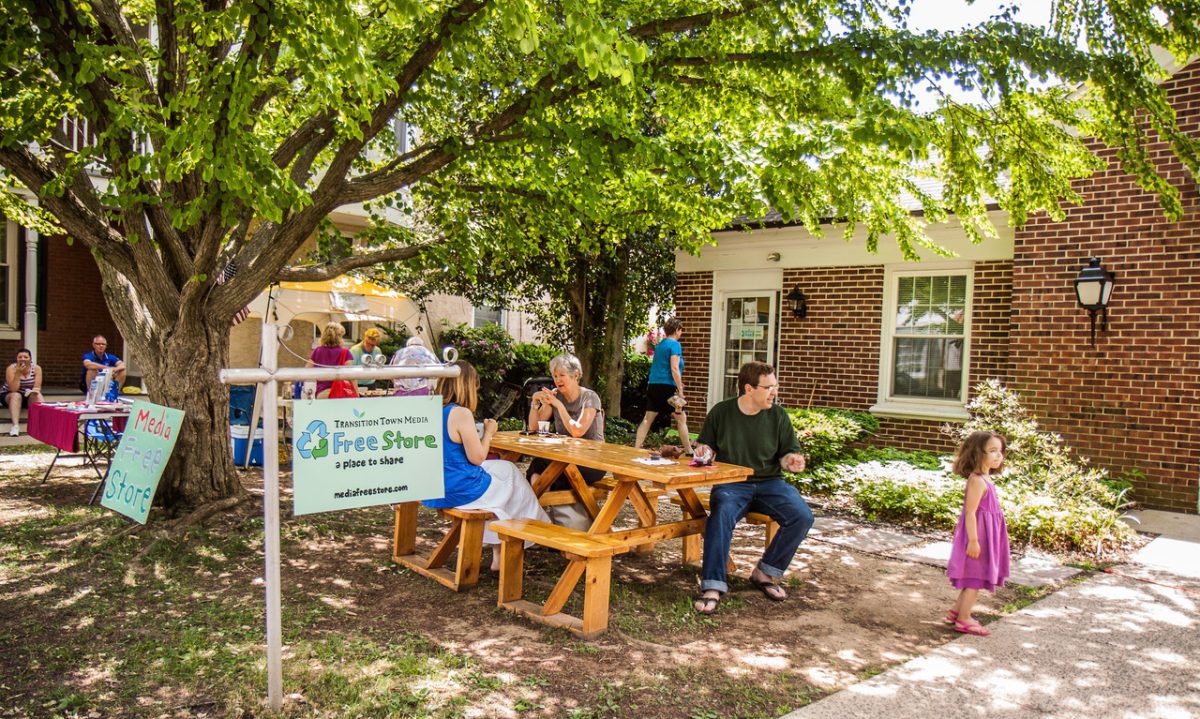 When Aleisa Myles attended a talk on permaculture in 2010, hosted by Transition Town Media, she immediately knew that she had found an initiative she could get behind. The discussion that followed that event helped her to understand how the principles of permaculture could be applied to local communities in order to build greater resilience and sustainability. Since then, Myles and her fellow Transition Town Media members have helped to make it one of the most robust and successful Transition Initiatives in the United States.

“There was, and has been, throughout Transition Town Media’s many events and projects, a sense of possibility and aliveness in people taking bold ideas and putting them into action right in our town for the benefit of all,” explains Myles. “I found that, early on, everyone was welcomed to step in and be a collaborator. No matter the size of the group in any meeting or event, the energy was infectious.”

Sari Steuber says she joined the initiative in 2008 because it appealed to her desire to find like-minded people with whom she could work on a big, all-encompassing cause. Recently retired, the articles she was reading about fossil fuel depletion, climate change, and economic instability left her feeling thoroughly depressed, scared, and hopeless.

“Serendipitously,” Steuber recalls, “the local environmental group I had joined a few years back had formed a book group to read The Transition Handbook and decided they wanted to start a Transition Town in Media.” 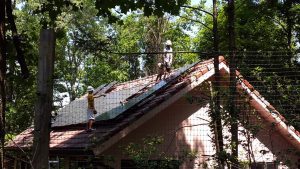 While Media is just one of many small suburbs outside of Philadelphia, as the seat of Delaware County, it put the members of this new group into direct contact with their local government. However, to build a truly community-wide movement, Transition Town Media also needed to reach out beyond policy-makers to engage other individuals and institutions.

“Our first few months,” Steuber says, “were spent meeting with leaders of local organizations, sitting in on meetings of our Borough Council and Environmental Advisory Council, visiting local farms and getting to know local farmers, learning what issues people had, what kinds of solutions had been tried, and what had been successful.”

Connected to Philadelphia by a trolley that runs the length of Main Street, Media, whose slogan is “Everybody’s Hometown,” was already somewhat community-oriented and environmentally-conscious. Many of the more prominent buildings in their downtown area had already been outfitted with solar panels when Transition Town Media began. One of the keys to Transition Town Media’s success lies in listening to the community they serve and to those who step forward, inspired to get involved.

“Find out what community members are passionate about,” Myles encourages, “and offer a public event or project or opportunity for more people to come together, see what it’s all about, and get on-board. Support and nurture each other and continually look for and learn to perceive the strengths and gifts that each person brings. Understand the needs of your community – where are the gaps, where is the status quo faltering most intensely? These are often the places where creative solutions can take root. Connect with everyone you can and value differences.”

It is through celebrating this diversity that Transition Town Media has developed such wide-ranging projects. They have been active in local food initiatives, hosted numerous skill-building workshops, and focused on cultivating the “Inner Transition.”They have also launched TimeBank Media, which facilitates members exchanging hours with each other in a spirit of service, led a Solarize Greater Media initiative, which helps neighbors save up to 20% on solar panels by purchasing them as a group, and established the Transition Town Media FreeStore, which furthers the gift economy and reduces waste by offering underutilized items for free. 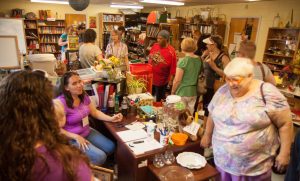 “The FreeStore is important because it is literally a gathering space for our community. It has done the ‘basics,’ like keeping things out of landfills and sharing items with others, but it has also done so much more. It has helped us educate others about Transition Town Media and create a very close-knit community.”

What started with a small group of volunteers in 2014 has now grown to about sixty people who regularly mind the shop, which pays its rent through a donation jar kept on the reception desk. Yet even with such a large community of dedicated volunteers, in the FreeStore and other Transition Town Media initiatives, some challenges have inevitably arisen.

“We have had a few instances of volunteers burning out,” Steuber says, “having taken on more than they could realistically manage. But we’re always on the lookout for this, advising volunteers to pull back and pace themselves, and ask for help when it becomes too much for them. We’ve found that being able to acknowledge what you’re good at it, what comes easily to you, what you struggle with, and what can lead to frustration and burnout is helpful. Inner Transition work has also been very useful in this regard – learning meditative practices and other means to accept what’s true and move on without shame or blame being attached to it.”

Involvement in Transition Town Media has waxed and waned over the years, as members have experienced changes in their personal lives and professional commitments, and as new endeavors take center stage for some of the initiative’s most active organizers. Nevertheless, the group has become a highly-respected institution in the community, with some people moving to Media mainly because it is a Transition Town. Their Solarize initiative helped earn Media a Silver designation as as solar-friendly town from the US Department of Energy’s SolSmart program and gave members an opportunity to consult with Philadelphia’s Energy Authority when they wanted to start a similar program for the city.

“Our Transition Initiative reminds us that our community doesn’t have to passively wait for a bleak future to crash down on us,” says Myles. “We are building a new cultural standard in our local area, of caring relationships with each other and our earth. We are weaving threads that bring us back to ways to meet people’s basic needs – threads that are stronger than the relatively unstable and unsustainable business-as-usual patterns that often predominate in American culture. We know that climate change and unsustainable and unjust social and economic structures are painful in the immediate, but we also know that these untenable ways of living can be transformed and that a more wholesome, abundant, interconnected, and enjoyable future is already being created. It is an honor to be a carrier of these possibilities from vision into reality.”

1. Transition Town Media’s popular FreeStore is just one of the many successful programs the group has launched since its inception in 2008. Photo by www.EmmaMedinaCastrejonPhotography.com.

3. Neighbors congregate and build community inside the FreeStore. Photo by www.EmmaMedinaCastrejonPhotography.com.