This little article is an intro (and a bit of a birthday honoring) to an extremely engaging article by James Samuel about the first three years of transition in New Zealand. 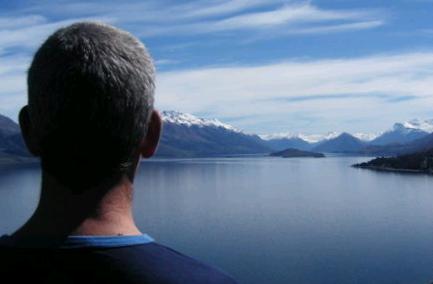 James Samuel was the second person from New Zealand ever to contact Transition Network. It was in late Autumn 2007 and we were a fledgling organisation barely moved into our scruffy offices in Totnes. James was initially focused on setting up a transition initiative in his own community of Waiheke Island.

I recall back then being slightly astounded that we were getting interest in transition from that far afield, and that the people contacting us, particularly James, seemed to “get” the ideas and principles so quickly and naturally.
A short while later, Rob was astonished and delighted to see a YouTube video of James talking fluently and engagingly about the purpose and principles of Transition to a New Zealand audience. It’s worth remembering that at that point, there was no Transition Handbook, the movie wasn’t ready, and the only material out there was the Primer, the website and some videos of Rob and others speaking about Transition. We had not expected the transition story to travel so far while staying so intact as it clearly had in the case of James in New Zealand.

It was heartening at that point to know that there was an authentic “voice” of transition over there. Inevitably, and quickly, James found himself in a position of catalysing action on a far wider scale than Waiheke Island. From that point, we were frequently contacted by groups in New Zealand thanks to the seeds that James and the other early adopters over there had planted.

Later in 2008 when some of the national hubs began emerging – Scotland, USA, with some very early discussion in Ireland and Sweden – we wondered what would happen in New Zealand, given their particular mix of “OK, let’s get on with it” attitude and a very independent mindset.

By now the Transition Aotearoa website was up and running, James was doing talks, blogs and articles in New Zealand and he was obviously the person in the best position to take the next step, setting up a formal organisation that would serve as the national hub and be able to bid for funding through the usual channels.

instead, he did something really bold, giving a lesson to many of us regarding commitment to the ideas of transition and faith in his wider community. He put a call out to the NZ transitioners in a bid to “crowd fund” his role. His faith was that if his role was considered valuable and that he’d done a decent job at it, then he’d get the support needed to continue in that role.

And what happened then? Well, you’ll have to read his reflections on three years in transition to find out.

So James, happy birthday to you and thanks for all you’ve done and the way you’ve done it.