Over one hundred people attended the launch of Mundaring in Transition at the Hub on Saturday 12th April.  Transition is an exciting new international movement that is rapidly growing in Australia. There are already well over a thousand groups in forty five different countries with several springing up in the Perth metropolitan area. Transition is the process by which a community shifts to a lower energy future, shops locally and generally becomes more resilient and sustainable.

The event  showcased some of the many groups in the Shire that are already doing the work of Transition such as the Glen Forrest Community Garden, Hills Sustainability Group, Hills Local Permaculture Group,  Mundaring Organic Growers Group, Men of the Trees and Swan Hills LETS. Peter Holland hosted the event and there were presentations from the Shire President Helen Dullard, Alan Pilgrim chair of the EMRC, Professor Ray Wills, Curtin University and Simone van Hattem from Conservation Council of WA.  These presenters provided an overview of the work the Shire is already involved with in relation to conservation and climate change and confirmed that an ongoing commitment will be needed over future years. 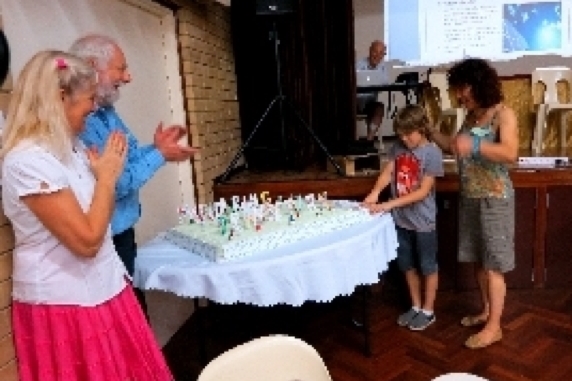 Prof Wills provided an optimistic note. History shows that new inventions rapidly replace older, less efficient ones. Prof Wills used the example of the horse and buggy being replaced by the motor car. Australia is a leader in the uptake of new technologies and it is likely that new electric vehicles and renewable energy systems will rapidly swamp our markets making the combustion engine and coal fired electricity generation obsolete.

The excellent turnout and enthusiastic participation of those who attended suggests that the time is ripe for Transition. Many of us who are concerned about climate change and dwindling resources are unsure what action to take and anything we do as individuals can seem insignificant.   However a community coming together to do these things provides mutual support and engenders a sense of optimism which in turn can fuel further energy for change. 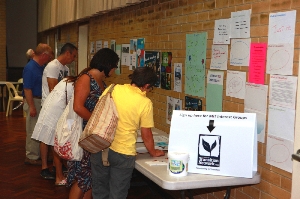 Additional evidence that community spirit is already strong in Mundaring was provided by the fact that the event was funded entirely by local sponsorship. Thanks go to the Bendigo Bank and the Shire of Mundaring as our major sponsors. Thanks also to The Mundaring Wellness Centre, the Soul Tree Cafe in Glen Forrest, the Parkerville Tavern, the Breadwinners Bakehouse Bakery, Bolt Coffee and the Mundaring branch of Rotary.

This is the beginning of Mundaring in Transition. This is start of a project that will last for several decades.  The next community event being planned is a visioning session to produce an Energy Descent Action Plan – a Transition concept whereby the community considers how best to adapt to a lower energy future.   It is hoped this will be sometime in August.