I’d set myself on a new path: convinced that climate change is actually the biggest humanitarian threat of our day, I’d come back to Europe from working as a humanitarian overseas, and focussed myself on learning how to minimise my emissions and to help Europe reach zero-carbon. By December, I’d also become convinced of the necessity of talking more about climate and energy issues – in their many guises: carbon footprints, energy transition, humanitarian impact, whatever – but speaking up in order to build momentum for collective, collaborative action.  I’d just discovered that two thirds of us rarely or never talk about it, even inside our close circle; and it turns out that women talk about it far less than men; and younger women less than anyone (Marshall, 2015). On Christmas Eve 2016, I took my first rookie steps: I shared a link on Facebook to Climate Outreach’s article ‘Why we need to be more vocal about climate change’ and encouraged my friends to also talk about climate change with their beloveds over Christmas.

My New Year’s Resolution for 2017 was an easy pick – finding a way to systematically minimise my emissions, but also learning how to talk about it too – given how tongue-tied I had just proven to be on the matter.

I soundly managed to have zero conversations about it. Zero, save for one sheepish explanation of why I’d given one relative a book on the subject – where in two minutes I gave him every reason not to bother reading it.

At the time I wasn’t aware of the phenomenon, but I had tangibly tripped over the Climate Silence.

I had thought talking about climate change was just a case of me needing to choose to bring it up. To share this issue that was so close to my heart and now present in each decision. But at each possible opening, my instinct held me back. Not just because it might dampen the mood, or because I often hold back in big groups. What unwanted discord might I sow? If I was excited about new transport developments, what aspersions might people think I was casting on their choice of getting about, or wrapping paper or, by association, entire lifestyle?

By our own cultural rules, climate change has become a topic we’re no longer entirely free to choose to discuss (at least, by and large, beyond like-minded in-groups). George Marshall of Climate Outreach eloquently explores the ‘socially constructed silence’ around climate change in his 2015 book, ‘Don’t Even Think About It: Why Our Brains are Wired to Ignore Climate Change’. A recent discovery which I wish I’d read sooner – it shed insight on many aspects of the climate issue that I’d clocked but misinterpreted or simply been boggled by; which in some cases are highly counter-intuitive. Marshall tracks how climate change has gained taboo status over the last 8 years or so,  taking in various factors as politicians, campaigners, the media and then the public drop it from their discourse as it becomes just too socially risky to broach.

‘Climate change finds no foothold between workmates, neighbours, or even friends and family…..I am constantly dropping the term climate change into conversations with strangers…..it doesn’t seem to matter how I say it, because the result is almost always the same: the words collapse, sink and die in midair, and the conversation suddenly changes course. It is like an invisible force field that you discover only when you barge right into it. Few people go that far, because, without ever having been told, they have somehow learned that this topic is out-of-bounds.”

So why speak up?

As Corner and Clarke (2017) put it in their similarly useful and pithy book, ‘Talking Climate’: “Climate conversations….are the glue that can hold the diverse elements of a proportionate societal response together”. Yup. It has to be on people’s radars to generate the kind of broad-based collective support and action that an effective response requires – and in a positive way. Marshall flags that many of the recent dedicated social movements – e.g., around homosexuality, child abuse, race, disability – needed “a central tactic of confronting a socially constructed silence” to win recognition and mobilise people to act in new ways. The fact that climate change and energy issues are so infrequently spoken about sends a loud message in itself: you do not need to pay attention to this; this is not an issue of relevance. Thus whilst Corner and Clarke’s overall call is for a wider, structured programme to cultivate climate citizenship, we as individual citizens are each powerful and responsible in our own right. We all bear great influence – whether through maintaining “the stifling social silence” which sends its own message, or whether through cultivating a good hearty conversation.

“From the uptake of energy-saving technologies, to the mandate offered to national leaders, to the social momentum behind new initiatives like fossil fuel ‘divestment’, public engagement underpins it all’…. ‘There are few influences more powerful than an individual’s social network, and the social norms that they are surrounded by, and public engagement campaigns should harness the power of these networks to catalyse new voices in the energy and climate change debate”.

Convinced of the urgency, but still tongue-tied, I took drastic measures in the end to force myself to pipe up: making the invisible visible, and declaring my emissions publicly using myself as a signboard. I’ll explore later to what extent this has been a useful approach. Photo Credit: Tom Heath.

We do need to be wary, however, of mimicking what’s been said before. All the research I’ve looked at this year has been desperate to highlight that we need to talk and question and listen in drastically different ways to the familiar trip-trappings of the last decades. Much of the language and narratives familiarly employed– and which I’d been all too ready to spout myself – have proved highly exclusionary and at worst entirely counter-productive. Thankfully, there’s much accessible and useful guidance out there on how to move the conversation forward, which I’ve been plundering over the last year in an attempt to ‘do no harm’ whilst trying to be of use. I’ll be exploring this guidance in the coming weeks, sharing my experiences of trying to put these principles into practice.

So, in the month that the COP process begins the Talanoa dialogue (a process to ‘share stories, build empathy and to make wise decisions for the collective good’), how’s about joining me on this Quest within your own groups of non-green beloveds?

This is very much still a learning in progress, still prone to mutterings and missed beats and periodic downright narkiness – so I will be soliciting and exceedingly grateful to hear your collective wisdom too. I can happily share, however, that over this festive period just gone, I’ve had five good discussions with various of my aforementioned beloveds, where the issue came up very naturally and friendly-ly, and at least five other conversations where climate got a passing mention as a matter of interest. A New Year’s Resolution for once seen through, and a definite re-norming of my norms!

Dawn of a New Year – winter’s gift to the re-imagining: a time to pause, take stock, and set out in new directions. Snow transforms the winter fields near where my Dad lives, offering new paths for the exploring. Photo Credit: Robert Rickett.

Some questions I’d be interested to hear your thoughts on as we set out: 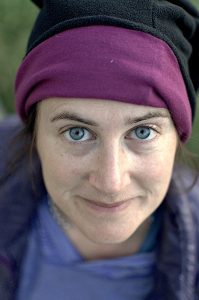