I don’t remember a winter as mild as the one the UK is currently experiencing.  Today was only the second frost of the year and it’s the 9th of December.  That comes, of course, in the context of what climatologists argue looks 97% likely to be the hottest year on record.  My father passed away a couple of years ago, and when my sister and I were clearing out his house, we found lots of photos that he took (he was a keen photographer) when he lived in London in the 1960s.  One set of rather beautiful photos capture an event which feels unimaginable today, the Great Freeze of 1963, when the River Thames froze.  The photos are taken from the Hampton Court Road.

January 1963 was the coldest January since 1814, the last time the Thames had frozen.  I share them today for several reasons, firstly because they are very beautiful photos, published here for the first time.  Secondly in memory of my dear dad.  Thirdly because the offer an insight into a very different climate, one we have left behind.  And lastly because, as someone who has come off his bike several times on patches of black ice, I’m intrigued as to why anyone would think it a good idea to cycle on a frozen river? 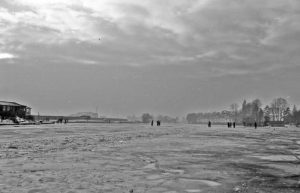 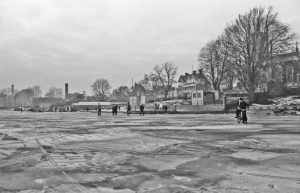 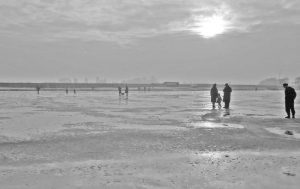 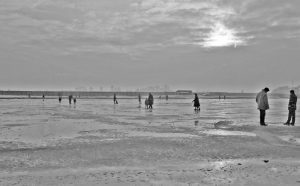 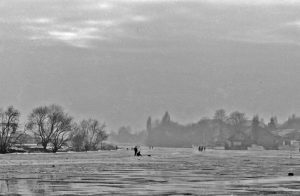 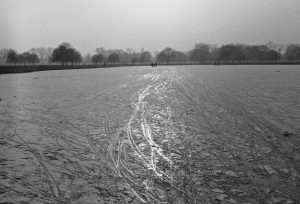 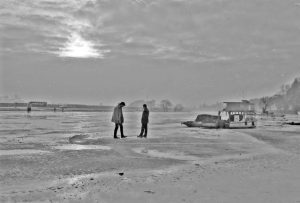