At the end of the Peoples’ Climate March in London, the last speaker, from Avaaz, asked the crowd to think of a place, or a person, that they really cherished, and to hold them in their thoughts during a minute’s silence.  To remember who it is that you are there for.  You could have heard a pin drop. It was an incredible moment.  Thousands of people in complete silence outside the Houses of Parliament.

As I stood there, thinking about my children, three of whom had travelled with me to the march and were stood feet away from me in silence too, I could hear in the distance the march still arriving from miles away, blowing its whistles and cheering.  Big Ben struck. Everything was still.

The march was extraordinary.  40,000 people came to show their support for deep and meaningful action on climate change.  The march left Temple at 1pm, and at 2.35pm, speaker Emma Thompson said that the march still hadn’t finished leaving Temple.  It was huge. 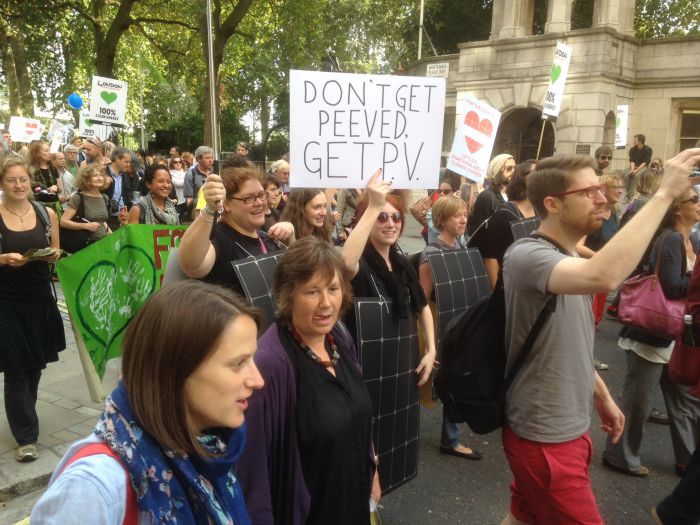 I found the whole thing very moving.  It’s always quite an experience to stand in solidarity with so many people who care deeply about an issue.  But climate change is an issue all of its own.  What really moved me, and still does, was the number of older people walking, not with placards, but with photos of what I assumed to be their grandchildren.

Avaaz had provided banners with a big red heart on, with the words “For the love of [insert something] let’s do something about climate change”.  People’s insertions included “The Arctic”, “Coral reefs”, “my grandchildren”, and the slightly odder, “Kate Bush”. 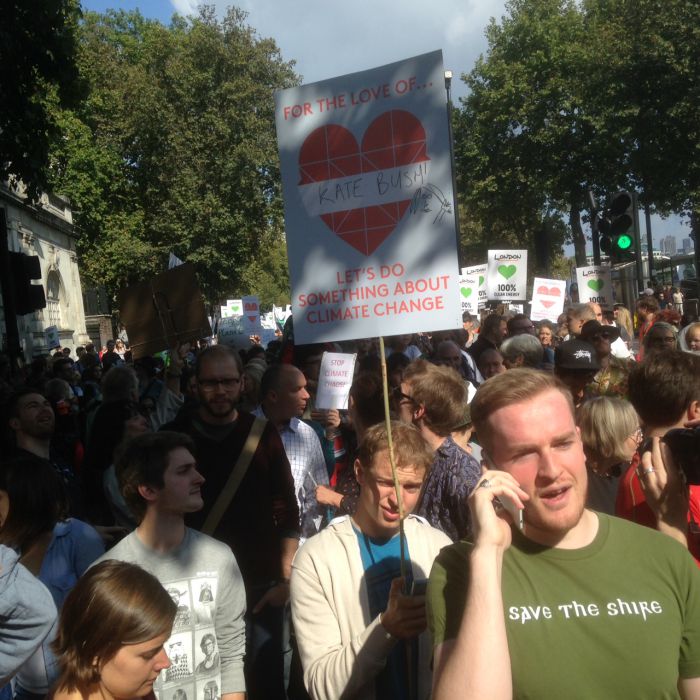 Struck me how ludicrous it is that we should have to turn out in such numbers to call for the protection of the things that we love.  Given that, one would hope, a march calling for the eradication of life on earth, and the deliberate unsettling of the biosphere would hopefully draw substantially less people, it all seemed rather silly.  I was also struck that, to the best of my knowledge, there were no representatives of any of the main political parties present.  Where were they? 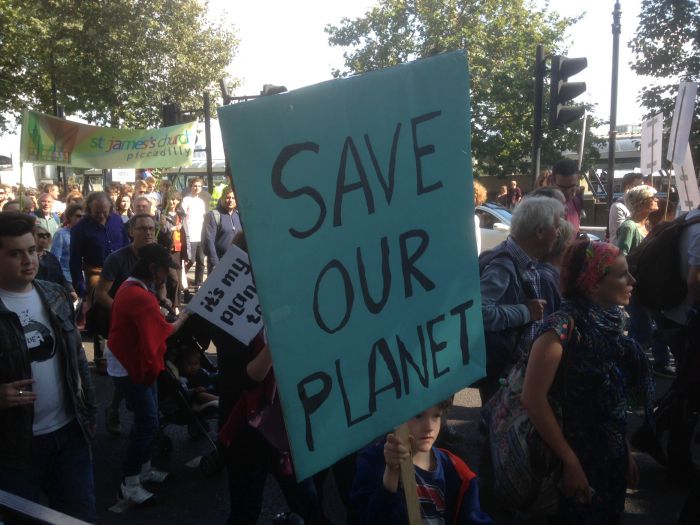 But this was also a celebratory march. This was the resurgence of the climate movement.  Back with a passion.  In New York over 300,000 turned out.  As I made my way through London, I could feel, deep below me, tectonic plates miles below the tarmac of London starting to shift.  Earlier that day, Desmond Tutu had written a piece in which he wrote “we fought apartheid.  Now climate change is our global enemy”.   The following day the Mayor of New York City announced the city would be cutting its emissions by 80% by 2050.  The Rockerfeller Fund announced it would be divesting $50bn from fossil fuels.  The plates are shifting.

This shift towards momentum on climate change and away from silly obstructive climate scepticism is clearly uncomfortable for some.  “Dr Roy Spencer” on his dire climate-change-is-all-a-hoax website (yawn) got terribly exercised about the Peoples’ Climate March:

He clearly fails to get the idea that moving from a fossil fuel-based economy to a low carbon one doesn’t happen magically (hence ‘Transition’).  The fact that withdrawing 100% from the fossil fuel economy today would mean cold and hunger doesn’t negate the need to plan for and design that transition over a more realistic time frame. 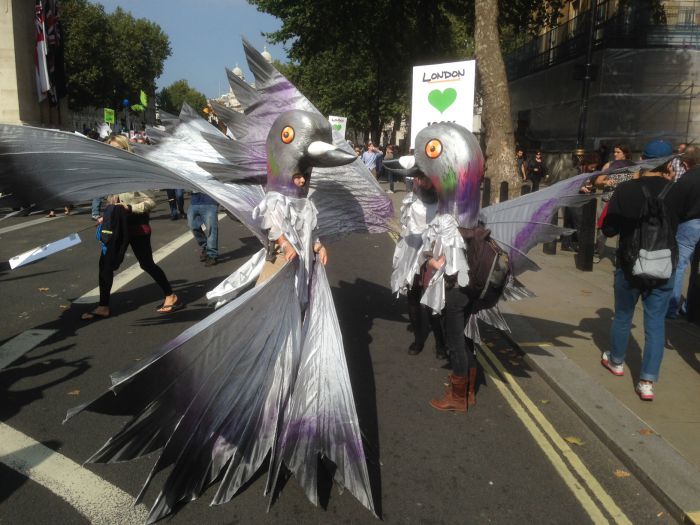 The idea that because your “clothing relied on fossil fuels” you’re some kind of hypocrite is too silly for words.  No-one would argue that abundant fossil fuels haven’t created a world with health care and a good standard of living.  But sadly they come with a high price to pay, what Nicholas Stern called “the greatest market failure the world has seen”,  and we have to progress beyond them.

The Peoples’ Climate March made it clear that while some may choose to retreat from the inevitability of change, many more are embracing that change with passion, creativity and an unstoppable force.  As I marched along with 40,000 others, I felt we were marching towards something rather than away from it.  We made history on Sunday, in towns and cities around the world.

Yes, the window of opportunity to prevent runaway climate change is small, and shrinking all the time, but it’s still open, and while it is, we march, mulch, draughtproof, install, educate, inspire, invest, divest, discuss, lobby and innovate.  It’s what we do. 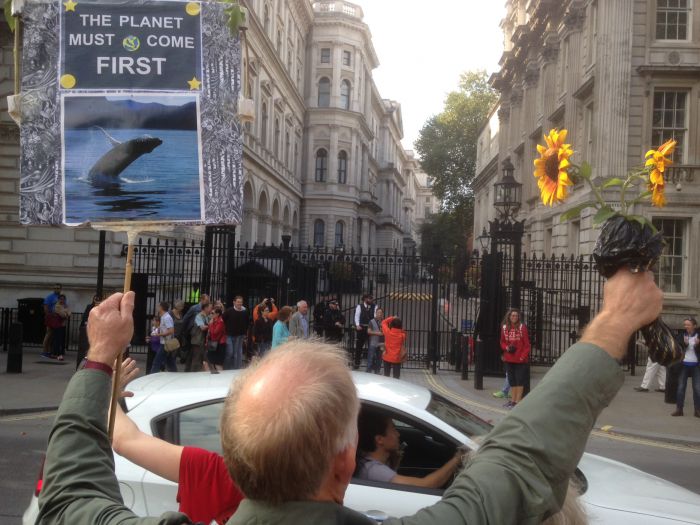