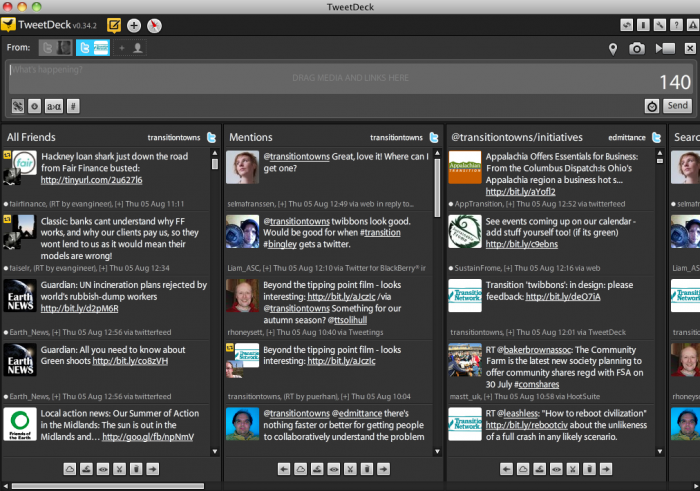 Until now, it has been driven by Ed the web co-ordinator on his own with a range of inputs. That’s fine, but our goal is to share as much of the ‘web stuff’ as possible between a widening group of transitioners so we all get to have a go, share our voices, and generally share the load.

It’s not really ‘normal’ practice as a ‘normal’ organisation would be afraid of losing control of the message and communications ‘tidyness’, but we’re not a normal organisation, so let’s go.

Richard and Chris will be doing what they can to inspire, encourage, connect and support transition tweeters during this time and they have our full support.

They cannot answer enquiries about what ‘Transition Network’ thinks about things, so they will respond to organisational enquiries by pointing people to the contact form on the website which is handled by staff.

If you are interested in the details of our arrangement and agreements, you can read them here:

A big thank you to both of the lads for giving this a go!