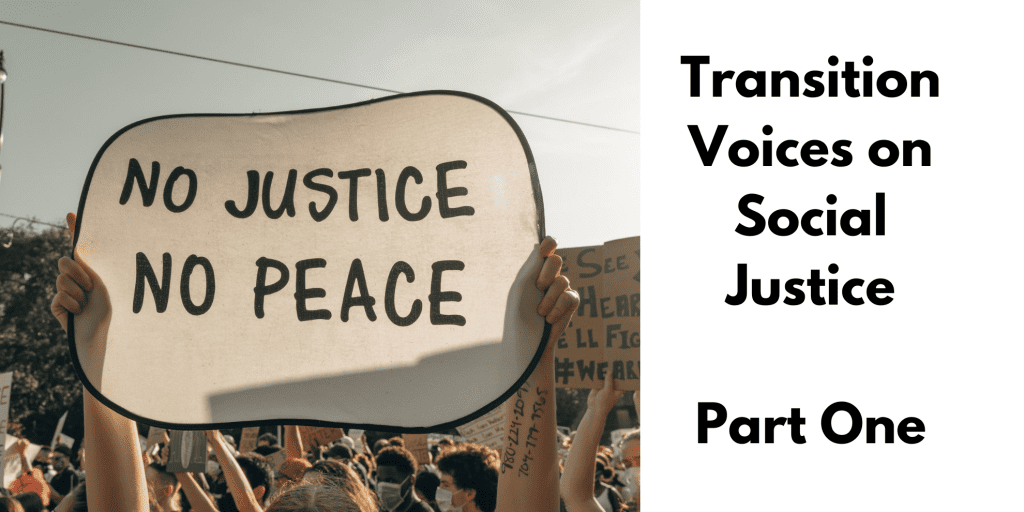 We’re very grateful to Abigail and Landets Fria Tidning that we can share with you the full length interviews here, over three parts. First up is her interview with Sarah McAdam of Transition Network.

Transition Network is currently supporting the Transition movement to do a collective evaluation of where it is as a movement, it’s impacts so far, its relevance today and its potential for the future. One of the areas being explored is social justice, inclusion and diversity and this is also a focus of the What Next Summit that was held in the UK during March.

“Some groups give passionate and interesting examples of practical work they’re doing on social justice, addressing the challenges and needs of their community in ways that include everyone. They say “this is central to Transition, if we don’t address these issues there’s no value to what we do”. For some there’s been a lot of silence around the issue, with people saying that it’s not something they look at or address. They say “this is not what Transition is focussed on, our issue is the environment, anything else is an unhelpful diversion”. 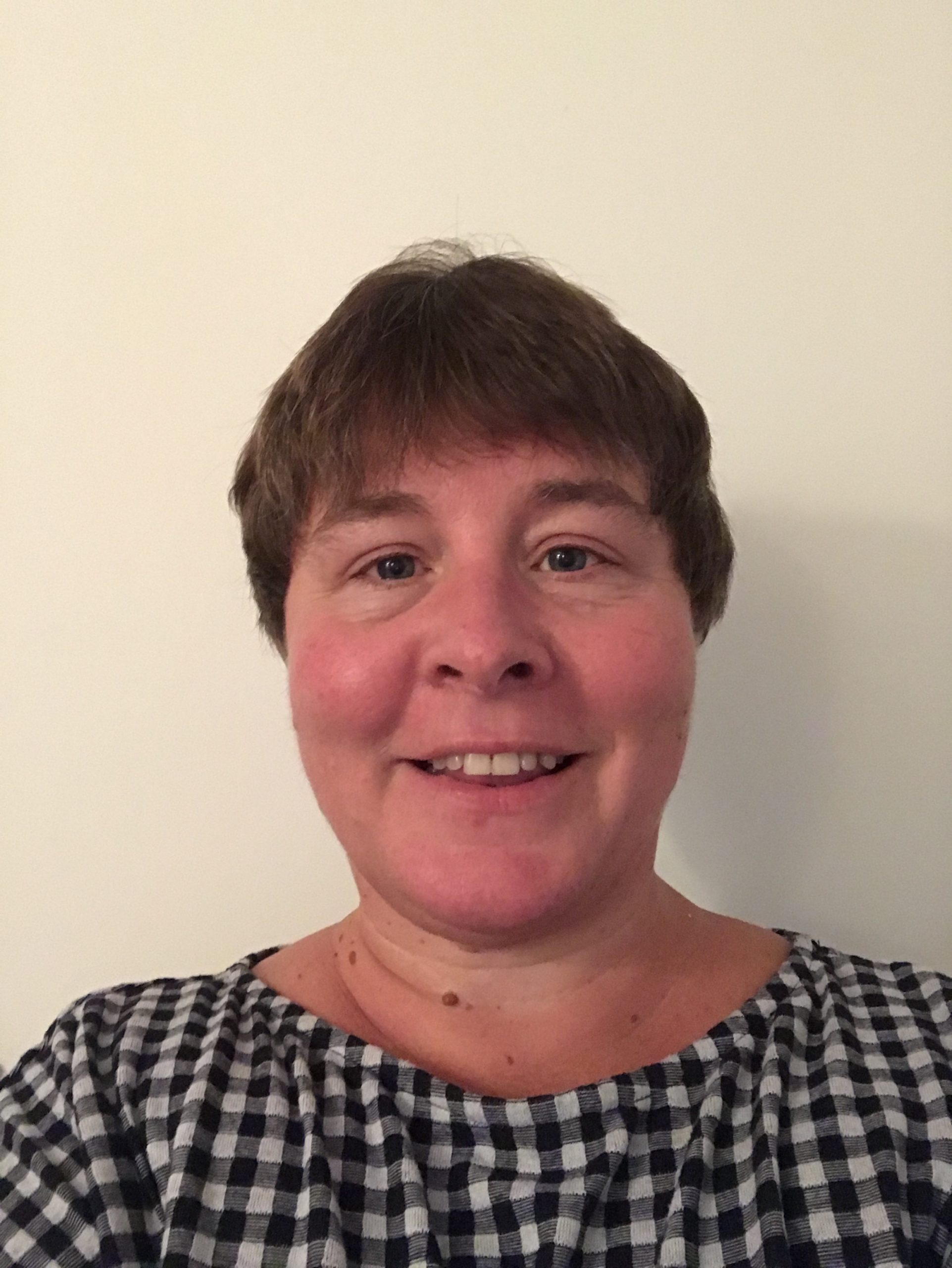 Sarah McAdam emphasises that the Transition Network’s role isn’t to give the right answer but to support people to have this conversation.
“One of the challenges can be that people perceive social justice as a whole new agenda on top of so much work they’re already doing. They see it as difficult, unfamiliar and potentially scary. They don’t feel secure about how to express themselves. It’s charged for everybody involved. A number of groups unconsciously or consciously avoid it because it’s very difficult territory.”

Another reason to avoid the topic may be denial, says Sarah McAdam.
“It’s interesting to compare the experience of white supremacy denial with climate denial. Some of the same things happen when we struggle to look at racism, power, privilege, how we benefit and what we might need to lose. Some of the same defences activate.”

Sarah McAdam emphasises that although she is part of the Transition Network team, she can only speak for herself.
“It’s important to us not to speak for the movement, which is a diverse beast. Even in the team, we’re all individuals with different perspectives.”

Why do you think it’s important for the Transition movement to work on social justice and inclusion?

“I think what’s fundamental to the Transition approach is that we bring people together to find new solutions to entrenched problems. Essential to that is to have the perspectives of all the people who are affected. If you do this work in a narrow way, where some voices aren’t heard, or perhaps even more importantly some impacts aren’t understood, you’ll create solutions that only work for people who are already living relatively privileged lives. For me, there’s no point in that, then we’re just continuing what we want to change. It’s easy to say that there’s no Transition without a just Transition. But to make that real, the voices of all the people who are impacted need to be included. A lot of the negative effects of the current ways of living, especially in countries like the UK and Sweden, are being exported to other countries or to marginalised people in our countries. For me, this is a fundamental part of the work”, says Sarah McAdam.

Transition Network is engaging with these issues in various ways. One aspect is amplifying stories from the movement to give greater visibility to the work that’s being done, attract resources and identify points where shifts in policy might support a Transition approach. In recent years they’ve been thinking more and more about which resources and stories they share. On social media they now actively follow for example black, indigenous and people of colour environmentalists, black-led organisations and groups highlighting climate justice, and share their stories.

“One reason is to help people outside Transition see that our movement is relevant for them, “you’re speaking about and to me, I might be interested”. It also helps us identify potential collaborations with organisations that centre social justice in their work. We’re open to looking beyond our “natural” allies and people who identify themselves as environmentalists, and are thinking more broadly about people whose values align with ours even if their focus is different. We’re looking for diversity in the stories we tell and the connections we make. Otherwise there’s a risk of creating an echo chamber, where a narrow group of people see themselves being reflected while others are excluded”, says Sarah McAdam.

“Allying. I sometimes hear Transition groups say, “we want more diversity in our group”. It’s coming from a very positive place, but there’s a trap in that way of thinking. We’ve defined the conversation based on our experiences and we’re going to invite others with other experiences to work on our stuff with us. Why would they do that? I wouldn’t. If you’re closed to the experiences of black or working-class people you’re not going to include their issues and their solutions in your thinking, and your solutions will be the poorer for it”, says Sarah McAdam.

“Allying is moving away from the idea of inviting people in and looking for where there’s energy for change aligned to what we’re doing and to our values. Finding often small, practical ways to support and build relationships in a spirit of generosity without seeing where they will go. Can we share information about what you’re doing or share resources with you? Once you build relationships, you start to see links between the work. A number of Transition groups are doing very interesting work with refugee groups for example. They find clear alignments between Transition and human rights. They end up with shared gardens, food and skills projects which support and bring new energy to both groups.”

Sarah McAdam also suggests deep democracy approaches as a way to explore tensions in a group, for example different opinions about whether and how to bring a social justice focus to the work. The idea is to identify and lean into differences rather than avoid difficult conversations. A facilitator can help the group identify and describe the polarity in a way which makes sense to those most affected. Then participants stand at either end of the polarity and explore what it feels like when social justice is a priority, as well as when social justice is a distraction and we just want to get on with Transition.

“When I do these processes with people, it shifts things in ways that are hard to explain. Often I can feel the truth of both positions within me and better understand the pressures that others are under. We empathise more and understand the needs and fears being expressed. There’s something about making those things visible that can help a group find practical next steps that everyone can live with.”

Can you tell me about the Transition Network’s response to Black Lives Matter?

“We didn’t want to be tokenistic, but we felt it was wrong to ignore the level of engagement. Silence has too often been white people’s response to racism. We also felt it was important to say that it wasn’t just a US issue, but something we see as happening across the whole Global North and impacting the planet.”

“We wanted to say that we see it as relevant to the whole Transition movement and to encourage Transition groups to reflect on how they relate to this. We also wanted to share resources. It’s easy to say “these things are wrong” but we wanted to help people and groups understand more. We see this as something white people need to learn about.”

“Before we published it, all the trustees and members of the team signed up so that it felt real as a statement from our organisation. Now we’re keeping it alive in our team – we don’t have it all solved at all”, says Sarah McAdam.

“On a basic level it becomes less relevant to the world we’re living in, so you end up with a negative loop.”

“On a deeper level, for me the beauty and power of Transition is about understanding the interconnectedness of everything and understanding that what we do is either supporting the health of the system or part of unhealthy ways of being. For me an important part of interconnectedness is understanding how power works. Most Transitioners see the power of big fossil fuel companies and industrial power and position themselves outside that. Once you’re clear about that, you understand what you’re trying to disrupt and make alternatives to. If you avoid looking at power systems that you benefit from, you’re cutting out part of the picture. I think you know that, even if not explicitly. It takes a lot of energy to hold a position of not looking at your benefits and privilege. There’s something very energising about looking at power, and you can create new collaborations with a lot of potential”, says Sarah McAdam.

The Transition Network team stands in solidarity with Black ...