As representatives of the newest Transition group in Slovenia, Dovje-Mojstrana: Zelena prihodnost (Dovje- Mojstrana: A Green Future) it felt very exciting to be setting off by train to Zagreb, the capital of Croatia, and the home of the Croatian Transition Hub, who organised this event. DMZP has only been in existence since the autumn, so this was our first introduction to what else is going on in the region.

As this was the first meeting of the group, which was funded by the Transition Network, Saturday was almost entirely given over to presentations so that we could learn about what each group was doing. From Hungary two Transition groups (Transition Kecskemét and Transition Wekerle) and the National Hub were represented, each already well established and doing great work.

Representatives from several Slovenian groups presented their community gardens, the National Permaculture Association, the Sustainability Park in Istra, and the Centre for Alternative and Autonomous Production in Maribor. From Croatia more Transition groups (Pula and Velika Gorica) and community gardens were presented – in Croatia Transition has developed from the permaculture movement, and this was emphasised when, at lunchtime, we were treated to a walk around the local city area and shown how to find a wealth of edible plants, even in March! 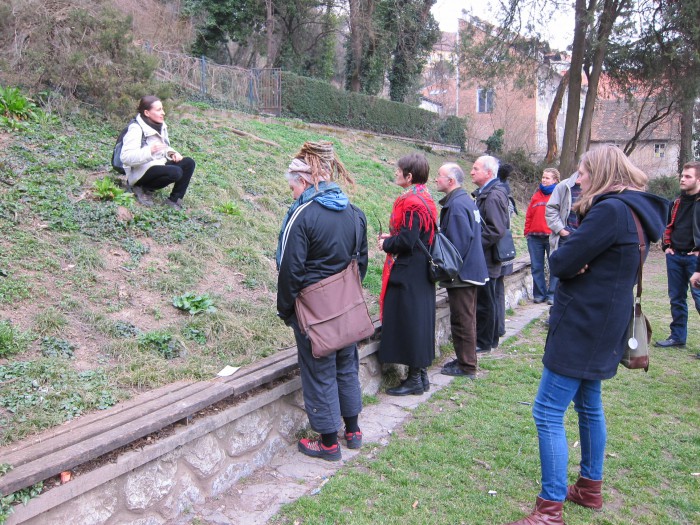 As well as the presentations from groups that were present, several people were able to link up with us via Skype, from Italy, Brussels and Scotland among others. This gave us the opportunity to see ourselves in an even wider context than the three countries that were represented in person. The presentations left us with the happy feeling of how much fantastic work is being done, from a ‘garden city’ area of central Budapest to the beautiful Croatian island of Krk, from large cities like Ljubljana and Zagreb to villages such as our own Dovje-Mojstrana.

We spent Sunday discussing and cataloguing our assets, both at a personal and a group level, and discovered that between us we have a vast wealth of knowledge and experience that can now be shared for the benefit of everyone. We also discussed the possibility of applying for joint funding  – acknowledging the tension between wanting as much as possible to be done on a money-free basis, and the fact that some projects, including the ability to meet face-to-face on any kind of regular basis, are beyond our means without a source of funds. 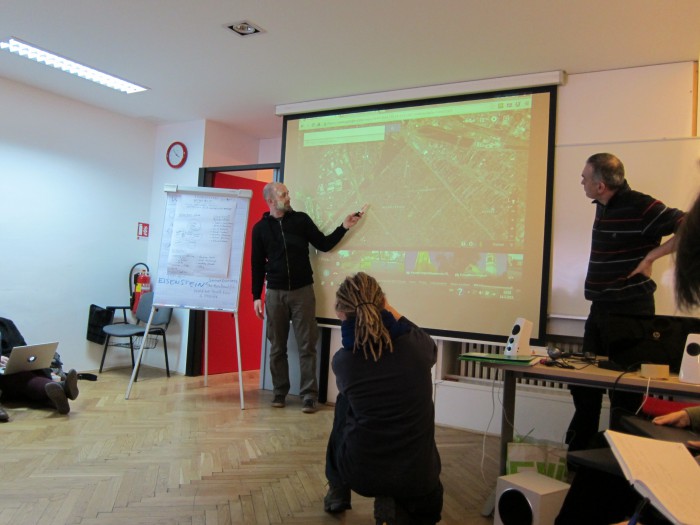 It will be interesting to see how the group evolves – so much good work is being done at a local level, but it is also important to see how we are part of a much greater whole. After this meeting, it is much easier to see how we all fit together.