I meet Emma, owner of the lovely flat I am staying in. She is thrilled to be living here. She loves its small town feel after coming from London. She loves their flat with its sea views.   I am totally in agreement; it certainly does not feel like frenetic London.

I meet Ian Lawson & Martin Grimshaw of Transition Brighton & Hove (TBH) at the Sanctuary for breakfast. I eat the best breakfast I have eaten in a long time; fresh avocado, tomato freshly crushed black pepper, hummous, lashings of fresh rocket and a toasted bagel. Vegan delight!

I hear tales of TBH. The Compost evening went well, 50 people attended. I find it difficult to learn of specific projects TBH are engaged in; there are internal group dynamics playing out at the moment and the energies of the group are inward focussed as they learn to work their way through the diverse communication challenges they are having.

TBH started out with John Bristow calling a stage 0 meeting. This is a step they put in place before the awareness raising stage to see what interest there was in being a transition initiative in Brighton & Hove. 160 people turned out! Numbers have not remained so high, though many of those early adopters have gone on to start or continue already successful projects. It sounds as though the flavour of transition here is very different from what I have so far experienced. 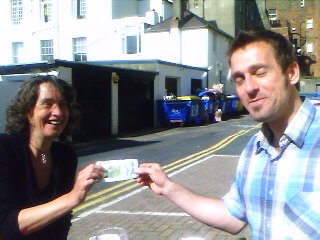 Both Ian and Martin are thrilled with the success of the recent SE transition gathering they hosted. They have a lot of links with nearby initiatives like Lewes. Martin presents me with a Lewes pound to spend when I get to Lewes later that day.

Martin walks with me through Brighton, allowing me to be a real tourist, it is my very first visit, and out the other side from where I will walk on to Lewes and he will return to work. We visit the sea front temporary Wild Planety exhibition and I get a falvour of what it is that attracts so many to sample the cuolture of Brighton. On route he tells me of his new business SEED (sociocratic ecological economic development organisation) based on both sociocracy and the cooperative model. He is very excited about this and plans to run facilitation courses in clear communications. We talk of transition groups spawning projects and then sustainable businesses.  He is very knowledgeable about what he says, full of ideas for networking out, and I find myself wondering how it is for the others in TBH to be faced with such a dynamic and entrepreneuring character as their chairperson. I do not find out about who else is in TBH, nor about what they do.

We pass through Kemp town and the happy couples sitting sunning themselves in the street cafes. We talk carnivals and I remember Brighton is known for its tolerance and it celebration. I ask Martin which transition projects have happened. He remembers Swoparamarama; a clothes swop event they had that combined bringing your old clothes that needed mending.

Once we get close to the outskirts of Brighton I take charge of the route; following a map is probably not Martin’s greatest love, And I am concerned that I know exactly which path I am on; this makes huge difference to the success of later navigation!   Martin came to Brighton after being brought up in London. He finds it smaller, friendlier, and infinitely more manageable; a city that is not too big and not too small. I am struck by the relativity of everything.

Certainly I am aware of how much more manageable Brighton feels compared to London yet for me, having grown up in a small town, this city is such an assault on the senses in so many ways I do not function at my best. I slept late again this morning; a phenomena that seems to affect me only in big conurbations; something like a refuge; a replenishing of connection to the web of life, after the over stimulation of senses that can be so pervading in cities that for me all sense of self is lost.

It is on our journey out of the city that I understand why I was so reminded of Brazilian beach cities, and it is not for their tolerance and sense of celebration, though it is that too. In his attempts to wend our way to the top of the hill we need to make before finding the path out to Lewes we have ended up walking through an area of national deprivation. I think back to a few minutes earlier, when I was wowed by the Pavilion, playground built by a prince in regency times, and the droves of young international tourists sunning themselves in the gardens. This stark contrast is at the root of the social problems in Brazil. To enable the rich to have their playground the majority live in sub standard conditions.  I see in Brighton, that for all our veneer of nicety, of democracy, things are just the same in the UK.

When the Georgians built their fine houses by the sea, claiming their promenade from marsh and bog land, they also obliterated the old fishing village of bright –ton that Martin tells me about. There is no sign of the roots of this settlement; they are completely covered over by this wealthy playground.   Even the famous Lanes, the original above village streets, are full now of a maze of tiny craft shops, a mecca for shoppers. I wonder if there are any of original families of the fishing villages of Hove and Brighton remaining and how they feel. My sense is that we cannot transition healthily without revisiting roots of our settlements, not that we should go back to live in the same way, of course not, but to re grow fresh shoots from our roots, not try and create something artificial from structures that have been imposed on the landscape. 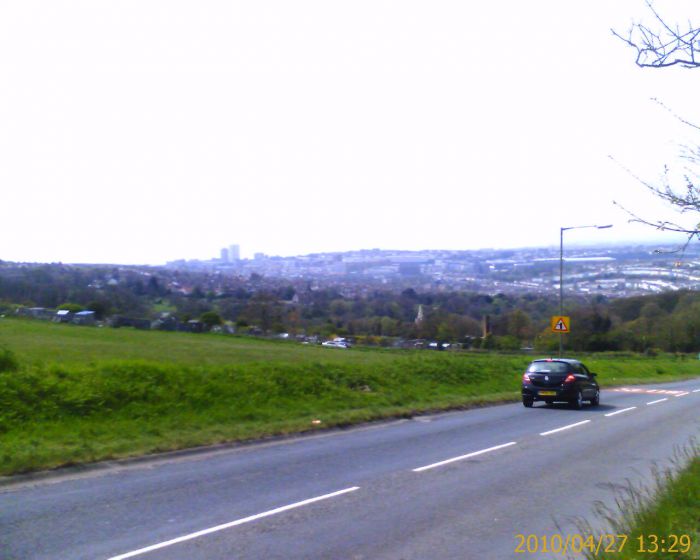 Talking to Adrienne Campbell from Transition Lewes later we agree that it is places that still retain their sense of why they became a settlement that find the transition process to run more smoothly. Almost as if it is built into the dna of the place, a folk memory of what works, and why it does.

Cities that have had something human – constructed  later enforced on the original purpose for the settlement most likely have some digging to do before they are able to free their roots from the concrete!

I muse as I talk with Adrienne that although I had thought of the first stage of this journey through our land as being wool and the wool trade from Devon to Dorset, that the theme of the second stage, Hampshire and Sussex coast, contrary to being modern innovation, as I had thought, may well be traditional fishing.  I recall how Transition Southampton had been aware of this and had joked about giving me a fish to carry onto the next place! I ask Martin about fishing now in Brighton and he says it still carries on but in a very small way.

I leave Brighton then with my first real insights into transition and cities. They are infinitely more complex. Martin talks of the different neighbourhoods, and how one or two of them are trying things out locally, but of the need to interact between all of them too. Certainly, to my mind though, they will not really take off until they have been able to think small, take small steps, not be overwhelmed by thinking of scale, and reclaim the roots and identity of each of the small settlements that first made up the city.  Then, and only then, can the settlements begin to think about how to work together and how they are inextricably linked and how they can collaborate. Collaboration without a strong sense of individual identity in each of the partners is destined for domination by one or a few, and unhealthy growth.

TBH has a heart and soul group, and I wonder if the task they face may well be dealing with the fall out of several hundred years of disempowerment, and the resulting inequalities. It feels very much more akin to what is needed in “developing” countries like Brazil than for example, the constant need for firm boundaries of the inhabitants of the Isle of Purbeck against the rise of national and international policies affecting their local resilience.

It strikes me that transition certainly has a different flavour in each place and identifying how far the community has veered away from the original purpose for the settlement, and  for whose interests, and the reasons for doing so,  is key to smooth transition.