This is a guest blog from Marina O’Connell who runs the Apricot Centre in Essex as a small market garden and education centre. Over the last year Schools in Transition has been developing and trialling a programme for primary schools that is based on the CPRE Food Web Mapping Toolkit. Marina’s local school, Ardleigh Primary, has been one of the test grounds for the new programme and here she writes about her experiences. This autumn, we plan to put the lesson plans and instructions on how to work with primaries to explore where food comes from, and promote local food, up on the Transition Network website. We want to make it easier for communities to work with schools, and for schools to connect with Transition. Now over to Marina:

Ardleigh primary school is small with 100 children in four classes, deep in the Essex countryside. Just on the edge of the beautiful Constable countryside and the Stour Valley. The village itself is still fully functioning with a church, pub, couple of shops and a post office, a Doctor’s surgery and a tractor outlet! It is surrounded by arable fields growing wheat, and rape seed and it is just down the road from the local land settlement of 80 small holdings specialising in early glasshouse strawberry production.  Not really a hot bed of all things transition – but almost because of this a really good place to have a go at doing it. 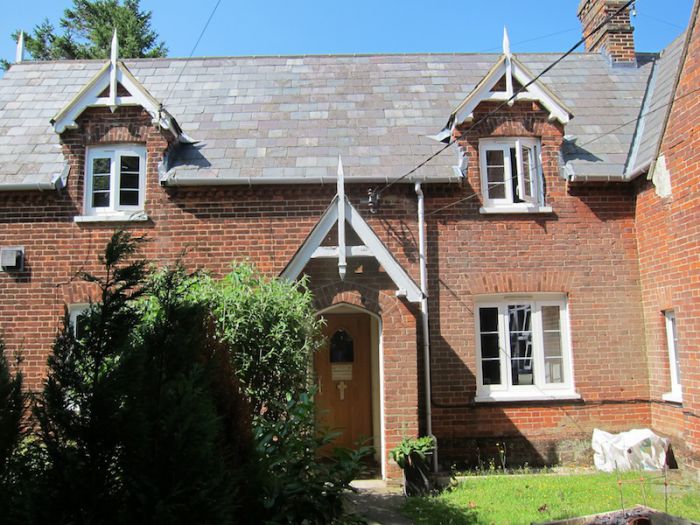 The real driving force behind this pilot is the school staff themselves. The deputy head Mr Tucker has a strong interest in sustainability and having been born and brought up near Totnes he was familiar with the Transition movement. Ms Parker the head is keen that the school be more sustainable in its infrastructure. She has developed the school so that the children have a wide range of outdoor learning, vegetable gardens, forest schools and an incredibly strong  sports provision. These are integrated with topic lead and subject lead teaching. This means the children are being taught by such diverse learning styles as PE maths, and PE grammar. Daily feeding of chickens has become an integral part of the Community award, but requires literacy and art work to illustrate it. Topics such as Bridges span learning about maths, physics, model making, literature (the Bridge of Trebitha), and art work and ITC.  All of the staff are wonderfully friendly and incredible teachers, clearly a strong team, with little staff turnover.

The school also uses a system called “learning power” developed by Guy Claxton. He was a founding member of Schumacher College and a visiting professor at Bristol university who is well versed in the concept of eco literacy. Guy Claxton developed educational tools for children to learn different methods of problem solving – and creative thinking – the Spider thinking is about making connections, the Cat is about curiosity, the Tortoise is about taking time and reflection…. in effect the children are given the tools to be creative and how to think from a very early age. They are also taught group skills.

And of course the meals are cooked from scratch every day with good quality ingredients, by the wonderful Ruth.  I could go on, but the point I am trying to make is that the school has many of the ingredients needed for a transition school already embedded in its ethos. 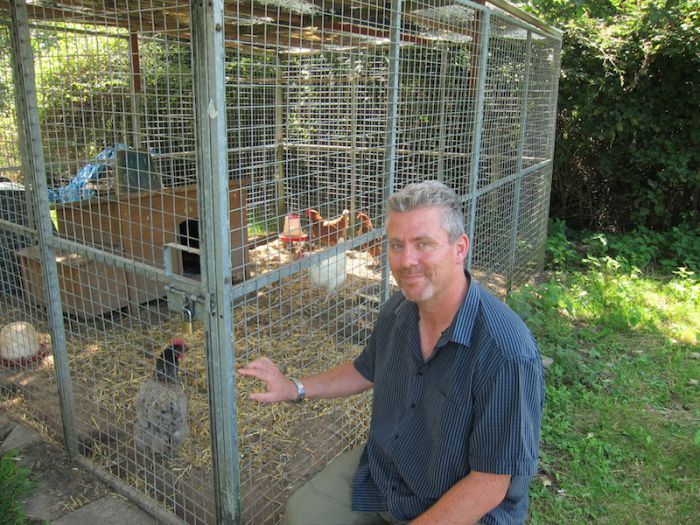 I live locally and my children have gone to Ardleigh school. Plus I have attempted to start and develop the Transition Stour valley group over a number of years. I am also on the Transition Training pool for when trainers are needed in East Anglia and London. I worked with Creative Partnerships for many years before the funding stream was cut, to develop outdoor learning as a way of teaching creativity, and delivering maths, science, literacy and many others subjects via this medium.  I also teach and do Permaculture designs.

Last year we ran the 30 miles for 30 days food challenge across East Anglia, and Ardleigh school joined in, giving out charts and stickers to the children to map their local food intake, and Ruth the school cook cooked a local lunch one day (quite an achievement in a school locked into a procurements system). I went in and pressed apple juice with the year 1 and 2 children. The co-ordinator of the 30: 30 project was Lucy Drake, the sister of Isabel Carlisle – the Education co-ordinator of Transition Network and Lucy suggested that we could pilot Isabel’s “Transition school concept”  here at Ardleigh.

The outline for this project was developed for the Schools in Transition programme that has been piloted over the past two years, first by four secondary schools and now by three primaries. The journey for Schools in Transition, devised by Isabel, together with other educators and in consultation with schools and Transition groups, has been of embedding in place, embedding in community and then taking action outside the walls of the classroom to do some real world problem-solving. Last year Isabel adapted the CPRE (Campaign to Protect Rural England) Food Web Mapping programme for Primary school use and invited three different primaries to try it out. Ardleigh is the first to complete the pilot and is sharing its experience with Marldon Primary in Devon and Ashley School in Walton on Thames. Come the autumn, Transition Network will have a simple programme that any Transition group can take to a primary school to promote local food growing through mapping food webs and making a directory of local food. 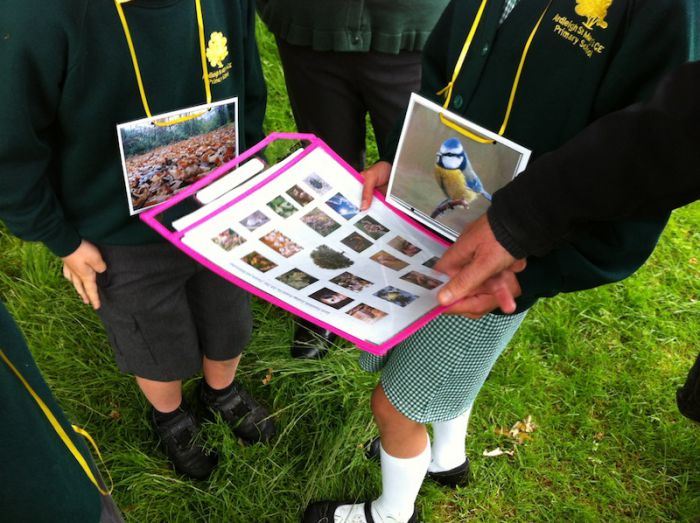 On top of this then the Transition model was requesting that the school take this one step further and take this work out into the community. A tall order for hard pushed schools! But as it fitted into the ethos of the school that is all about strong community, the school kindly agreed to the pilot. This is the plan we came up with ( for 8-10 year olds):

We explored the local food in a session in the hall. I had bought a huge basket of local food and carefully chosen non-local food. (It was March, so I had local rhubarb, bananas and blackberries from Mexico, lamb from round the corner and lamb from New Zealand, a tub of margarine made from rape oil and other staples). I also had a shoe, bike helmet, toy car, toy boat and a paper plane as transport props. And on the floor we made a huge map of the local area, with large labels and props to show where farms and shops were. Around the walls were large cards with place names: New Zealand, Mexico, Peru, Dominica, India. The children ran around the hall emptying the basket, choosing the appropriate prop to transport the food to the place it was from. We then put the food into a shoe pile, a bike pile, a car pile, boat pile and plane pile. This lead to a discussion of why some food came from hot countries like bananas and tea, and why we were buying blackberries from Peru in March. They then made menus from the food in the boot and bike pile. This lead to further sessions on making a local food directory a few weeks later.

Mr Tucker used this topic to develop the concept of eco-literacy with the children. They studied the plants growing in the playing field, made cordial from elderflowers, and used “The Man who Planted Trees” story as a basis for their own illustrated version based in the village. Mr Cole the lollipop man came and told stories of how he used to work in the local cucumber nurseries and with the Land Settlement Association’s site at nearby Foxash. We made a clay oven and the children celebrated with a meal. They also created games for local food and Mr Tucker developed methods of integrating ecology and eco-literacy with local food. In particular, in one session he played the game of the “Web of life” with the children, giving them roles as trees, blackberries, owls, worms and fungi etc. with a length of string to connect them all up.

The pedagogy used in these sessions was diverse, often kinaesthetic and tactile, sometimes reflective, sometimes discursive, sometimes class-based groups or individual work. Sometimes just reading, writing and a bit of maths! The next week he asked them to do the same for an apple tree, allowing them to apply the ecological thinking to a food system.

I have just been to the school open evening and seen the whole room full of wonderful written and illustrated stories, of reports of Mr. Coles and his cucumber glasshouse, elderflower cordial recipes, soil samples, slide shows of the clay oven making. The children were proud, the parents interested, there was a buzz in the room.

In the autumn the children will design their own 30:30  food challenge and take it home to their parents with games and recipes and local suppliers – even if only for one meal.

On reflection it has been quite a journey, to translate what are in reality incredibly complex ideas around local food, and where it comes from and why we should eat it – so that an 8 or 9 year old can understand it and then explain that to another in order to introduce the ideas of eco-literacy in theory and practice. It has been done in a way that has been a huge amount of fun, has delivered good standards of literacy and maths and numerous other skills at the same time. We are hoping to continue this work in the future to develop more ideas and lesson plans in partnering with other schools and CPRE to develop a toolkit that can be used widely.

My conclusions about the project can be summarized in the following observations; that this is a complex multilayered process, from governors through to the pupils and families including the infrastructure of the school, the pastoral care of the children, the community and the pedagogy, and the subjects taught, and the resources that are used to convey the teaching. Most importantly it is about the teachers, and their ability to work in these complex ways with the pressures on modern schools to focus on literacy and maths outcomes. It is a journey that all schools will start in a different place. It will need careful partnership working and support and a little bit of trial and error to develop these techniques further. It will also take time as, most importantly after this year of working with the school, I have realised that this is just the first step in the journey.