Bristol was the first official ‘Transition City’.  Transition Bristol has been instrumental in many pioneering initiatives in the city, such as the Bristol Pound, the UK’s first Peak Oil Report produced by a city council, the Food Resilience Plan to name just three.  Last Saturday the penultimate Transition Roadshow came to Bristol and both looked back to the group’s beginnings as well as forward to what comes next. 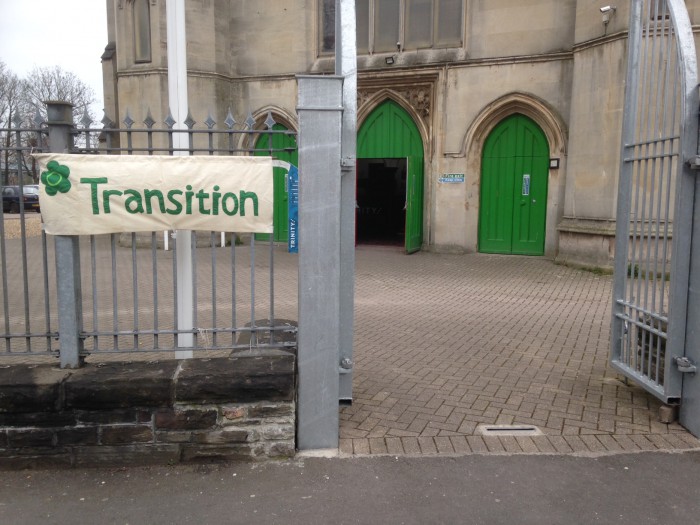 Hosted at the Trinity Centre, ‘Transition at Trinity’ attracted over 100 people from both within Bristol and from further afield too, and was a mixture of workshops, downtime, group activities and talks. 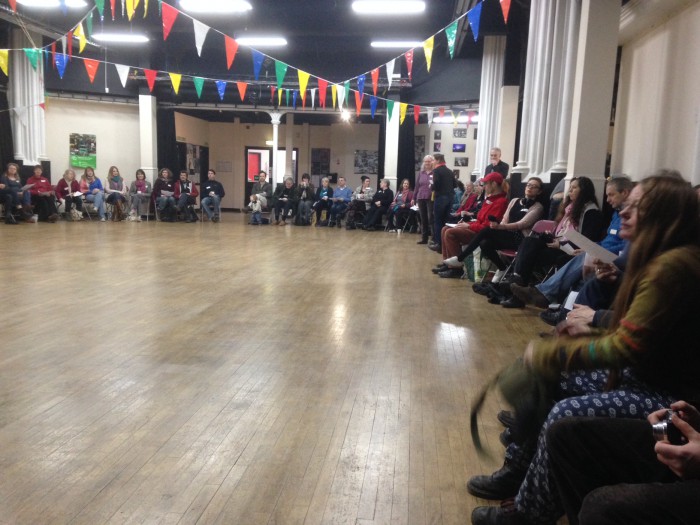 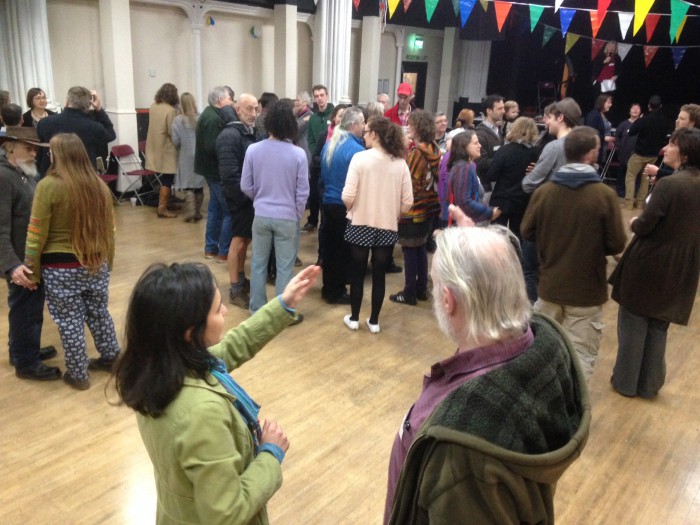 Lunch was provided by Moveable Feast, a social enterprise working with asylum seekers, a delicious Iranian dish.  After lunch there was a choice of three workshops.  The choice was between ‘Becoming the ‘Perfect Activist” with Sophy Banks, ‘Innovative problem solving – using a constellation technique’ with Jenny Mackewn, and ‘Building Collaboration and making the whole greater than the sum of the parts’ with Maddy Longhurst and Sarah Pugh. 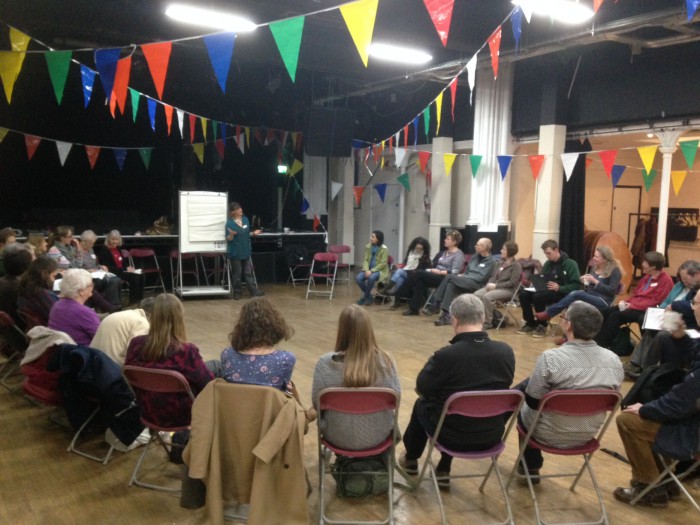 After a cup of tea, and choice of the amazing cakes that many of those attending brought with them, I gave a talk about Transition and how it is building to be a really powerful model for a different future, one that leaves two thirds of fossil fuels underground in order to create something fantastic above ground.  I started by quoting from Charlie and the Chocolate Factory (you had to be there).

The day then wrapped up with a closing session reflecting on something that had surprised us during the day, and something we would be taking away with us.  This was one of the best of the Roadshows that have happened so far, and one that generated a great deal of enthusiasm and revitalisation.  The sign of any good event is that people stand around for ages chatting afterwards, and as I dashed out for the train home, it looked like lots of people were going to be continuing those conversations for some time.

Congratulations and thanks to the Transition Bristol crew who made it happen: Angela Raffle, Ciaran Mundy, Jez le Fevre, Kristin Sponsler, Sim Osborn and Tom Henfrey.  Heroes all.  Thanks to Chris Bettles for all the good photos above (I took all the rubbish ones).  The final Transition Roadshow takes place in Berkhamsted on 19 April.  It looks like it will be a cracker too.