A few years ago we produced the Transition Ingredients card deck, a great tool for groups involved in Transition.  In our move to this new website, they kind of got lost, so today we are re-introducing them, and also unveiling, with great fanfare, the new Chinese version of them!  We are deeply grateful to Ying Liang who produced the Chinese translation, which joins the Italian version created a couple of years ago. 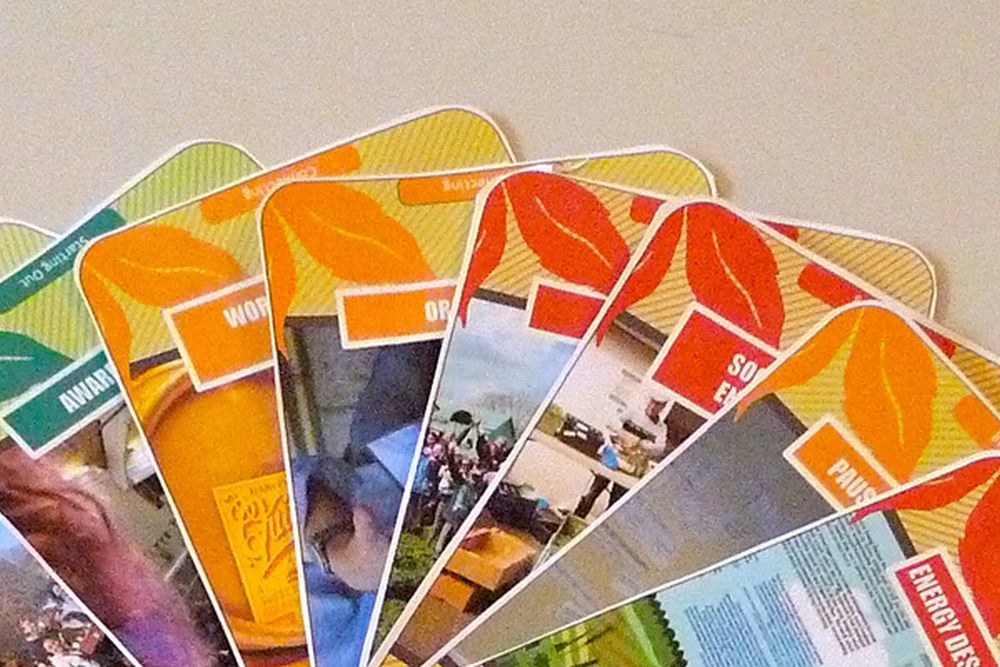 You can download them for free, and then ideally print them on cards in full colour.  Here are the links:

There are no doubt many ways in which these cards can be used.  They are based on the ‘Transition Ingredients’ as presented in the book ‘The Transition Companion’.  Like the book, they are arranged in 5 colours, each one representing a stage in the Transition process.  So, in sequence, they are ‘Starting out’, ‘Deepening’, ‘Connecting’, ‘Building’ and ‘Daring to Dream’.

This is a great exercise for a group of between 10 and 50 people.  Hand out the cards so everyone has one card.   Start with the ‘Starting out’ ones, as you want people to get a sense of how best to start the process.  Explain that everyone needs to be able to explain their card to other people in their own words.  If they don’t quite understand it, explain that they can discuss it with you. 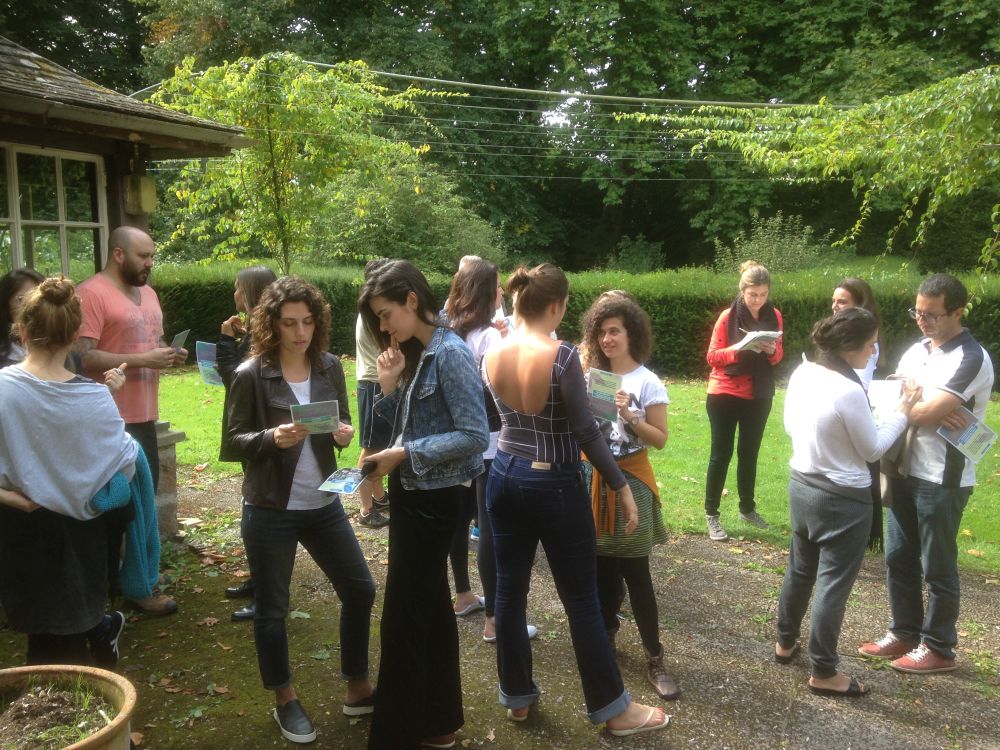 Then gather people into a tight space, as though they were at a crowded party (see photo above of Brazilian students at Schumacher College doing this exercise).  Explain that the idea is for them to explain their card to as many of the other party-goers as possible.  So they form a pair with someone, introduce themselves, then show the other person the name and the photo of their ingredient and, in their own words, explain it and its core idea.  Encourage them to keep conversations brief, as the aim is to have as many discussions with as many people as possible.

This is a great, energetic exercise, very useful for getting a group to meet each other, and to immerse themselves in the Transition Ingredients in a far more memorable way than just having them flashed up as PowerPoint slides.

This is an exercise for a group that has already been working together for a period of time, ideally a Transition group, but this exercise can also be very illuminating for any kind of community action group.  In this exercise, the group is invited to tell its story, in a chronological sequence, creating a timeline of cards.  For example, “First we did ‘Coming together as groups’, and we did some ‘Understanding Scale’ and ‘Visioning’”.  Lay the cards out on the ground so the story builds.  Invite discussion and reflection about each ingredient as it is laid down.  You will find that once the timeline is complete, there will be some cards that have not been used.  This is very useful for initiating a discussion about what might have been done better, which areas of the group’s activities could be boosted, and strengths and weaknesses. 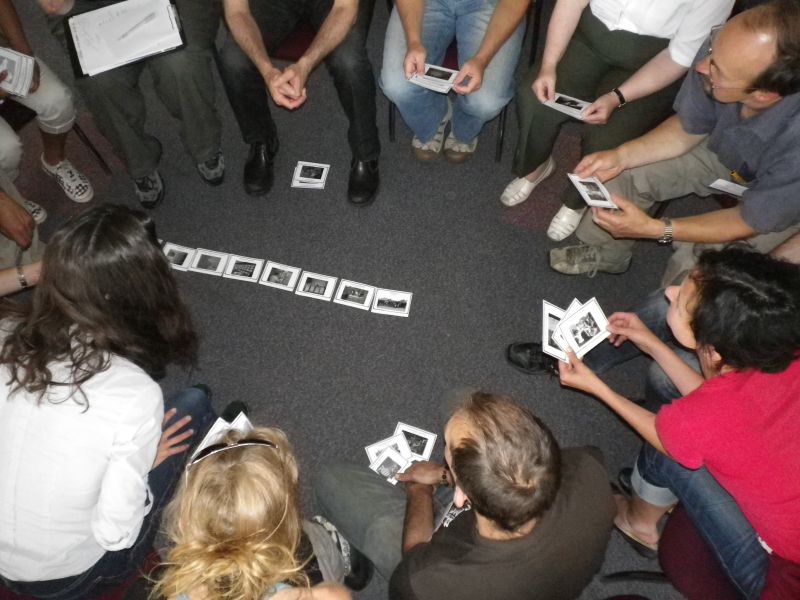 This is an exercise that could be revisited regularly, perhaps at the group’s AGM.  In a similar way, a newly formed group might use the cards to tell what it hopes will be its story moving forward, trying to build a timeline which feels possible and achievable, yet which at the same time includes the use of as many of the cards as possible (see photo above, an early version of this exercise from the 2009 Transition Network conference).