Twitter is a noisy busy place that some love and others loathe. We think it’s very handy for Transition Towns, and maintain a twitter account, shared between Ed the web co-ordinator, Richard from New Forest Food, and James From Transition Towns New Zealand. We send out ‘tweets’ on this account which cover Transition-related material, and aim to help initiatives share their information with eachother.

As well as our tweets, we maintain a couple of ‘lists’ on twitter, which collect all the ‘tweets’ of those on the lists. The lists are: 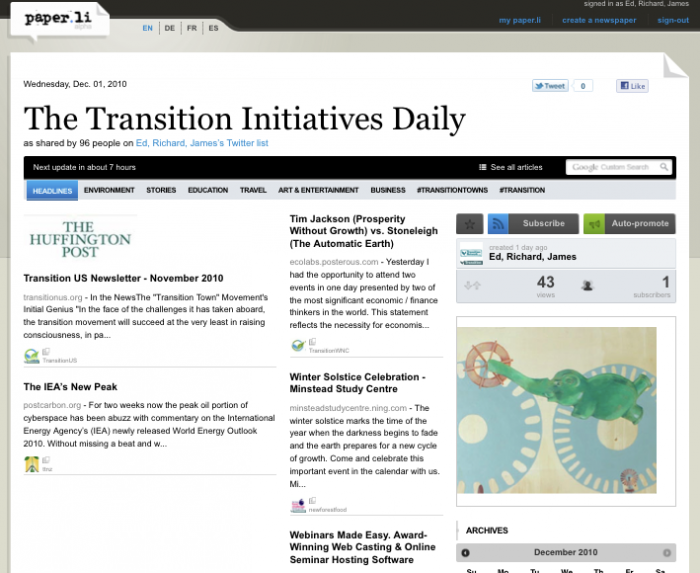 We have recently found a ‘web thing’ which produces a ‘daily digest’ which collects all the tweets from those lists and presents them as a newspaper, so we’ve set one up for each list and are giving it a go. These will update daily and send a ‘tweet’ announcing this every day. Here are the URLs: