Hi, we are Joe, Poppy, Yali and Michael, and we are part of a group of young people who are currently making a film called spOILt, about the Canadian Tar Sands, which has been funded by the Co-operative. 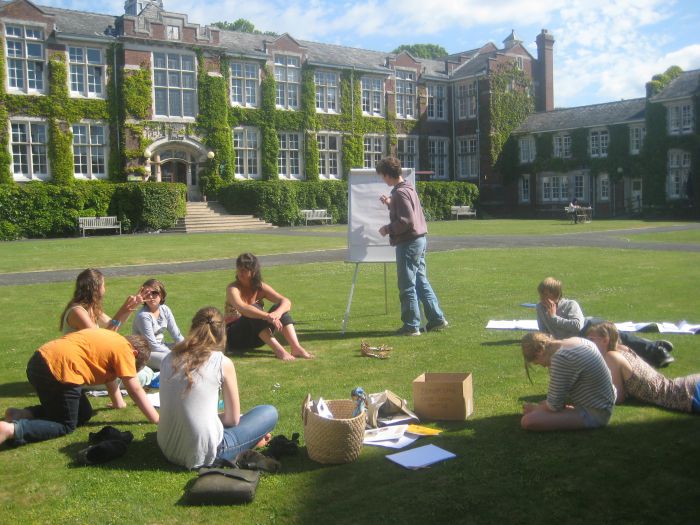 Four of us came down to the conference on Friday night, and it has been an inspiring, jam packed weekend at Seale Hayne. We have met many interesting people of many nationalities, from the USA and Australia to France and Sweden.

On Saturday, we joined in with some of the meetings that were going on, and participated in a group discussion about inspiring young people; this partly helped us with our own workshop on Sunday morning!

On Saturday night, we watched the football match between England and the USA, and also joined in with the open mic event. We read out/rapped the Beaver Lake Cree Declaration, and raised £150 for the Beaver Lake Cree’s legal action against the tar sands development and expansion. 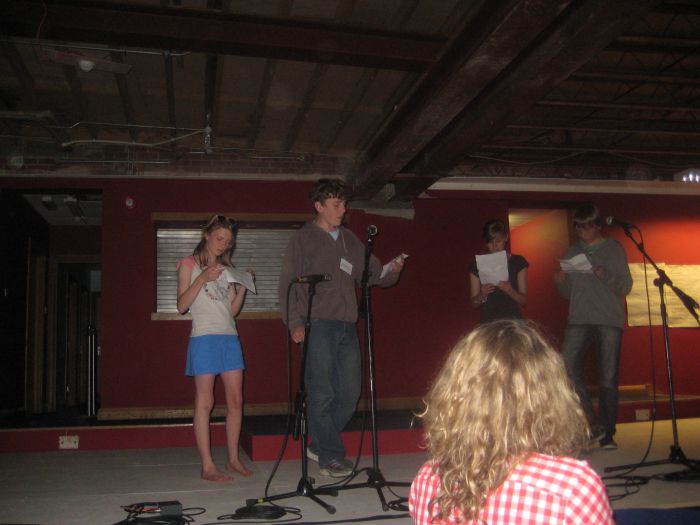 The Beaver Lake Cree are a community of about nine hundred indigenous people who are taking on the oil companies to try and halt the tar sands developments that are surrounding their reserve, polluting their waters and killing their wildlife.

For more information check out our blog and our facebook page for the Co-operative’s online Toxic Fuels campaign. You can also google ‘spoilt co-operative’ and you should get straight to our blog.

On Sunday, we presented a workshop on our film on the Canadian tar sands. The turnout was disappointing at first, but as the workshop went along, we found that the right people had turned up. We discussed ways of inspiring young people to get involved with the Transition movement. The people that participated seemed to enjoy our presentation and seemed engaged. 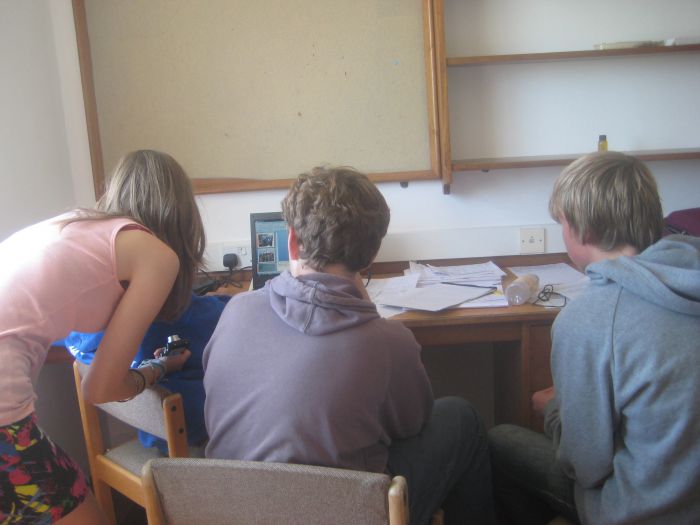 The result of our workshop was the laying of the first brick of a new group of Transition: the International Youth Transition. We hope that this new aspect of Transition will give the opportunity for youths to get involved as independently as possible, rather than relying on adults to get them started.

The premiere of our film will be held on the 3rd of July as part of International Co-operators’ Day at the Centre of Alternative Technology which is very near to our school in Machynlleth, mid-Wales.

In the autumn we plan to tour spOILt to other Transition Initiatives and other young would-be campaigners who would like to find out more and get involved in Transition and campaigning themselves. We will also be doing presentations at these places, together with the film.

We had good fun in Devon and made lots of new friends. As well as making good connections, we left more people aware of the tar sands and showed that young people are responsible and capable of working towards their own future too. We hope that we have made a good impression on all of those involved with transition and that the International Youth Transition will be a success.