It has been announced that delegates from across the world will be travelling to Devon, the birthplace of the Transition movement, in September 2015.  The inaugural Transition Network International Conference will be held from 18th-20th September with 350 Transition representatives from across the globe expected to be in attendance at the event. The Conference is being held at Seale-Hayne – the ex-agricultural college now operated by the Dame Hannah Rogers Trust – just outside Newton Abbot.

From its origins in Totnes, this ground-breaking Transition movement has spread virally to more than 1,200 communities in at least 43 countries.  From Brazil to Japan, from Canada to Croatia, people have been inspired to get together with their neighbours and make the place where they live, happier, healthier and more resilient.  Now Transition Network, the UK charity which works to inspire, connect, train and support these groups is organising an innovative, international conference in the county where the movement originated. 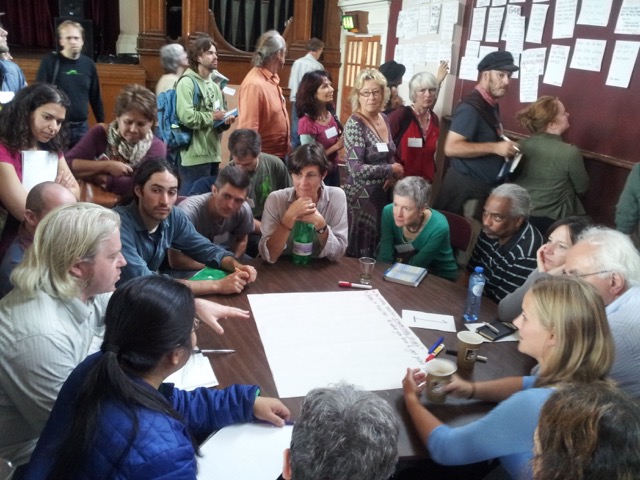 Hundreds of Transitioners are expected to attend in person and many more will be able to participate online through a live webcast event. They will share ideas and information, learn new skills and showcase the huge range of projects and activities through which people are reducing energy consumption and waste, taking care of each other and the environment, growing food more sustainably, supporting local enterprises and much, much more.

Rob Hopkins, one of the co-founders of the Transition movement, says:

“This is a wonderful opportunity to celebrate Transition in all its forms in the place where it was born. Transition Network has had its base in Devon for over seven years and we’re incredibly excited to be welcoming hundreds of guests from across the UK and beyond to a region which is home to a wealth of great Transition groups and projects plus many related social enterprises ranging from permaculture to conservation; renewable energy co-operatives to community housing initiatives.  This is our chance to mark how far the Transition movement has travelled and discuss where we go next!”

The main Transition conference will take place on 19 and 20 September with fringe events happening in the two days leading into the weekend.  The event has been timed to follow the International Permaculture Convergence taking place in Essex earlier in September and it is expected that up to 150 delegates from that event will descend on Devon as part of a tour organised by Transition Town Totnes.  Hundreds of further arrivals are then expected over the weekend as the Transition conference swings into action.

The majority of the visitors will be housed at Seale Hayne, but some will be based in the surrounding area, including being hosted in the homes of local Transition activists.