We’ve had a couple of hiccups on this journey with two prior venues not working out for various reasons, so we hope you haven’t got too tired waiting for us to sort it all out. Anyhow, we’re now delighted to confirm that the 2010 Transition Network UK conference will be held at Seale Hayne, (an old agricultural college in Devon), just outside Newton Abbott, over the weekend of 12 to 13-June.

People will be arriving on Friday 11-June for a 10am start on Saturday 12-June. We’ll close just before lunchtime on Monday 14-June.

We’ll be sending more information out about costs and agenda shortly.

Key info about the venue

I’ll rattle on about the impressive historic and architectural significance of the place in a second. What’s most important, though, is this: a) it’s got enough accommodation for just about everyone to be on-site for the whole conference, b) the price is good, c) it’s only a short distance (3 miles) from a mainline rail station and d) it’s quite close to Totnes.

All these factors should enable us to keep a low carbon footprint for the event, to create the cohesive ambience that was missing from the (otherwise wonderful) London venue, to keep it as affordable as possible and finally, to enable people to pay a visit to the first Transition Town – Totnes.

We’re in the process of dreaming up the agenda. In the meantime, here’s the overall framework. We’re aiming to start the conference first thing on Saturday 12-June, so we’re expecting most people to arrive on Friday night – for which the student bar (that’ll bring some memories back) will be open. It’ll all finish at lunchtime on Monday, and at some point during the proceedings, we’ll be including a big skillshare session. Lots more details to follow…

Here are a couple of maps to orientate you: 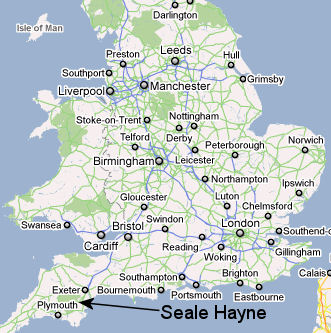 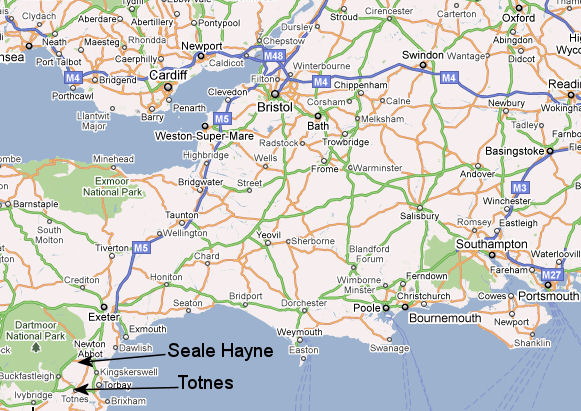 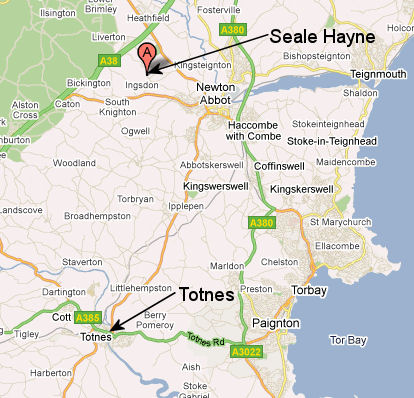 By bike: catch the train to Newton Abbot and then check out the googlemap for the least trafficky route.

By train: trains arrive direct to Newton Abbot from as far afield as Glasgow, Edinburgh, Birmingham and London. As an example of times, London (Paddington) is well under 3 hours away, and trains go hourly. From Birmingham, it takes less than 3 hours and trains leave every half hour.

By car: detailed directions to be added later. It’s basically go to the end of the M5 onto the A38, hang a left after 10 miles signposted “Newton Abbot” and then… (details to follow)