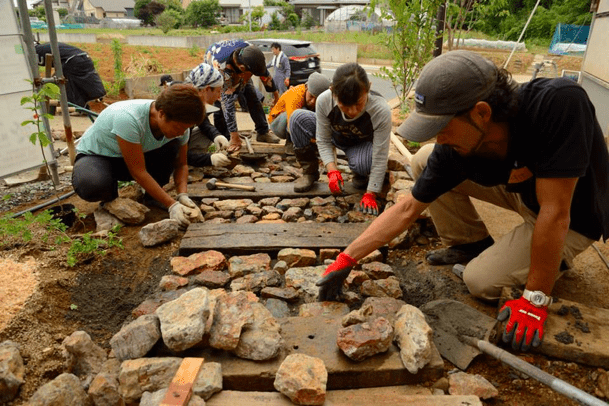 In the latest blog from Japan, Shunro talks with Jun Omura, from Transition Town Hamamatsu, about his Transition journey. Jun was born in Hamamatsu in 1981 and raised there. He is a Permaculture designer & yoga instructor in the community.

Hamamatsu is a town with many workers for heavy industries including Honda, Yamaha, and Suzuki. At the same time this town has rich natural resources, with a large river, lake, and the ocean. I guess many other people who have transitioned to this lifestyle felt the same, but we had a really hard time making the first step to let local people know about Transition activities and get them involved.

“How can we talk about our activity to people who don’t have much interest in a sustainable society?” That has been our key point through our activities. But it was actually tough to get people who live with a conventional sense of value to consider embracing new values. Also, we struggled to transition from the conventional social structure model of “people who spread activity & people who receive it.” But unfortunately, because of the 3/11, Great East Japan Earthquake, which brought chaos to all of Japan, our initial community died naturally.

The impact of 3/11 shook many people’s minds. But it also became a great opportunity to think about how we could overcome this tragedy, and to pay attention to the region which could recover from such a disaster. To reconnect people who were deeply interested in practical work toward a sustainable society, we created chances for such people to get to know each other and to have a place to discuss the best actions, as well as making a documentary film or holding various events. From the 3/11 shock, we were able to connect people who were looking to the future and within 2 years, the number of community members reached about 250.

◇Balance of activity and connection

As it spread, various activities were created simultaneously, such as making a self-sufficient vegetable field, energy self-sufficiency, and a local currency system. Through such practical activities, Transition Town Hamamatsu’s activity began getting attention from various local activists, and it was a big turning point for us.

We had been approaching activities voluntarily, without a conventional organization. But to let more local people learn about our activities, we began building an organization.

We built our organization with reference to Totnes’s organizing. Although we made a consensus to respect members’ free wills when we made the organization, new roles were assigned to core members, and it bound them unwittingly. Also, other members began interacting with core members just in relation to their duties. In this way, the quality of interconnection in the community was adversely affected and some members became mentally stressed and unable to see the meaning in further organizing. After two years of work, our organization was virtually given up.

However, even after the organization disappeared, members who had worked on Transition activities with hope were already connected to one another. So while each activity is surviving, our community maintains its form. 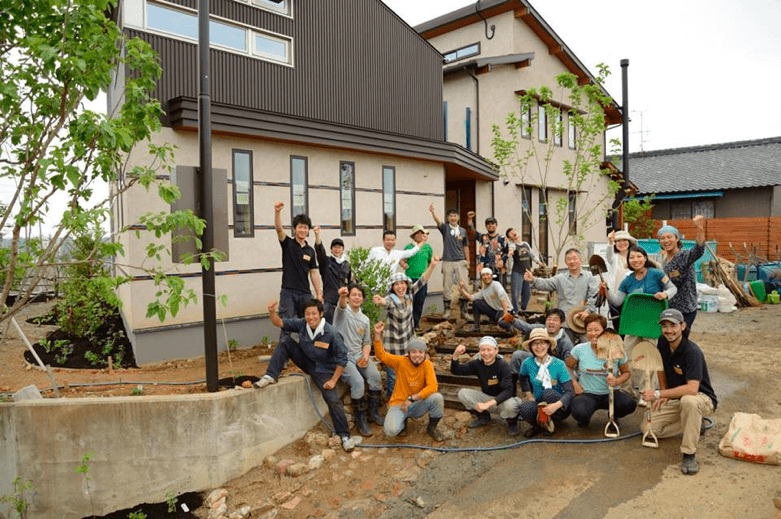 Our members established a community café and share house accepting non-members. Before it opened, some members were opening their own houses to the public and made event spaces to create community. But now, this café allows people to come and go and have a place to connect with others every day. And this makes a great contribution toward creating shared communities for small practices and natural learning.

The members who had been practicing Permaculture since the early period of activities got together and established a forest garden in 2015. Concretely speaking, this project provides a forest garden to the local community people’s residences.  A part of the garden construction is open to the public as a workshop to build community and improve permaculture skills. By this method, its activity is steadily growing. 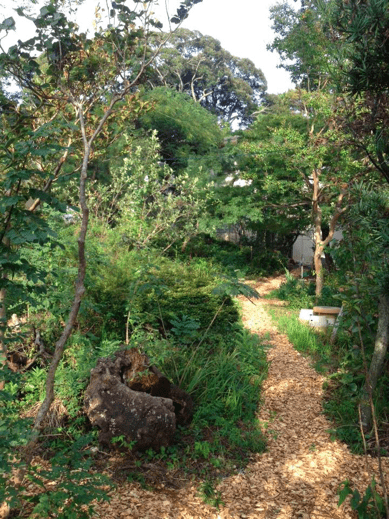 In 2017, a teacher at a local public junior high school near Hamamatsu, who had been deeply interested in our activities, contacted us. This brought great changes to the local community.

The teacher had been working on activities for a sustainable society, involving the school and its local community. When this teacher was struggling to plan an integrated study and ESD contents for the educational curriculum, he realized that both could be combined in the idea of Transition and Permaculture in Hamamatsu. So a Permaculture Design Lab is now in charge of a one-year integrated study class, by adding Permaculture study to the existing classes. Students learn about natural farming, solar panels, and Feldenkrais in the current industrial art study, PE, and home economics classes, taught by instructors who are local people or who are involved with Transition activities. The Permaculture Design Lab supports students as they learn about Permaculture as a worldview that brings together the various elements they encounter in their integrated study class. 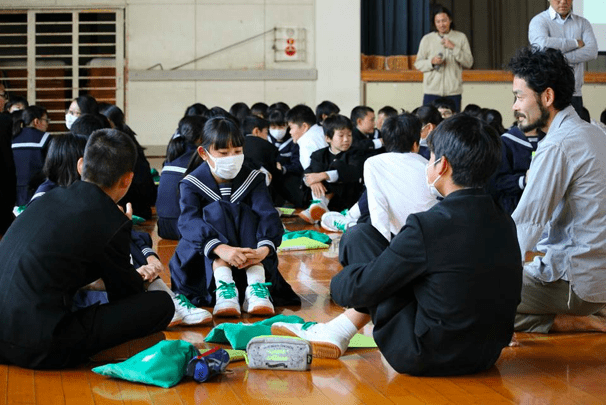 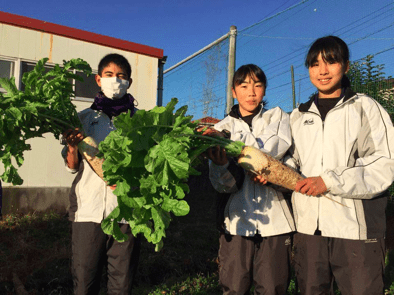 In this new trial, we encountered many difficulties, but our program is still officially approved as an integrated study class in its second year. 7th graders learn the concepts of Permaculture. 8th graders learn Permaculture design for the school or local community. 9th graders practice the design. In such ways, the school, local activists and Permaculture Design Lab are working together to promote Transition activities locally in the field of education.