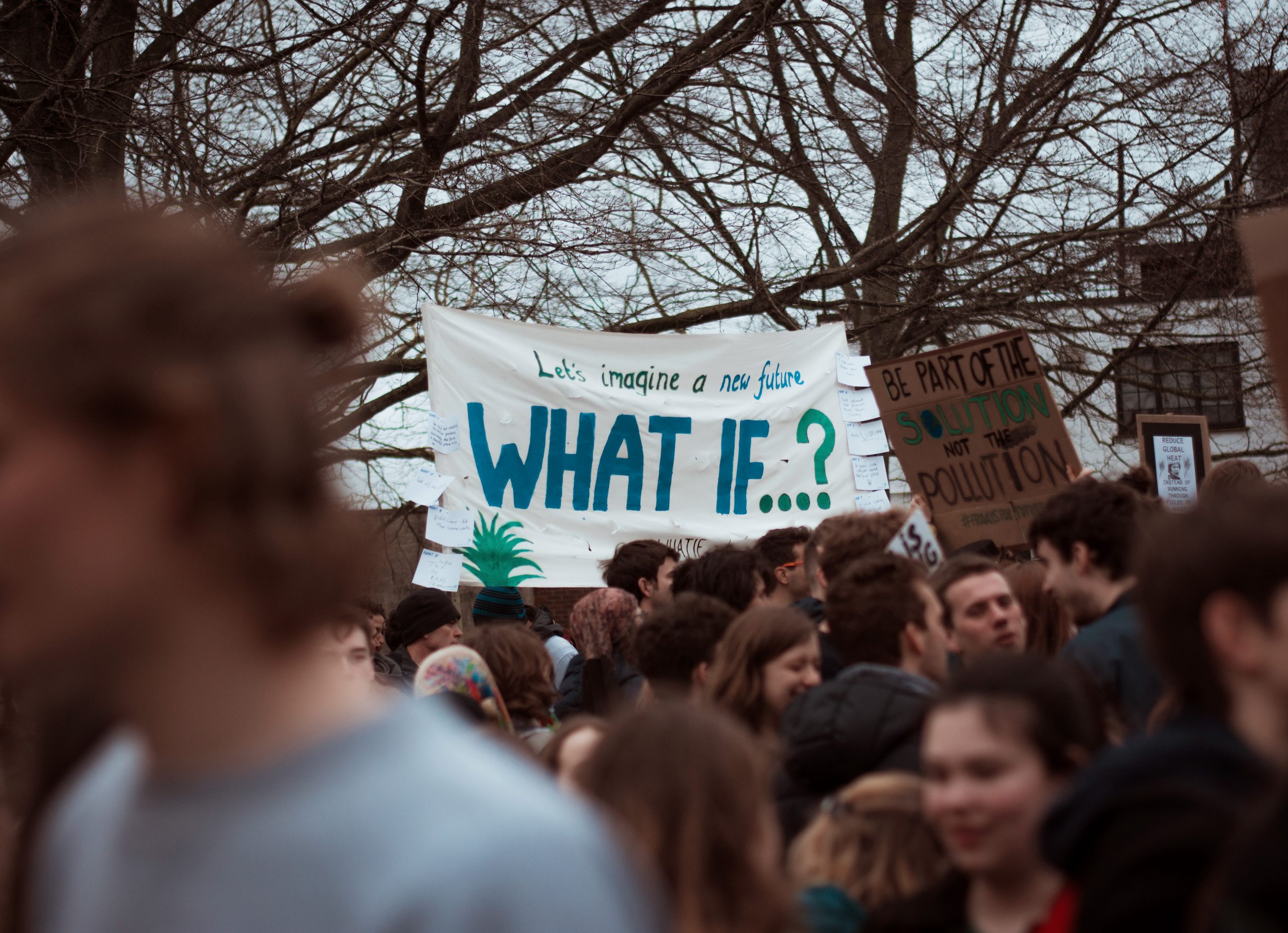 What a few weeks it’s been in terms of the sense of urgency and proportion in relation to climate change and the world’s unravelling ecological crisis. Extinction Rebellion, Greta Thunberg, David Attenborough, the Welsh and Scottish governments declaring a climate emergency, then the UK and Irish parliaments. There appears to be a new, and long-overdue, sense of ambition and momentum, of tectonic plates finally shifting deep below the surface.

Last week, Caroline Lucas and other MPs argued that all new laws should need to pass a ‘compassion threshold’ before being enacted to ensure that they make society a more compassionate place, not less. It would ensure that legislation acts in the interests of future generations as well as present ones. It is a powerful and inspired idea. But I would like to propose something I believe could be even more impactful, a ‘National Imagination Act’.

As I argue in the book I’ve just finished writing, ‘From What Is to What If’: unleashing the power of imagination to create the future we want’, we are living in a time of increasing imaginative poverty, a time in which our ability to be imaginative seems to be under unprecedented pressure. We spend, on average, 65% of our waking hours in front of screens. Austerity has led to the closure of 478 libraries and has decimated community arts initiatives. Teaching hours for arts subjects fell 21% between 2010 and 2017, and entries for arts GCSEs fell by 35% in the same period.

One-third of adults, surveys show, feel as though they don’t use their imagination for work. We are living in a time that has been called the ‘Age of Anxiety’, and neuroscience shows how anxiety, fear and stress directly impact the parts of our brain vital to the imagination. As Aditya Chakrabortty puts it, “One of the great casualties of austerity is likely to be imagination, the sense that alternatives to this broken regime not only exist, but can be built by us”.

If climate change is anything, it is a failure of the imagination, the ghastly final playing out of Margaret Thatcher’s assertion that ‘There Is No Alternative’. Of course there’s an alternative, and our survival depends upon our finding it and living it. So, living at a time where our imagination is constrained and unvalued in school, at university, in our work life, our home life, is a very dangerous situation. As author Leah Stella Stephens puts it, “Who has the time or space to hear the barely audible whispers from our long-neglected imaginations? Our imaginations are banished during the day, locked in our internal jails, only to fleetingly emerge at night, if we are lucky“. How might we reverse this, at scale, and with urgency?

In Mexico City, the Mayor’s office has created  Laboratorio para la Ciudad, which is, in effect, a ‘Ministry of Imagination’. It may sound like something out of a Harry Potter book, but it is doing amazing work. As its founder, Gabriella Gomez-Mont told me, “we should not only be thinking about building cities for the human body, but also for the human imagination. The more we distribute the capacity to imagine different futures, the better off we will be”. Bologna in Italy has a ‘Civic Imagination Office’ which sits between the municipality and the people invoking and supporting the community’s imagination.

How would a National Imagination Act work? Luckily we have a template. The Welsh government’s ‘Wellbeing of Future Generations Act’, passed in 2015, commits every public body to set out how it will achieve sustainable development, underpinned by a definition of ‘prosperity’ that is to do with wellbeing rather than economic growth. Its legislative ‘bite’ will be established through case law. For example, right now it is being used to attempt to block the proposed Newport to Cardiff relief road on the grounds that it would be harmful to future generations and not create genuine prosperity. Such a model could easily be adapted to invite every public body to set out how it will create the best conditions for the people it supports and serves to be as imaginative as possible.

Even just asking public bodies how they would boost the national imagination would lead to extraordinary creativity. How would the NHS boost the imaginations and sense of possibility, hope for the future, of those they serve, and for those who work for them? How could our education system be reimagined so young people leave school with their imaginations honed like a super-power? How could local government maximise the imagination of the people it serves? Cities like Preston, with their ‘guerrilla localism’ approach are creating an economic model that invites the imaginations of the local population.

In the context of the climate emergency, a National Imagination Act would lead to a flourishing of imaginative, bold, appropriate solutions emerging from all directions, communities, local government, public bodies. Schools creating new market gardens to feed themselves. The closing of streets for children to play. Bold city-wide ideas like the amazing London National Park City initiative. Economic development approaches for cities focused on keeping money cycling locally and thereby enabling a whole new economy of place to flourish. Policy-making rooted in bold ‘what if’ questions. A blooming of public art, of conversation, of connection.

The UN tells us that in 12 years’ time we need to have halved our emissions and be firmly on the path to zero emissions, and actually the reality is that we need to be even more ambitious than that. If we manage that, those 12 years will have felt like a time when anything felt possible, an utterly extraordinary time when everybody played a part, when the imagination flourished. A National Imagination Act could have a key role to play in making that a reality. What would you do? How would you enable the imagination to flourish where you live, work, study? What if…

Imagination: an antidote to the plague of austerity

“What I fear most, I think, is the death of the imagin...

Inez Aponte: From dismal science to language of beauty – Towards a new story of economics

Humans are storytelling beings. In fact one could argue that...