Back in May last year, I read in the papers, they found Anne Leitrim dead in her flat in Bournemouth. Her body had been there six years. Tragic, I thought, inconceivable. Then I asked myself just how many neighbours I have who would come knocking on my door. And the answer was zero.  A few weeks later I tried to greet a woman I half recognised heading towards me on my street. “I know you,” she replied. “You’re the guy on his mobile phone all the time.”

The next month, on the cricket pitch, I tried to smack the ball into a lake, missed it and severed my Achilles tendon. The big lesson is never exercise. But it was a fantastic chance to read (which I didn’t take, I watched Breaking Bad). But I did start to walk, all over the ex-orchard turned into concrete that is Kiburn. Over the weeks, as I hobbled around the area on crutches, I saw bunches of wild grapes start to ripen, from green to purple to black.

One day, in the park, I got overtaken by an old Italian man. “Excuse me,” I said to him on impulse, “but do you know how to make wine?” He stopped, silver-haired, back ramrod straight.  “The soles of my feet,” he replied,  “are still red from making wine as a boy”. We were off. We were going turn Brent into the Napa Valley of the North. 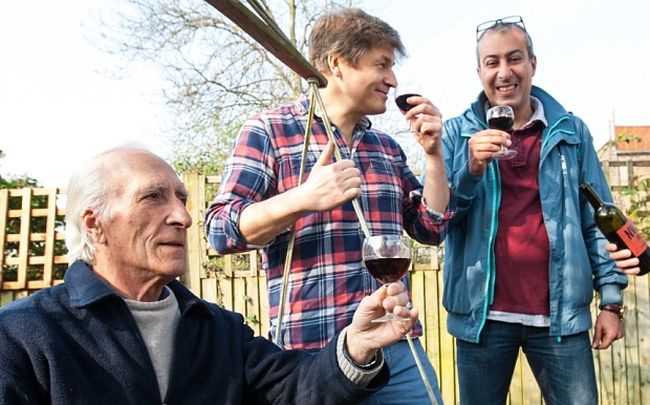 The old man’s name is Paulo Santini. He is 84. He turns out to live 2 doors down. He last made wine 55 years ago in his village in Emilio Romagna. That summer he made it again, leading a crew that, over the months, has involved some 100 of us from the area. There was Nicola, a 70-year-old Italian former lorry driver with something of an eye for the ladies, Jane from Alabama, John Joe Moloney, a fruit-picking Irish engineer with his girlfriend, Vanessa, from Venezuela (think Sophia Loren on a retractable ladder in Willdesden), Rei’Anna and Roselyn overseeing quality control in Sunday finest; and two lynchpins of the Transition Town movement in our area, the two people who really made it happen, John Smith from three doors down, and George Latham. 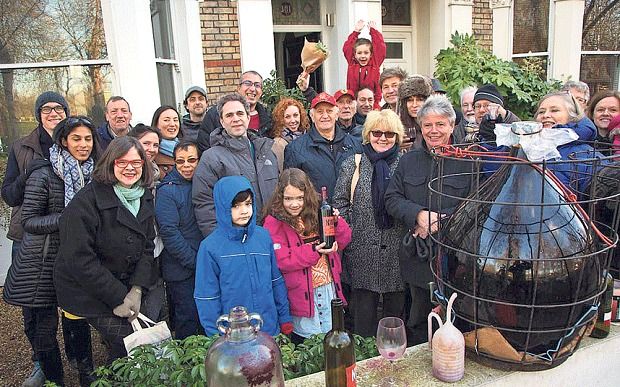 Over summer weekends we picked the grapes as they ripened, knocking on doors and asking bewildered owners to let us in with our ladders. No-one said no. In total we picked 200kg (440lb) of wild vine Fragolino grapes. Then we trod them, out on my front stoop, plunging waist deep into the mash of grapes, our legs blood-red as we emerged from the barrel. We trampled barefoot, washing each other’s feet, because human skin can coax the peel off a grape better than any machine. My legs still itch from the tannin.

I used my daughters as human grape crushers. “This is more fun,” my eldest said, head barely visible, “than shopping at Zara.” “Do you have any scissors?” another woman who had travelled over from Bermondsey asked, then she cut off her black skinny jeans off at the thigh to join us in the barrel. I have still got the bottoms. “Vendemmia –” said Paolo, “this is the harvest.” 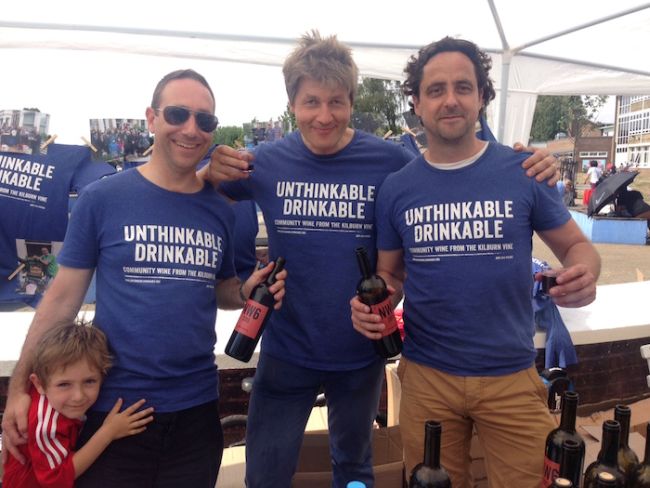 Unthinkable Drinkable Brent is the name of our project. Of course we were in it for the booze. We had a dream of 150 bottles. But it was about something else as well. Could we rediscover some lost skills? Could we reconnect with each other? Could we live on a street where none of us, me included, would die unnoticed? Where we would be more than someone passing on a mobile phone?

Some 200 bottles we made in the first year, and it is indeed borderline undrinkable; Brent Crude is its local appellation. The Archbishop of Canterbury has a bottle in Lambeth Palace, reserved, it is alleged, for unrepentant sinners. The bottles have all gone, before you come beating on our door, but next years crop (2015b – we had apparently got the year wrong the year before), looks like a bumper, with no less than 250 more bottles of unthinkable red on its way, and to wash it down, our new line, Transition Plum Slivovitz – harvested from the plum tree outside Kilburn Police Station…

Leo Johnson is one of the cofounders of Unthinkable Drinkable Brent and a member of the core team for Transition Kensal to Kilburn. He is the author of “Turnaround Challenge: business & the city of the future” and co-presents the radio four programme “Futureproofing”. 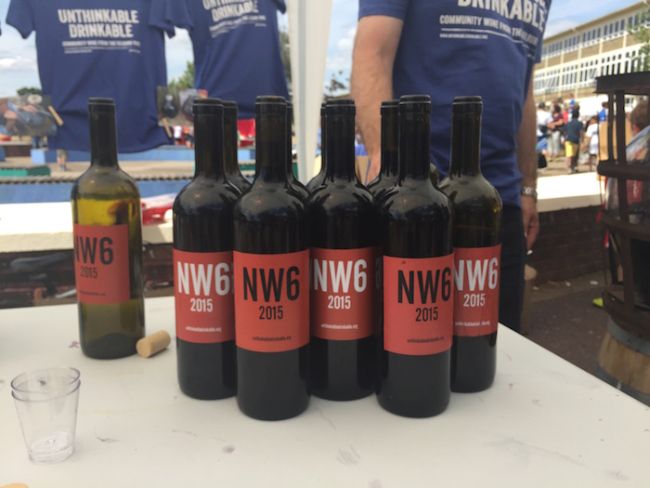