A guest post by François-Olivier Devaux of Transition Hub Wallonie-Bruxelles:

Imagine suddenly your friends and neighbors talking enthusiastically about their new implication in their neighborhood, their plans to start acting locally and the deep changes they are contemplating in their daily lives.

If you have witnessed this recently, it is probably related to the release of the movie ‘Demain‘. Whether the movie is considered as a huge revelation, or an effective “Let’s do it” call, its impact is considerable in Belgium. In the following, we propose to analyse this impact from a Transition point of view. 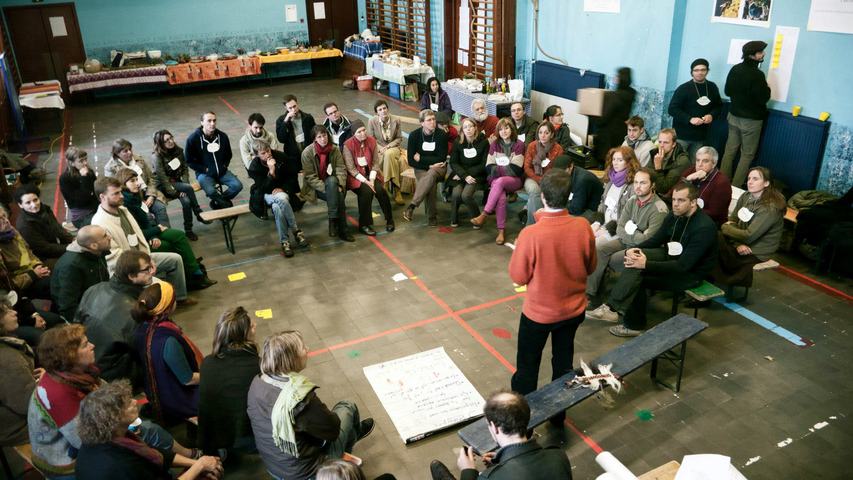 Transition is doing fine in Belgium, thanks for asking! We estimate that there are more than 100 Transition initiatives in Belgium, half of which are located in Brussels and Wallonia. In this article, we will focus on these two regions, from the perspective of its Transition Hub, the Réseau Transition.

Transition began in 2009 in Brussels and Grez-Doiceau, and slowly expanded to other rural and urban communities. In 2012, people from about 25 initiatives took part in the Conviviale 1.0 (our first “modest but awesome” Transition gathering). Through the organization of that gathering, the need to strengthen the links between initiatives and create mutual tools was strongly felt. The Réseau Transition was born! Supported by two NGOs, the first paid roles focused on organizing trainings to support initiatives and the movement. Today, the organization is fully independent, a great number of volunteers support the Hub and four part-time employees offer direct support, trainings, tools and spread the Transition concepts around Belgium.

‘Demain – Le film‘, the movie from Cyril Dion and Mélanie Laurent, was already presented in a previous post by Rob Hopkins. It’s a great road movie presenting initiatives that have proven themselves in ten countries around the world: concrete examples of solutions to environmental and social challenges of our times in agriculture, energy, economy, education and governance. As Gandhi once (surely) said, “Leading by example is not the best way to convince people, it’s the only one”. 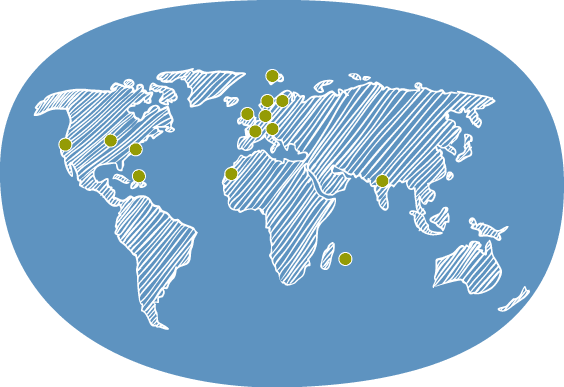 It’s a funny and optimistic movie but that does not avoid presenting the big challenges we are facing. It starts by quoting an article from the Nature Journal in which more than 20 scientists explain that part of humanity will disappear before 2100 from human causes provoking a general collapse of ecosystems.

That awareness is transformed into a positive energy making Cyril and Mélanie start a journey to seek for advice on how to move forward. The first stop in their international trip is a humble English town called Totnes, where they met various inspiring people… (wasn’t it a great premiere for Ben?). 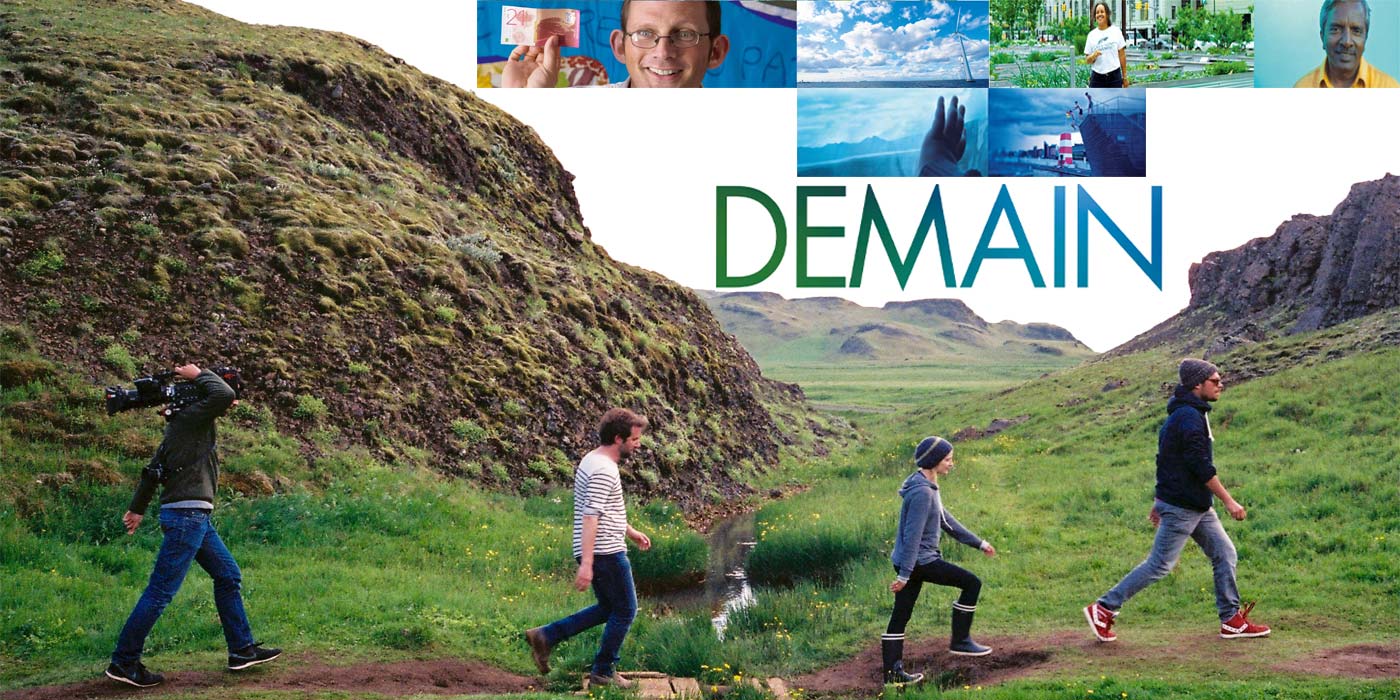 You will surely ask yourself after seeing this film poster who between Totnes’ £21 note and Rob is now the most famous in France, Switzerland and Belgium…

The success of the movie in Belgium is impressive. More than 100,000 persons have already seen it (compared to our national population of 10 millions, it’s an amazing score), which makes it more successful than the Al Gore documentary ‘An Inconvenient Truth‘!

While at the start, only progressive newspapers covered the release of the movie, most of the mainstream journals now have published articles trying to explain this mass success. In turn, many citizens hearing echos from friends and media have gone to see the movie, which is now released in Belgium’s biggest cinema chain.

Here are some reactions to the movie:

Besides the excitement, what impact has the movie had?

With so many citizens having seen Demain, it is now easier for us to present Transition, referring to the movie. “Oh yeah, right, I know Transition” is a sentence we hear more often. We have also seen a significant increase in the number of initiatives created during the last months, in part related to the movie. Additionally, existing initiatives has seen many new citizens coming to offer their contribution.

At a larger scale, it is important to state that Belgium has recently experienced many situations managed poorly by the politics (terrible handling of the migrants issue, revolting acts of terrorism, severe issues with mobility, etc.). Some citizens sense that this situation is not (only) due to incompetent politicians, but also because of a deeper flaw in the system. This understanding, combined with a positive energy of togetherness, is a great opportunity for Transition, active in this reflexion since many years.

Once the buzz created by the movie had passed, deeper analysis have started to appear in the media. What is the political message of the movie ? Does it claim for more or less politics ? Does the movie illustrate a temporary contestation movement, or invite for long term alternatives?

It is also interesting to watch the politician answers, who of course officially love the movie, but informally don’t have enough hindsight to define their next step. Should they increase their support to the movement? Will they benefit from such a move?

We also heard some frustrations around the fact that the positive message of the movie might overshadow the initial statement around a system collapse that seems more and more obvious. This is of course a topic often discussed in Transition Initiatives, and in Rob’s Transition Culture blog. I am personally more and more convinced by the fact that experimenting and realizing that another tomorrow is possible enables you to analyze the current system more objectively and question it more frontally.

What are the new opportunities that we are facing today, in our initiatives and hub, given the positive context for Transition?  We are increasing our collaboration with universities and research centers to benefit from their analyses and inspire them with real world cases. A new project called Voies de Transition (Transition Paths), a web space to reflect on Transition, aims at inspiring local initiatives and improving the visibility of the movement.

The Inner Transition sphere of our activities is also developing quickly through rich interactions with other partners outside Transition.  We are also working on the development of a “Transition Collective” (official name still under construction) which will gather many organizations striving for improving the resilience of our communities in Belgium.

Finally, we are developing Trainings on new topics and under new formats. As you can see, we have many reasons to celebrate the dissemination of Transition principles in Belgium, with the help of ‘Demain‘, and welcome the exciting opportunities sprouting with spring season. Vivement demain !