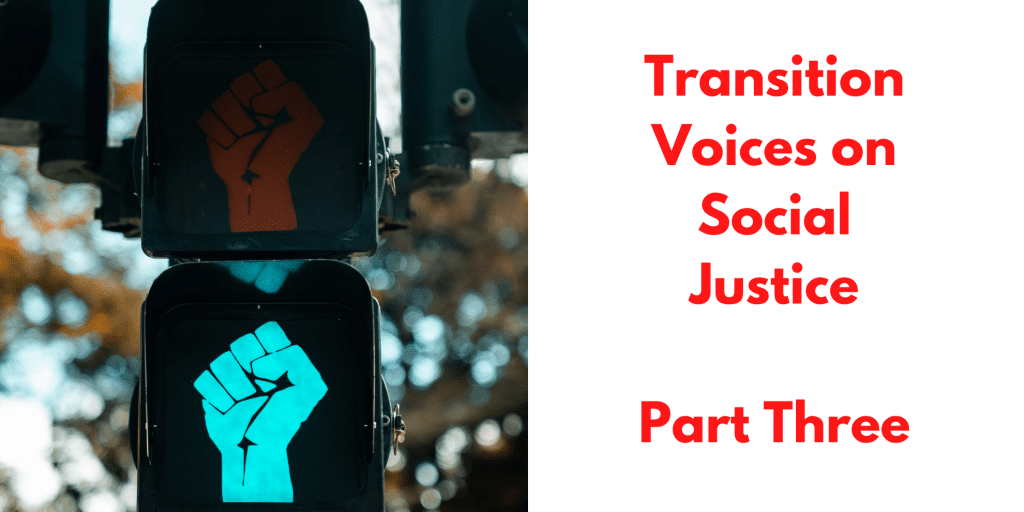 We’re very grateful to Abigail and Landets Fria Tidning that we can share with you the full length interviews here, over three parts. In this final piece we hear from Marissa Mommaerts of Transition US. 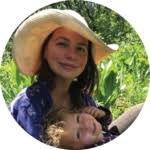 “There’s been too much magic thinking in the Transition movement, that if we just build community we will fix everything. We need a better power analysis”, says Marissa Mommaerts, national network organiser at Transition US. Photo: Private

Marissa Mommaerts, national network organiser at Transition US, has had social justice as her priority since she joined the Transition movement eight years ago.

“We’ve started and our national leadership sees this as important, and sees that it needs to dedicate resources to this work. But we have a lot of work to do”, she says.

Why is it important?

“1. It’s the right thing to do. Transition people care. Why would we want to rebuild our world and not include justice?”

“2. We’re only as resilient as our neighbours, or the weakest members of our communities. As long as the impacts of imperialism are playing out in Latin America, the US is always going to have refugees. Our work doesn’t happen in a vacuum. We’re not growing as much as we need to – why? We need to be more inclusive. And it’s not enough to be inclusive and diverse – we need to support justice, to support the leadership of indigenous people, black people and people of colour.”

“One Transition group I love in the US is Cooperation Humboldt. They say we need to leverage our power and privilege to support the work that’s already happening in marginalised communities. For example, they have a community health worker project. I know some people will say that’s not Transition. But firstly, people need basic security before they can take on other issues. And secondly, we’re only as resilient as others around us. If others are struggling, we need to meet them where they’re at.”

“3. Without this, the movement isn’t going to achieve its visions and goals. Recognizing that all of our struggles are intimately connected and that we must work together to build a better world is known as collective liberation. Collective liberation is a strategic response to the Transition goal of slowing climate change and creating resilient ecosystems. The only way to build a movement that’s strong enough to confront entrenched interests, is to build strong partnerships with social movements with a broader and deeper analysis. I love Naomi Klein’s book “This changes everything”. She does such a good job of explaining how both social and ecological crises are a result of an extractive economic model”, says Marissa Mommaerts.

Transition US is in the middle of its national strategy planning process, and is collecting input from Transition groups across the country.

“One theme we’re hearing from them is that we need to centre social justice and inclusion. Another is that we need a deeper analysis of power and how the economic, social and ecological crises are linked. They’re saying that there’s been too much magic thinking in the Transition movement, that if we just build community we will fix everything. We need a better power analysis”, says Marissa Mommaerts.

Transition US also wants to build more strategic collaborations, locally and nationally, with movements and organisations like 350.org, the Sunrise movement and other climate justice movements.

“They probably won’t be that excited to work with us until we have a strong commitment to social justice. We have strong new economics and social justice movements in the US, so we’re behind. We’re constantly being challenged and pushed, and we have lots of resources and sources of inspiration.”

The US Transition Hub has several social justice initiatives underway. A lot of work goes through the national social justice working group which was started just over three years ago. The Hub has done advocacy to its board of directors to prioritise social justice, and hopes to be able to update its mission statement to include social justice.

Transition US has hosted a series of national conversations on various aspects of the connection between Transition and social justice called Building Bridges which was funded by Transition Network seed funding, so they could hire speakers from various organisations and movements within justice and antiracism. This was organized by Jul Bystrova from the Social Justice Working Group and Inner Resilience Network.

“We’re also looking at the connection between social justice and inner Transition, for example, how colonialism and white supremacy shows up in us. It’s hard work. We’ve done sessions on healing intergenerational trauma in relation to oppression, power, privilege, allyship and the connections between the climate and social justice”, says Marissa Mommaerts.

In the past year the Hub has been working with the Transition initiative Cooperation Humboldt to offer a social justice community of practice. It’s six sessions of training on white supremacy, capitalism, colonialism and patriarchy, is based on the leadership training they do with people who want to join the core team. Cooperation Humboldt has a focus on the solidarity economy and economic models for equity, and incubates worker cooperatives. Transition US is interested in supporting that work.

The US Hub is also collaborating with the Pine Ridge Reservation in the US on the permaculture food sovereignty project OLCERI (Oglala Lakota Cultural and Economic Revitalization Initiative) as well as a big permaculture conference after the Covid-19 pandemic. This partnership was organized by Jul Bystrova.

“We also have a project called Stories to Action where we amplify stories from the US Transition movement. The Transition Network is supporting us to highlight stories on social justice. We’ve found that people working hard in their communities may not have time to document their stories, so we pay people for their time to talk to us. A handful of groups have solid justice collaborations in their communities. We’re documenting what, why and how they’re doing. A lot is about building relationships and trust”, says Marissa Mommaerts.

Social justice is likely to be a big theme in the Hub’s upcoming national gathering, and Marissa Mommaerts thinks they will try to reevaluate all their programmes and materials to make justice more central, such as Transition Streets and emergency preparedness. A priority is inclusion and diversity in the Hub’s staff and board.

“Our board and staff are at least 50 percent people of colour. It’s taken a long time to get here. We have so much more to do but now it seems common knowledge that this is important, at least within our leadership. We also have a grassroots advisory council of local leaders, and there’s understanding there too that this is important”, says Marissa Mommaerts.

On the whole, Transition initiatives in the US seem to want to prioritise social justice. The national hub has been convening lots of conversations on the issue and the response has been very positive.

“I was surprised – maybe people who weren’t on board with this just didn’t come – but no one said this is not a direction we should go in. There was no resistance or pushback. All the Transition initiatives that turned up were interested.”

However, that doesn’t mean that everyone is on board, Marissa Mommaerts notes.
“There are still people on our council who are questioning how to do this without undermining our commitment to climate change, while others think this is the way to address climate change. We’re trying to give everyone the chance to express their concerns but not waiting for 100 percent support. Local groups are still autonomous but this is a priority when we’re guiding and giving support.”

Marissa Mommaerts says that there may also be people in Transition groups who don’t identify as white supremacists but might hold some of the same beliefs, at least unconsciously.
“That’s why we examine our belief systems and call each other in. We need practice and confidence. Humility is a big value of mine that’s good to lean on. I don’t want to be racist but sometimes I do or say something and I get called out. Then I have to be humble, learn and try not to f*** up again. We also have a culture of not shaming each other. We are all part of systems of oppression and shaming doesn’t help.”

“It’s hard, it’s a constant process, work and learning. We have basic recognition that this is important but we have a lot of work until Transition initiatives really embody it”, says Marissa Mommaerts.

“Building relationships and trust based on consistency. Showing up for them, supporting their agendas.”

Two pieces of work are needed in social justice, says Marissa Mommaerts. One is reconciliation and looking at the emotional trauma of racism. The other is reparations and redistributing resources.

“That’s an important issue in the US. Solidarity, not charity! I love the way Cooperation Humboldt is building more equitable economic systems. They’re paying reparations to local indigenous tribes, and other local groups are starting to do that too. It’s partly about showing up and partly about putting your money where your mouth is. Saying we care about poor people and not trying to change the economic system feels pretty superficial to me. One example is that all white-led organizations in the New Economy Coalition are being asked to dedicate 0.1 percent of their annual budget to be redistributed to support black-led organizations in the coalition.”

What do you think would’ve happened if Transition US hadn’t had this focus?

“We would’ve become irrelevant. I think that’s why we have support now, because people know we have to do this to stay relevant. I think addressing justice is also an important part of engaging youth. Young people aren’t going to be attracted to Transition if it stays in its little bubble. I think there’s widespread understanding that Transition needs to reach beyond the choir”, says Marissa Mommaerts.

7 Ingredients for a just, fair and inclusive Transition, Transition Network

An interview with Nick Anim of Transition Town Brixton and T...