This is the second blog from guest editor Madelanne Rust-D’Eye. Read her first, The Roots of White Supremacy are in Our Bodies.

This is the second in a series of articles that explore why practicing embodiment – that is, slowing down and looking at the moment-by-moment ways we experience and relate to our bodies – is such a necessary step towards dismantling White Supremacy (aka. the cultural status quo in the Western world that systematically privileges White people) and creating a more just and equitable world.

*But first, a note on language. In this series of articles, I sometimes use “we” to refer to all of us humans; more frequently, I use it to refer to White people (I do my best to indicate to the reader which I’m doing at any given time). I realize that this centralizes the White experience — as does the entire focus of the article — and that this might be alienating to non-White readers. My intention in centralizing Whiteness in these ways is not to exclude People of Colour, or to “take up more space” with White perspectives, but rather is to actively step into my responsibility as a White person to own (and transform) those aspects of my identity (ie. my “Whiteness”) that cause harm, and to invite other White people to do the same. This is the spirit in which I offer this writing.

In Part 1 of this series I suggested that if, as White people, we are going to contribute to cultural change away from White Supremacy, we must explore the ways we relate to the sensations and emotions that arise in our bodies in relation to our life experiences. Only then can we actually learn to notice, and feel, the Implicit Associations — the meanings and associations our bodies make, beneath our conscious awareness — that underlie and result in behaviours and attitudes that marginalize others. We must then learn to tolerate the discomfort of not acting on these Associations long enough for alternative (ideally, more collaborative) relational outcomes to arise.

Another dimension of discomfort that I suggested White Allies must learn to welcome is tolerating the discomfort of emotion – and of change, and the unknown – moving through our bodies. Being present to these experiences connects us to our own experience of life in all its textures, and makes us capable of acknowledging and truly caring about the life experiences — in particular, the suffering — of our fellow humans. I shared my belief that this is a requisite energy source for our wholehearted participation in personal and cultural transformation at this time.

In this article, I’d like to look not so much at why it is helpful for White people to practice these things, as to investigate why it is that often times we don’t.

I think it’s safe to say that many cultures include, or have once included, some form of the body-based skills I have mentioned in their cultural practices, spirituality, ethics, or values. It is hard to get along with one another in close and ongoing proximity – which is what our human ancestors have had to do since the dawn of time – without them. I would even go so far as to say that these skills are the foundation of our human capacity for connection, both within ourselves (tolerating our own sensate experience) and with each other (tolerating the sensate experience of relating with other people). So, a culture in which they are absent is … Well, what is it?

To answer this question, we must look back into the history of Western Europe, whose people eventually came to define, export, and impose White culture around the world. Until the Romans invaded, conquered, and colonized Western Europe (starting in roughly 250 BC), the people of those lands were tribal people, whose spiritual and cultural practices supported them to live in close relationship with the Earth and with each other. They were indigenous people. Over several hundreds of years, the Romans violently severed them from their traditional ways. Torture, mass killings, rape, cultural annihilation, all the trappings of colonization were inflicted upon them. Among these too was the subjugation of women. 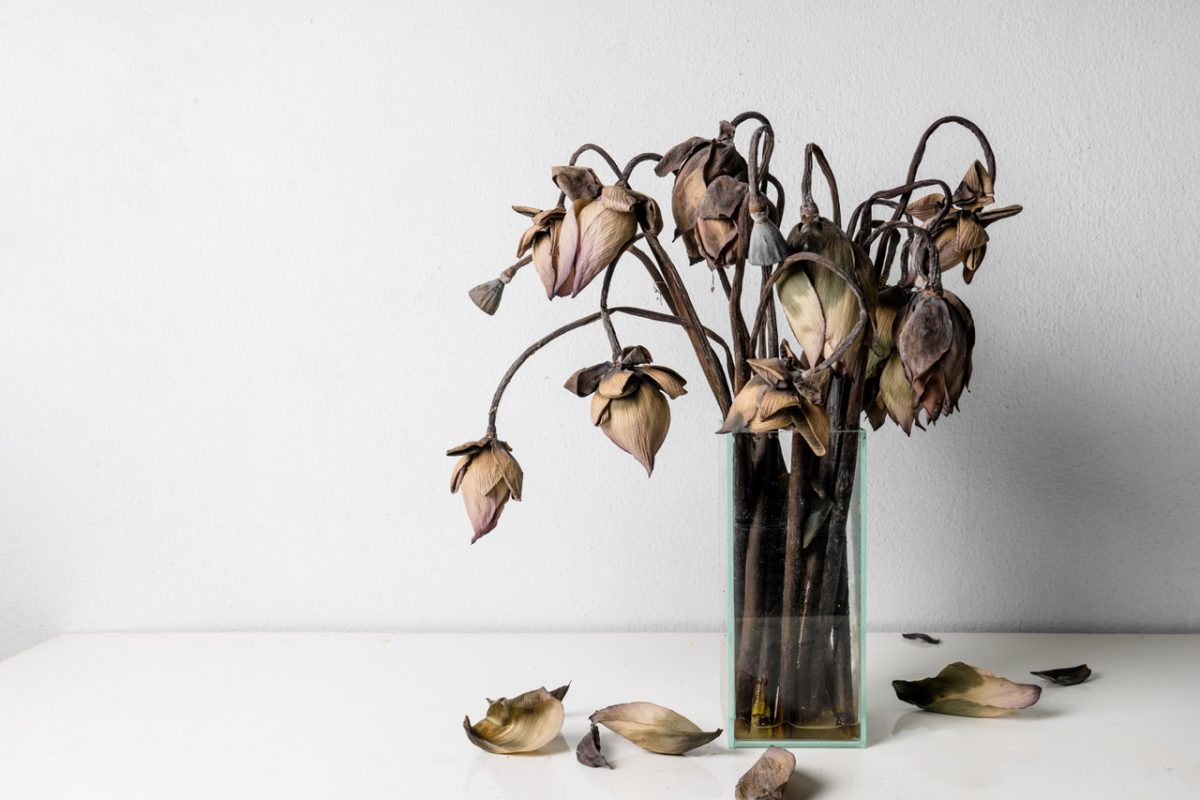 Although the Roman Empire fell apart by the end of the 5th century AD, its legacy of religious and political institutions continued to work away at whatever foundations were left of Western Europe’s formerly-indigenous ways. The witch hunts of 1250 to 1750, during which 6 to 9 million women (and their male accomplices) were burned at the stake or otherwise tortured and killed on the pretext of practicing witchcraft, are a potent, heart-rending indicator of the cultural transformation at work at that time. The Diné teacher Pat McCabe, Woman Stands Shining, gives a phenomenal account of what she believes the impact of the witch hunts was on the psyche and soul of Europeans – and ultimately on all humans.

[video not available anymore. Sorry for the inconvenience]

If you can, I recommend you watch the whole video, which speaks to so much more than this one historical event, but for those with limited time, the witch-hunting bit starts at 27:15.

Why is it that, when I tune into it, I can still feel a connection to this long-ago history: a formless, frozen, ragged edge of pain somewhere deep in my body? Didn’t my ancestors leave it all behind when they left Europe and came to North America? My parents are loving people, and I grew up with privilege. What claim can I possibly have to a traumatic history that’s so long-buried?

The answers lie, once again, in understanding the body’s Implicit memory system. Like I said in Part 1, our bodies “remember” things in a non-linear tapestry of sensation and image. These memories are felt rather than consciously recalled; as such, we can be in the middle of an Implicit memory and not even know it; we are simply feeling a certain way.

Christopher Bollas coined the phrase “the unthought known” to describe the particular quality Implicit memories have, of being things we know without knowing we know them.

When a person experiences trauma and develops Post-Traumatic Stress Disorder (PTSD), their painful memories become trapped in their Implicit (body-based) memory systems because they are too overwhelming to integrate consciously (for more about this see ‘Trauma Healing’ or ‘Sensorimotor Psychotherapy’). A split develops between the embodied parts of the person that unconsciously remember – and therefore, ongoingly feel – the trauma, and the conscious (or “Explicit”) parts of the person, which not only don’t feel but actively resist and suppress the body’s painful memories.

Does this pattern sound familiar? Because it’s basically the blueprint for Western culture.

But before I go there, here’s one more important point: recent research into neuroscience, embodied psychology, and epigenetics demonstrates that a person’s unresolved PTSD is transmitted to their offspring via genetic mutation as well as via non-verbal, body-based interactions in the first 2 to 3 years of life. Thus, a parent’s (or grandparent’s or great-grandparent’s) overwhelming pain can literally inhabit their children’s Implicit memory systems, invading their bodies and causing their conscious selves to evolve the same traumatized resistance to their body-based experience – without ever knowing why.

I believe that Western culture is the outer manifestation of a traumatized inner state, passed unconsciously through generations of White (and subsequently, non-White) people and – as so often happens with PTSD – recreated again and again, around the world via colonization. In its methodical fetishization of the “rational,” and in its active suppression of body-based, felt-sense experience Western culture protects White people from feeling an ancient agony of cultural loss, of separation from all that was life-sustaining. These are the dynamics upon which its systems of privilege and oppression are founded (in the words of Tada Hozumi, “oppression is trauma itself, institutionalized”), and which underlie its current global politics.

To be “Western” or “Westernized” is to be in some way in relationship with White people’s colonial wounding through the vessel of the culture it gave rise to: this fossilized suffering which does its best to imprint its shape on all who cross its path. People encounter, and experience, and in many cases, resist Westernization in different ways depending on their own lineage and intersectionality; even among white-skinned people, there is a diversity of ways they encounter and relate to Whiteness as I’ve described it (hence, my use of the capital “W”). Nonetheless, it is the responsibility of those of Western European ancestry, as well as those who are socially constructed and/or self-identified as being White to reawaken this wounding within ourselves – or rather, to reawaken to it — to learn how to feel it in order to become able to transform and heal it, and to step back into good relationship with our fellow beings.

One last piece before I close. If any of you white-skinned folks are reading this and thinking to yourselves “nope, not me, no long-buried trauma here!” I invite you to reflect on the following: have you or anyone you know experienced abuse, physical or sexual, in your family of origin? Physical or sexual assault? Have you or anyone you know been impacted by addiction? Been harassed or worse on the basis of gender identity or sexual orientation? Experienced recurring overwhelming panic or anxiety, or chronic physical pain? These experiences are so woven into the fabric of Western culture that they simply seem “normal” to many Westerners; yet, I do not believe that they are the experiences we are designed – in our beautiful human perfection – to have (more about this in Part 3). These are the intergenerational manifestations of the White traumatic legacy – the unthought known – that reverberates in every corner of Western culture.

Madelanne Rust-D’Eye, MA, R-DMT, RSME is a Canadian Somatic Psychotherapist who lives in England. She offers ongoing workshops on Body-Informed Leadership, which draws from the principles of Somatic Psychology to experientially inform and support wider conversations about wellness and culture, to groups worldwide. See her Calendar for Upcoming Events, or visit her website www.BodyIntelligence.ca