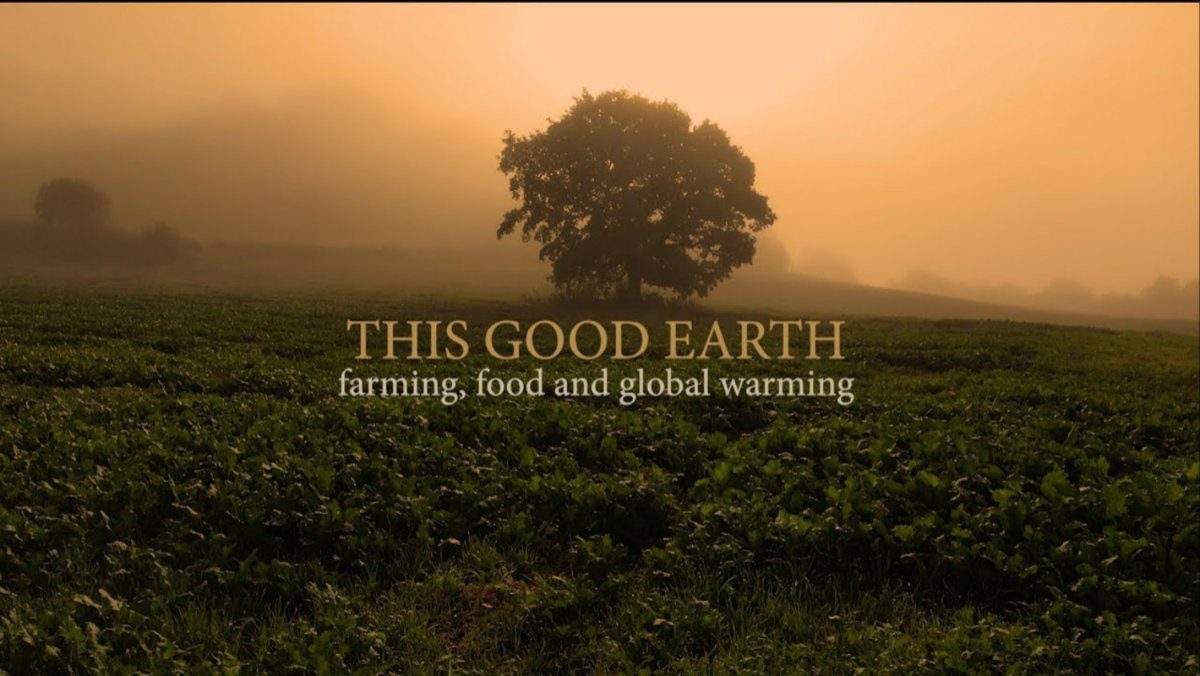 There are many films that look at the crisis facing food and farming globally, and which also look into solutions for these, and other  interlinked crises too. But This Good Earth, a documentary produced by community activists in Dorset, is something a bit different in that it sets out to explore these bigger questions by focussing on the local scale, and on local farms and farmers.

In the film we meet a variety of local farmers, all of whom have a particular approach to food production, often being very honest about the compromises they have to make, and their recognition that while some of what they do can be considered exemplary, various pressures mean that they often have to also make certain compromises. We learn about the importance of looking after soil, of good farming practice, of maximising biodiversity, of the role of farming in the context of rebuilding local economies. What comes through strongest in all of the film’s interviewees is the depth of love and dedication that many farmers have for their land, and their sense of stewardship for the long term.

The film is packed with facts and figures and statistics about food and farming in 2020, such as how there are now 97% less wildflower meadows than there were in World War Two, and that every 100 calories of grain fed to cattle produces just 3 calories of beef. I would have liked to see more referencing of some of these points though, as it would be good for the viewer to be able to follow them up and find out more.

As a tool to engage people and communities in thinking about food and farming in their local area, it is a powerful and fascinating overview that covers a lot of ground in a short time. Part of its value, I think, is in the dirt beneath its fingernails, and in the integrity of its local focus. I feel this would make a great film to show at a public event and to then use it to prompt and open up a conversation about the future of food and farming, possibly an Open Space event or something similar. It might even inspire different parts of the country to make their own versions, capturing the diversity, the complexity, the opportunities that Transition offers to their food and farming sector. To enable our local farmers, often among the most isolated members of a community, to feel celebrated and part of a larger story, is very skilful. Take a look, and then start dreaming of the impactful event you might then build around it.

This Good Earth is available for streaming from the film’s website https://this-good-earth.com.