An update from TTandC: exploring how to build new local economies, and visiting Mondragon, Spain.

Thanks to Graham Truscott for this update.

Transition Training and Consulting (TTandC) has been very busy lately. This is the (strictly not-for-profit) part of the Transition Network specifically designed to engage businesses and organisations in the process of transition. Businesses of all sizes have significant influence on our communities, and are themselves communities that need to be engaged if the wider economic and social transition is to be successful.

Members of the TTandC team are currently working with ten transition initiatives in a pilot project known as REconomy which will identify and spread best practice in engaging existing businesses and stimulating the start up of new social enterprises, so both can thrive and prosper in low-carbon, re-localised markets. REconomy is also looking to develop an understanding of what a ‘Transition local economy’ may look like. A survey will shortly be published to solicit your input to help inform our work, all of which will be openly shared.

TTandC has already developed services that help existing businesses appreciate and explore the economic, social and environmental paradigms emerging in the low-carbon, high-energy/resource cost world. These include an Energy Resilience Assessment tool which identifies specific vulnerabilities, and points to possible changes to a business model. To help this tool reach more organisations, TTandC practitioners warmly welcome introductions to businesses from Transition groups or individuals. 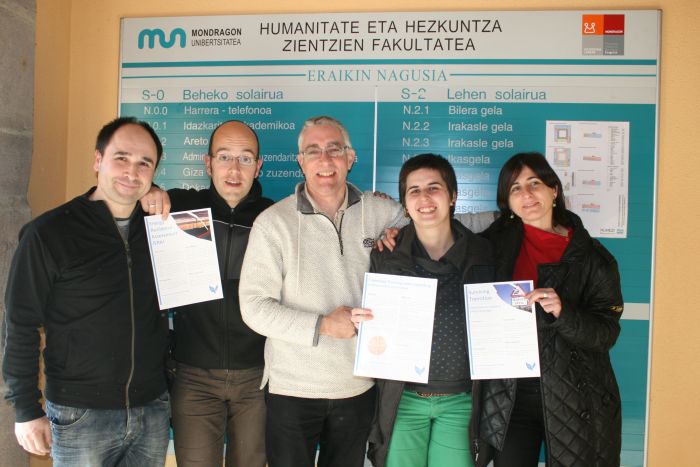 In addition, this month TTandC has been training (and also learning from) new Energy Resilience Assessment practitioners in the Basque Country of Spain who are associated with the Mondragon group of coops. This is building on a visit by Pete Lipman and Ben Brangwyn last July, who are still spoken of with utter awe and admiration for having cycled there!

Mondragon coops (more than 100 of them in the group) form 8% of the Basque economy and up to 15% of the economy in the town of Mondragon. More than 50,000 are employed in the group coops with another 35,000 or so in other coops. The town of Mondragon was named after a myth similar to the St George and the dragon story. The difference is that in the Basque story, the dragon is killed not by one man, but by the collective action of the community. Very appropriate for the coop name – though the coop actually took the name because the first of today’s cooperatives just happened to be set up in that town! 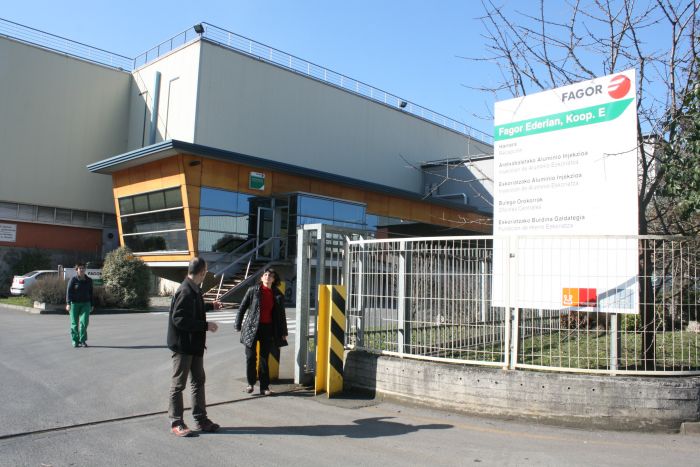 Graham Truscott, who led the TTandC training session at Mondragon University, commented, “I’m not sure who has learned more – the new Basque ERA practitioners, or me on behalf of the REconomy project. It has been humbling to see what has been achieved here with social enterprises over more than half a century – a level of experience to be very proud of. If some of our approaches can help them dynamically reinterpret their coop concept to tackle the big challenges of the 21st century with optimism and vision, that’s fantastic for everyone. It has been a privilege to share the ERA tool with Larraitz, Mikel, Inigo and Virginia and we all look forward to further working and learning together.”

For more information about why the TN set up TTandC, or about becoming an ERA practitioner have a read of the TTandC pages on this site

To find out more about Mondragon, read on…

The first modern coops were formed 50 years ago, largely at the instigation of a local priest, Jose Maria Arizmendiarrieta, who was seeking to alleviate post-war poverty in the region and to preserve Basque culture. The coops were set up with a strong social, educational and cultural emphasis: there was little environmental perspective at that time, but the intention was to create a coop to address any need that was identified. Coops were established in a large variety of enterprise sectors and included educational institutions in the Basque language (not related to any other in the world). Education was and is seen as a continuous and total process, not just for the benefit of the individual but also to enhance the community’s capability. Recent examples of this have been special courses and training to increase the number of Basque-speaking teachers and engineers.

The coops were intended to be dynamic entities centred around sovereignty of labour rather than sovereignty of capital. Capital was seen as an instrument and a tool only.

Larraitz Altuna, one of the recent ERA trainees, points out that “Our coops were established with several common features like small differentials between least and highest paid employees and the ethos of shared risk and reward remains true today”. Typically pay differentials are no more than 1:7, but with the approval of the workers councils this can be extended in some circumstances in recent years to as much as 1:25 to attract essential skills. However, 90% of the members are still within a multiple of 4 from each other – ie, 1:4 ratio between lowest and highest paid in a given enterprise. Decision making structures involve layers of councils elected by the layer beneath and regular elections. The coops have a moderating influence on the society, with their social ethics extending to businesses that they do business with, which are not themselves coops, and into civil institutions and social groups’ decision making. The coops were always intended to be integrated with the society and the community.

There is a legal requirement for coops to put 20% of their profit to reserves. Coops are organizations of variable share capital and are not listed in the stock market. Part of their credibility is based on the amount in the reserves – with legal requirements for minimum reserve levels. Once the profit and loss statement has been prepared and all taxes have been deducted, the net surplus or loss is divided into three sections: social funds, reserve fund and dividends. Coops are taxed at a lower level than other types of enterprise (28% for capital companies and 21% for cooperatives).

Originally profits were always ploughed into the company. Today, most of any dividend is still kept within the company on behalf of individuals, thus increasing the amount of capital each member has invested in the co-operative. Only a small part of the overall dividend or loss is paid/deducted from members at the end of the year. Employees receive the dividend benefit back when they retire – or die and leave it to a spouse, but there is increasing pressure from some workers to have more dividend returns paid more immediately – as social attitudes are influenced by material/consumerist “have it now” society. There is a tendency in all the coops to assume a “business as usual” macro-economic context and many are involved in feeding consumer society activities like making parts for the automobile industry.

In other respects too, over time, the cooperatives have become more like other businesses that they compete with in global markets. The General Council of the Mondragon cooperatives therefore commissioned the Lanki group in the Humanities faculty of Mondragon University (itself a coop and part of the coop group) to address the educational gap, and the transmission of the cooperative culture.

The Bagara initiative, developed by the Lanki group with the help of other parts of the community, is helping to train/retrain workers and the wider community in the reasons for and benefits of cooperative enterprises, not just in the historical context, but specifically to understand the risks and opportunities in a 21st century context of energy security, resource depletion and climate change.

This includes sub-projects in ecological knowledge, cultural understanding and ethics, youth-work, housing, and caring for the elderly and is why, says Larraitz, “we find the systemic Transition approach so interesting and exciting, as we explore a new relevant and practical strategic social narrative for the coop movement”.