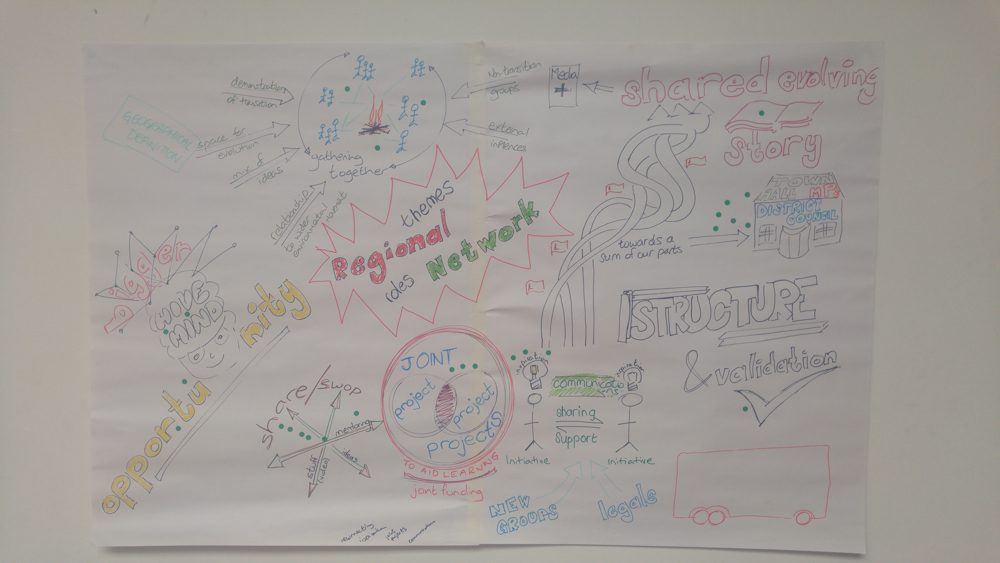 In this series of blogs Richard Couldrey (Transition Town Tooting) and Michael Thomas (Transition Network) explore why and how we might want to support the development of regional networks across our movement. As Transition initiatives embed and mature at a local level, stepping up and reaching out regionally can help groups to have even more impact in their own place and create new possibilities, energy, and influence at a larger scale. Groups all over the world are exploring the potential of connecting regionally, and we hope this practical example and resources from England and Wales can help to inspire new connections.

We are proud to introduce our new Regional Networks Guide and Workshop Facilitation Guide, both developed through a series of workshops and collaborations between Transition Network and English Transitioners.

From March 2016 to November 2017 myself, Richard Couldrey, a researcher from Transition Town Tooting / London Hub and Mike Thomas from Transition Network ran a series of workshops across England to explore what could happen if Transition Groups connected regionally. We had already seen the benefits that connecting regionally could bring through groups coming together in London. We wanted to experiment further to see what could emerge throughout England by getting groups together. We developed a workshop to tour England with, based on activities that had happened in London and feedback from North West Transition Groups. This experiment took us all over the country on trains and megabuses staying on couches, bed and breakfasts and eco housing communities up and down the land. It was a really interesting journey and we met 146 Transitioners from 84 Initiatives all doing effective and inspiring work.

Each workshop set out to bring Transitioners together over a day to explore the benefits of coming together at a regional level, a different level of scale to the local community. We wanted to explore with them if there was any value in connecting regionally, especially when many people are already very busy with local Transition activities. 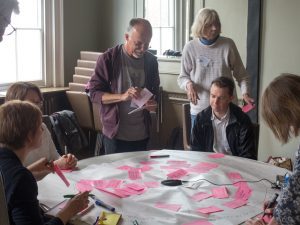 Some of the questions we had about this were:

The answers to these questions were many and we will explore them further in subsequent blog posts.

Out of this work we have developed a guide to developing your own Regional Network, filled with loads of tips and advice. There is also a detailed facilitation guide with all the tools you need to run your own version of the workshop. 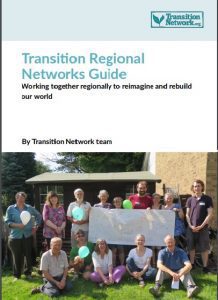 The production of this guide would not have been possible without the knowledge and generosity of the people who attended workshops and gave us great ideas and food for thought, alongside input from existing regional networks and groups who took time to contribute case studies and read through draft versions. It is as much their guide as it is ours.

To complement the guide we have produced a series of blog posts that tell you the story of what we found out through the workshops. We hope they inspire you to explore for yourself the value of connecting up regionally. 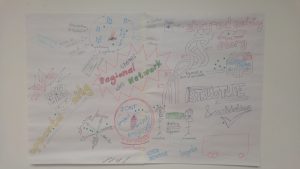 On this journey we discovered a lot about the Transition Movement in the UK. We heard from groups that were thriving to those who were struggling to keep momentum, we heard about what helps and hinders Transition to thrive, we learnt what connections there already were while uncovering a whole load of possibilities that could emerge from connecting with others. As well as dreaming at the regional scale and really feeling the excitement of possibility, we worked hard with people to be realistic about what can be achieved, looking for those tasks and elements that suit our individual instincts and are workable alongside our busy lives.

You can read the next blog in this series here. We hope you enjoy these blog posts and we welcome your feedback and reflections on your own experiences of connecting regionally.