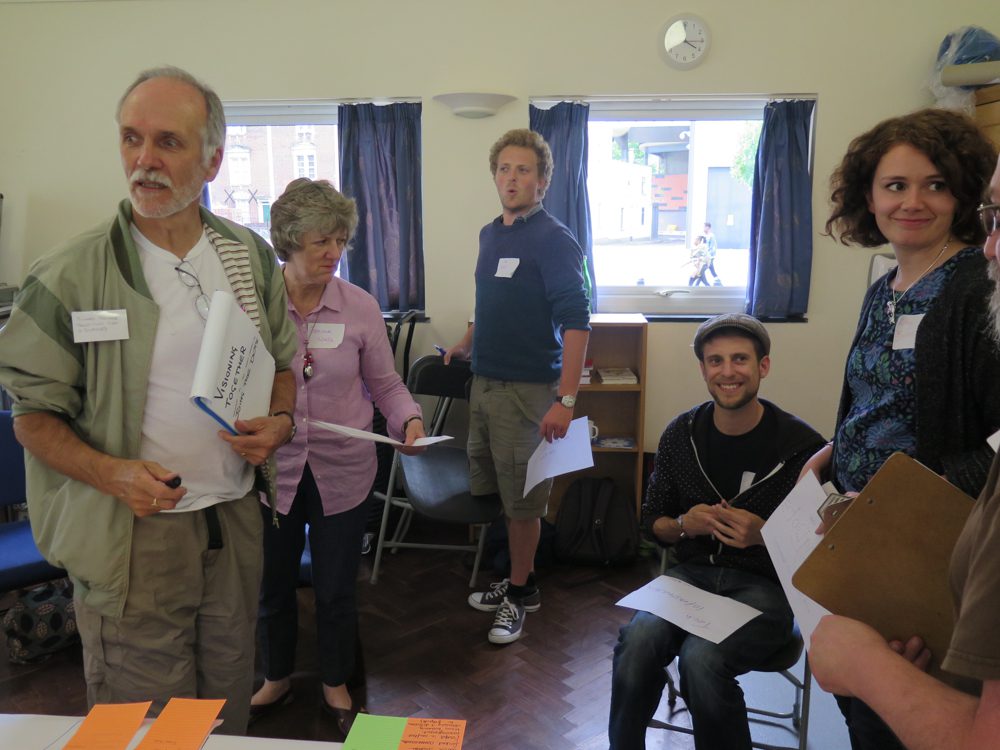 Welcome to the second in our series of blogs exploring how stepping up and reaching out at a regional level can help our groups to have even more impact where we are, while also creating new possibilities, energy, and influence at a larger scale. We hope this practical example from workshops across England and Wales can help inspire new connections, and we invite you to read the first blog which sets the scene here.

It was great to have 146 Transitioners, from 84 different groups, come along to the workshops. But what brought them here? What was their passion and when did they begin their Transition journey? All of this fed into the beginning of our conversations about connecting regionally.

We thought it would be great to start with a welcome circle, asking each participant to introduce themselves and share a moment in their Transition work they were most proud of. The range of answers was breathtaking, and painted a picture of beautiful complexity and opportunity. Here are just six examples from hugely different local contexts to whet your appetite.

Stephen Wakeford from Deal with It raised the imaginary pint and shared with us Deal Hop Farm, a community hop growing project. In 2018, 163 gardens, allotments and community spaces got involved in engaging 325 people in the harvest. This resulted in 178kg of hops ready for the brew, including from English Heritage gardens!

Graham from Melbourne Area Transition described a place I’d LOVE to visit – Whistlewood Common – 10 acres of land with 3500 trees planted including an orchard! They run loads of courses from watercolour painting to pruning and sounds like their organisational set up is super healthy, achieving all they do while also working out differences along the way, Graham said he is really honoured to be working with them. Do go visit if you’re in the area or fancy a campsite for next summer!

Liz from Transition Cambridge talked about being a signpost to lots of activity, groups and expertise. Transition Cambridge has evolved to play that role, connecting people to  Cambridge Carbon Footprint, Cambridge Cycling Campaign, Cambridge Sustainable Food and Foodcycle amongst others. I love that Transition is playing a part in network building, town by town in a very selfless way, building a movement by encouraging people to become active, to flow from one group to another, creating the best chance to give value to reimagining how local communities can thrive.

Chris Jones from Transition Ladock & Grampound Rd shared the Cornwall Beaver Project that had been reintroducing beavers into Cornwall for the first time in hundreds of years. Although not strictly a Transition project, Chris shared that Transition thinking had a major influence in the planning and delivery of the project that is part of UK wide reintroduction of beavers into a modern rural landscape. Check out the videos on the website above, they’re truly inspiring.

Carol Jay from Transition Exmouth shared and celebrated their Green Drinks series with their “29 minute” sessions in which they invite a speaker to share expert knowledge on a subject for a short time before the informal Green Drinks. Looking at their Green Drinks page, there’s a dizzying array of subjects covered over a number of years from Friends of the Earth to veganism to mindfulness.

What was abundantly clear was the generosity of Transitioners to share their expertise, ideas, experiences and dos and don’ts – I could spend a year travelling the country if I accepted all the invitations to come along and check out the projects. The generosity goes further than that too – Caroline from Loughborough celebrated that all their best ideas have been stolen! Whilst Lesley from Penwith recognised “letting go” of projects that the group didn’t have the capacity to deliver. 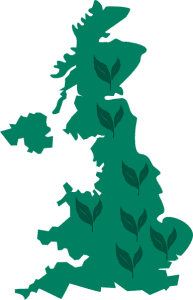 After the welcome circle we carried out a mapping exercise where people stood in different parts of the workshop space in relation to a series of questions.

We started with geographical mapping – plotting North/South/East/West (often in the wrong directions first!) and asking the participants to position themselves in relation to each other. It’s always enlightening to see the surprise between participants when they meet their neighbours for the first time. The exercise also gave us the chance to understand transport links, spot who wasn’t there and create a sense of distance across the region. Accessibility was key with rail and road transport links being hugely influential to both who was in the room and who already had built relationships.

Who was in the room?

Next up was finding out more about the people in the room by spectrum mapping. We asked participants to stand in relation to each other in terms of how long they had been involved in Transition, then how long they had taken action on climate change. Each workshop was very different in terms of the weight of experience in the room. The East Midlands had loads of experience in both Transition and permaculture practice. Cornwall claimed both the second and third Transition Initiative in Falmouth and Penwith. Unbelievably, in one workshop, this exercise led to the announcement of a brand new Transition Initiative in Petersfield, Hampshire! Congratulations!

When we switched to asking how long people had taken action on climate change, the “map” told a very different and much deeper story of personal epiphany. People shared deeply personal stories of reading Silent Spring by Rachel Carson, first published in 1962 or Small is Beautiful by E.F.Schumacher, first published in 1973. Others were part of the Greenham Common Women’s Peace Camps in the 1980s or were active in the various iterations of the green movement since. The map brought us right up to the workshop days, with some having come along to find out more about what community action looks like.

At the time of writing (April 2019), Mike and I are supporting a project called “The Great Invitation” which has been created in response to the drivers of 2019 inspiring more people into action, Extinction Rebellion, Greta Thunberg, Councils Declaring Climate Emergency all being part of today’s motivators to get involved. It’s really encouraging and re-energising to know that motivation comes from a hugely diverse array of places, and keeps changing, inspiring more people to catalyse into action.

Next up was taking a close look at what helps our initiatives to thrive, what the barriers to success are and what local connections we already have. But that’s the next blog for you to read! See you there.