This is the third in a series of blogs from our Guest Editor Kate Heath, an ex-humanitarian worker now based in Paris – exploring how to have constructive conversations about climate change.

The lessons I’ve learned along this journey seem to have come from stumbling into every possible pitfall.   Want to talk climate change? Best scrub up my science, I thought. Entirely the wrong direction to head in in my quest to become an effective climate communicator! In this post, I explore the necessity of re-welcoming emotions and values into our conversations.

I studied Environmental Sciences before becoming a Water, Sanitation and Hygiene specialist. This included climate change, but I knew understanding had advanced considerably since 2008. In the belief it was information I needed on the tip of my tongue to have useful conversations about climate change and energy issues, I duly worked my way through two online courses: ‘Climate Change: The Science’ (excellent, by the way), and the ‘Politics and Economics of International Energy’ (very interesting – I learnt all about the location of major European gas pipelines and brought myself up to date with the newer energy technologies). But as soon as I started looking at the guidance on how to effectively communicate about these issues, it became clear the answer was not ‘more science’- for several reasons I found eye-opening and surprisingly liberating.

“A relentless focus on the science of climate change has swamped the climate and energy discourse, displacing other equally important dimensions of the issue: economics, culture and psychological or social dynamics. And it has proved a stilted vocabulary with which to describe and discuss the issue that will define the twenty-first century”

a) An overwhelming majority of people in Europe accept that climate change is happening and think the cause is partly/mainly/entirely human activity – whether or not they agree with the nitty-gritty of the science – and also a majority in the US too.

In the UK, 59% also state they are prepared to greatly reduce energy use to tackle it, and in France, 80%.

By and large, it’s no longer necessary to convince folks in Europe that climate change is a reality. 91% in the France think the world’s climate is changing, 91% think the cause is partly/mainly/entirely human activity, and 80% state they are prepared to greatly reduce energy use to tackle it. Even if the French electricity infrastructure is, bien sur, characteristically glamourous.

b) Focusing on the science of climate change may well be counter-productive when trying to begin inclusive conversations that bridge different political perspectives.

Another key point repeatedly flagged in all the guidance is the need to adapt the way climate change and energy issues are spoken about, such that conversations can allow those on all sides of the political spectrum to share their thoughts, values and perspectives on the way forwards. The standard terms used, including around the background science, have come to be construed as springing from the political left. The perception that there is then a direct linkage from the science to a prescribed set of left-wing policy solutions contributes to the tendency on the political right to struggle to accept these (see Climate Outreach’s resources for detailed discussion on this). As most people do actually accept, however, that climate change is happening (see point (a) above), it’s more useful to focus discussion on how to address its consequences, where people from different perspectives can then engage constructively with the issue on their own terms.

“There is a widespread sense by the centre-right that energy and climate change is an issue driven by left-wing political priorities and prone to hype and exaggeration….. a watertight argument built on the science of climate change may backfire because big numbers can arouse suspicion or provoke challenges.”

c) And most importantly: values and emotions are what count in decision-making.

I hadn’t appreciated how much our actions are driven NOT by facts and information but from our values-based emotional responses to issues – our aspirations and fears and sheer gut instinct. And these are engaged and ignited primarily through stories, and through safe conversations with trusted others where our values are affirmed. A far cry from the maps of ocean currents that I’d been contemplating sticking back on the wall. The old arts-rooted, emotion-oriented bit of me that I’ve pretty well ignored for the last decade suddenly grunted in its sleep…

Emotions and values are what direct our decision-making. I can’t remember why we captured this on film, but this was the moment in my first year in the field that I was asked if I wanted to take on a re-design of the water system of one of Sierra Leone’s major hospitals. As a fledgling humanitarian worker in Liberia, in the middle of supporting refugees fleeing fighting in Ivory Coast (and also a power cut), I felt it was over my technical capabilities and politely turned it down. I wonder how much the power-cut contributed to the decision.

This, then, threw my science-buffing entirely out of the boat. Everyone who’s talking about talking about climate recommends, fundamentally, taking a values-up approach – finding common ground in deep values common to us all, and working upwards from there. This approach comes as nothing of a surprise – I understand it reflects that taken by Transition in the early local visioning stages, and I think is pulling in the same direction as the perspective as shared in Rob Hopkins’ post ‘The Transition Story – Time to stop talking about climate change’.  It also mirrors the participatory approaches I learnt as a Water, Sanitation and Hygiene worker for supporting communities to examine and address hygiene behaviours linked to poor health. What perhaps differs is to what extent people think it’s useful/necessary to make the link back to climate change explicitly. As Katherine Hayhoe (one of the leading climate change communicators in the US) points out: it’s not difficult to join the dots from people’s deep values back to climate change.

Householders in D.R. Congo map out their village and the places that people go to poo as part of assessing sanitation issues in their community. Participatory approaches that empower communities to analyse and address the causes of poor health themselves mirror the approach recommended for having constructive conversations about climate change: start from people’s deep values, and join the dots back to climate change (Photo Credit: Tom Heath).

Awesome, I thought – I know this stuff, I’ve had various listening-based support roles – I know how to have those kind of conversations! Yet I’ve found my instinct is FAR from this when it comes to climate change. I’ve realised I need to guard closely against a tendency to be very self-centred on this matter… I think because this issue means so much to me; because I’m so concerned about it; and because it just doesn’t get talked about, I’ve been like a coiled spring jammed with ideas who can’t wait to offload MY perspectives, MY feelings, MY MY MY….. Can anyone else relate to this? This has relented as I’ve slowly released some of my emotional steam – but this is definitely still an area for progress!

I’ll explore in the next post more about how I used the guidance available to shape how I’ve approached conversations. In the meantime, I’d be intrigued and grateful to hear your stories of how conversations play out in your community groups and beyond:

Some useful resources on how to avoid pitfalls if you do want/need to talk science:

Insight from The Debunking Handbook by Cook and Lewandorsky, 2012: When trying to debunk myths, choose a few key facts which counter the misinformation. Proffer too many, and you risk inadvertently reinforcing the myth.

Some climate science terms that can unwittingly distort your entire meaning because of their different common meaning – and suggested replacements (Somerville et al., 2011, Communicating the Science of Climate Change). 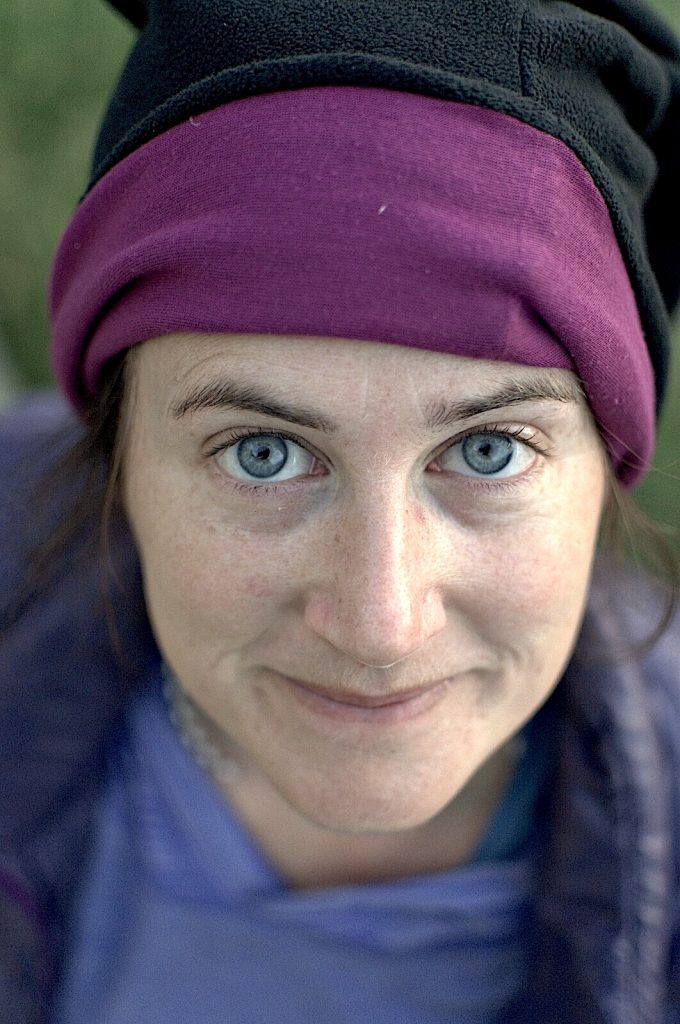 We like life: Talking climate from the light side